Raleigh, North Carolina, couple Deena Murphy and Timothy Sullivan are suing the production company of HGTV’s “Love It or List It” for what they allege was “shoddy” renovation work done on the show.

“Love It or List It” features property owners whose homes no longer fit their needs. The show has two hosts, interior designer Hilary Farr and real estate agent David Visentin.

Farr and Visentin compete to get the homeowners to either “love” their home again through Farr’s renovations or “list” it because Visentin has found the perfect home to fit the homeowner’s needs.

Murphy and Sullivan owned a rental property they needed to renovate so they could move into it with their teenage foster children. Instead of taking on the renovation solo, the couple applied to be featured on the show.

They were chosen, and agreed to make a $140,000 “deposit” with Big Coat, the show’s production company. The deposit would be used to pay for work done by Aaron Fitz or his subcontractors.

According to the lawsuit, the couple says they told Big Coat that they wanted to use another contractor since Fitz had received low ratings on Angie’s List.

In addition, the couple says Fitz didn’t provide any original designs. Instead, he created a scaled-down version of designs the couple had commissioned from Werx-Design Build and Thomas W. Deloach, Jr. before applying to be on the show.

Murphy and Sullivan allege Fitz “irreparably damaged” the home’s floors by installing haphazard ducts that left holes rodents and other animals can easily come through, and the couple says Fitz used cheap, industrial carpeting, left surfaces unpainted and even painted the windows shut. In the end, Big Coat paid Fitz $86,786.50 for his work.

In the suit, the couple questions why Fitz wasn’t paid according to the terms of the contract and allege that Big Coat acted as the general contractor, not Fitz.

The homeowners are seeking damages for damaged floors, windows painted shut and more.

Furthermore, Murphy and Sullivan say they were stuck with the home since they weren’t shown alternative homes by any North Carolina licensed real estate agent who could actually take them through the homebuying process (Visentin is only licensed in Canada).

In addition to seeking damages because of alleged inadequate renovation work, the couple is suing for a breach of contract, unfair trade practices that violate North Carolina’s contractor laws and a conflict of interest due to the television show’s business model in which the majority of its revenue comes from advertising.

“We are aware of the lawsuit,” Maria Armstrong, CEO and executive producer of Big Coat Productions/Big Coat TV, said in a statement.

“Because this matter involves ongoing litigation, our attorneys have advised us and we feel that making a comment would be inappropriate at this time. However, we do intend to vigorously defend what we consider to be false allegations.”

Want to see the renovations yourself? Catch the episode on April 23 at 7 p.m. EST. 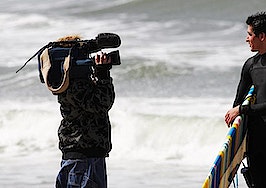 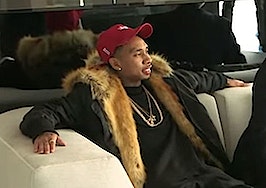 James Corden: the next 'Million Dollar Listing' star?
Back to top
Only 3 days left to register for Inman Connect Las Vegas before prices go up! Don't miss the premier event for real estate pros.Register Now ×
Limited Time Offer: Get 1 year of Inman Select for $199SUBSCRIBE×
Inmanpot
Log in
If you created your account with Google or Facebook
Don't have an account?
Create an Account
Forgot your password?
No Problem