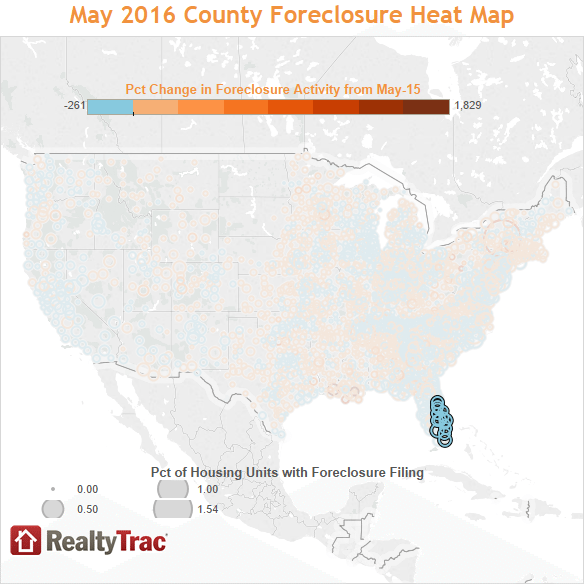 On an annual basis, the Miami-Fort Lauderdale-West Palm Beach metro area saw a 50.09 percent decrease in foreclosure activity. In May 2016 there were 2,672 real estate owned properties and homes in the process of going under foreclosure — a 6.12 percent dip over April 2016.

The metro area is divided into Broward, Miami-Dade and Palm Beach counties. All three posted decreases on an annual basis, but Broward was the only county that also saw a decrease on a monthly basis. Broward County had a monthly dip in foreclosures in May 2016 of 24.79 percent.

Miami-Dade and Palm Beach counties saw a 1.13 percent and 19.16 percent increases on a monthly basis in May.

Over May 2015, Broward County saw a decrease of 62.61 percent in foreclosure activity. That was the largest fall of the three counties, but Miami-Dade County was still strong with a 45.15 percent fall. Palm Beach County had the smallest annual dip of 28.94 percent in May.