The U.S. Treasury, HUD (Department of Housing and Urban Development) and FHFA (Federal Housing Finance Agency) have combined to write a new “white paper” on foreclosure prevention — it was released on Monday. Much as I hope that its conclusions will not have to be used in large numbers any time soon, it is by far the best foreclosure work to come out of the government during or since the late Bubble.

The U.S. Treasury, HUD (Department of Housing and Urban Development) and FHFA (Federal Housing Finance Agency) have combined to write a new “white paper” on foreclosure prevention — it was released on Monday.

Much as I hope that its conclusions will not have to be used in large numbers any time soon, it is by far the best foreclosure work to come out of the government during or since the late Bubble.

The report leads with five bullet points — four of them obvious, the fifth one the source of progress. 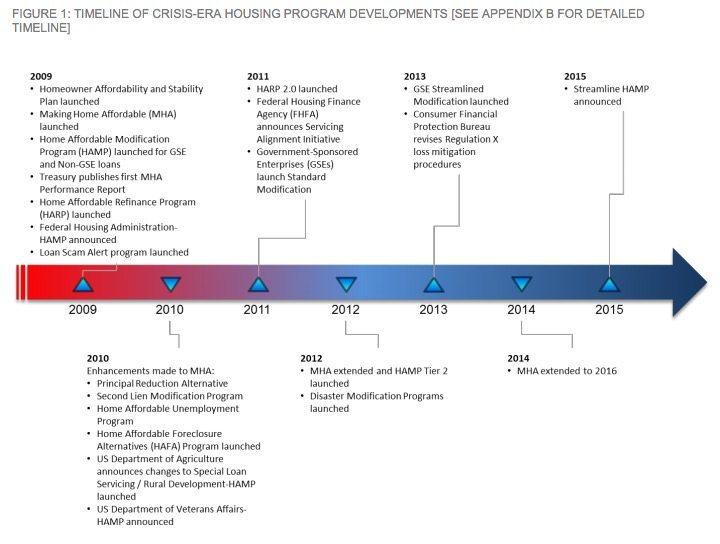 The fifth point — “sustainability” — now we’re getting somewhere. During the late Bubble the Obama Administration, with the best compassionate intent, insisted that the overriding priority in meliorating foreclosures was to keep the owner in the house.

Nevermind plentiful and affordable rental housing nearby. And especially nevermind households obviously too weak ever to recover — defined as “someday after forbearance and modification able to make amortizing payments at a large fraction of market rates.”

That insistence resulted in a lot of bad work by servicers who weren’t doing well anyway. Keep-them-in-the-house meant pretense.

We’re going to pretend to modify, pretend to recast, forbear payments for a time but with no future. The command to keep-’em-in also wasted years in arguments about principal reduction — a complete non-starter unfair to taxpayers and to neighbors who made their payments while in pain, and many still underwater versus value. But paying.

The worst damage done by pretend workouts has been and still is the freezing of judicial foreclosure by well-intended political pressure. The data firm Black Knight in each of its monthly reports shows the consequences: In the half of states which have foreclosure by public trustee, a quick and mechanical process, markets have cleared of foreclosure and are healthy.

The worst damage done foreclosure workouts is the freezing of judicial foreclosure.

In the other half of states in which lenders must go to court to foreclose — and the judicial process has been highjacked — markets are still knee-deep in distressed loans and property, and markets hurt by the overhang.

The market mechanism has been lost on the compassionate politicians. If we allow a market to accumulate large numbers of distressed homes, they tend to deteriorate and hurt the neighbors’ values. Worse, a buyer in such a market can bide his time as a “cripple-shooter” (in Okie vernacular), waiting for the next home to come on the market at a giveaway price. The overwhelming lesson: to recover, we must clear markets of distressed homes.

How we fixed the 1980s foreclosure problem in the southwest

Too far back for most readers: In the mid 1980s, the southwest had a bad foreclosure problem resulting from the oil bust and savings-and-loans overbuild.

HUD in its Denver office quickly set a policy: We’ll make one serious and thorough effort to modify loans for households with sustainability — demonstrated by income and debt payments, the basics of good underwriting of any loan. Those either not able to pass the test or who failed a trial period — foreclosure. Period.

Get the house back on the market immediately and offer favorable HUD (FHA) financing to all comers. Our market cleared very quickly, in just three years, from a market in many ways worse than the Bubble.

Lest you think me too cruel or cold, my mother’s family lost her Ada, Oklahoma, home to foreclosure, she the youngest, 13 in 1932. Her dad’s business had failed, and then he died.

I know exactly what foreclosure can mean. Her mother, who got all five kids through the Depression, when asked many years later to tell the tale, said “We got on with what we had to do.” 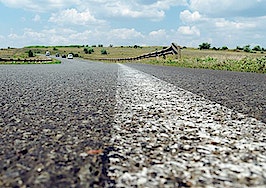 What to pay attention to in the finance 'silly season'