Oh, goody. More chaos. Long-term rates all over the world have been cruising lower, pulled down by trouble over there — trouble which we’ve known about for years, but which Brexit emphasized.

Long-term rates all over the world have been cruising lower, pulled down by trouble over there — trouble which we’ve known about for years, but which Brexit emphasized. The rate downslide got an extra boost from behind last month from news that the U.S. labor market had all but stalled.

The U.S. 10-year T-note reached 1.33 percent on Wednesday, an unthinkable new low, and mortgages made it briefly to 3.375 percent.

Now what?!? Fed back in play? Bonds and mortgages clobbered, rates rising?

Nah. Nothing changed. Not in markets. Stocks last week were excited about something, but the stock market gets hot flashes about nothing at all.

However, I am very much surprised that the bond market has ignored payrolls and other positive incoming data. Mortgages are still under 3.50 percent, and the 10-year right where it was last night, 1.37 percent.

Not all of the payroll report was grand. Average hourly earnings rose only 0.1 percent. Markets are wise to be suspicious of employment statistics, period, as it’s not clear what we’re measuring: if wages are not growing, who cares how “tight” the job market gets?

But, the twin ISM (Institute of Supply Management) reports for June, out in just the last five trading days — these were quite healthy. There is no sign of U.S. slowdown, let alone recession. Maybe the outside world will get in enough trouble to slow us down, but not yet.

So, if the picture here is good, how awful does the outside world have to be to hold our rates down this way?

Awful, and it is.

Brexit still gets the headlines, but that story itself gets too much attention. U.K. commercial real estate has been hurt by uncertainty. Sterling has dropped, but that will be a stimulus. U.K. bond yields have fallen also — opposite the usual pairing with currency weakness — meaning a lot of people have gone to those bonds for safety, not sold.

The narrow U.K. story will begin to calm as soon as either Ms. May or Ms. Leadsom becomes prime minister and gets on with things, and she will.

(Sidebar: Margaret Thatcher story. Allegedly she and her ministers — all men — went out to dinner together. The oily-smooth Maître d’hôtel asked the Iron Lady for her order. “I’ll have the beef.” And the vegetables? “They shall have beef also.”)

Real trouble lies on the continent. You know how touchy the Germans are. The International Monetary Fund this week said (gulp) that Deutsche Bank is the riskiest financial institution in the world as a source of potential external shocks to the financial system.

And we thought Italy’s banks have problems.

Embedded bank issues in the euro-zone may at last force Germany into a group fix. Everyone has known for six years that either the euro area will remain a rich and richer Germany while all the others deteriorate, or Germany can do its part: run a budget deficit, get its own inflation over 3 percent, and run a trade deficit with the rest of the euro zone.

Mutualizing debt is probably impossible, but that short list the Germans could accomplish, and give the others some basis for optimistic austerity. As things are, German bonds trade minus-0.187 percent.

China has seized on the Brexit currency chaos to devalue the yuan. So many currencies are moving so far so fast that China will not be held to account. But one of the strongest others has been the yen — not a “flight to safety,” just yen-denominated carry-trade loans being paid back. Japan cannot make a living at yen 100/$, evidenced by its 10-year bonds trading minus-0.287 percent, and the Bank of Japan will intervene, adding the next leg to the currency war.

Back to here. This week’s U..S data say that the election thus far has not caused U.S. businesses to pull back from risk. However, one anti-Trump Republican described this year’s choice of candidates as a “dumpster fire.”

If for any reason Trump’s poll numbers begin to climb, then risk-takers will go to bunkers. And for real chaos, keep an eye on the numbers of the Johnson-Weld Libertarian ticket. They aren’t really Libertarians, but they are electable, and even if not could shove the whole dumpster into the House. 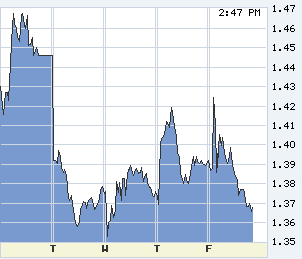 U.S. 10-year T-note in the last week. You can see the jump on the good ISM number Thursday morning, and the payroll surprise today, and then right back down. 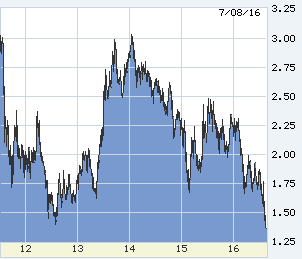 U.S. 10s in the last five years, the new-record low holding. That it has held and not popped back up may be the biggest surprise of the week. 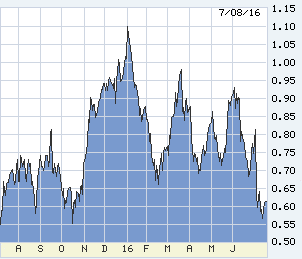 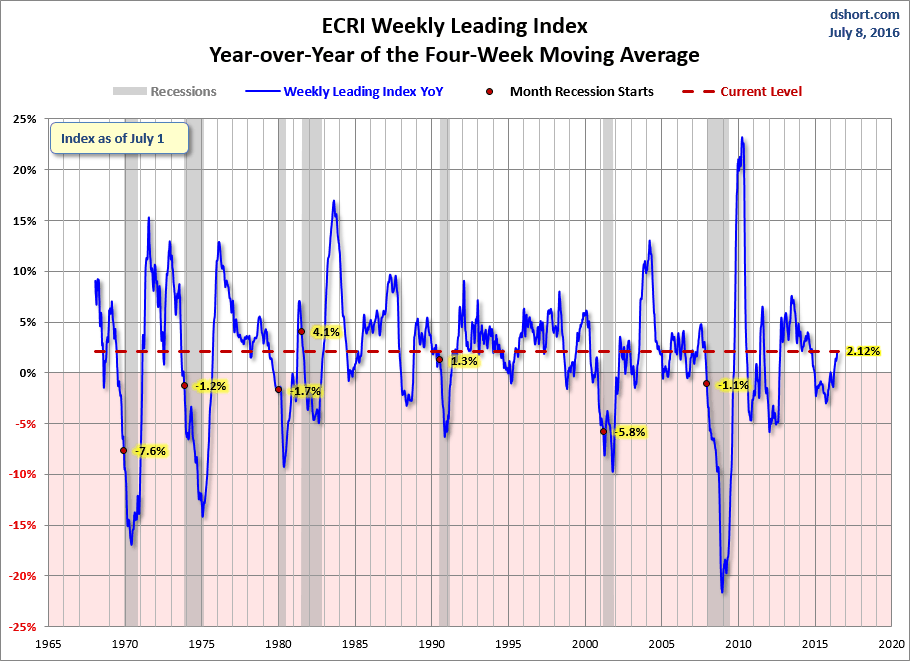 The ECRI (Economic Cycle Research Institute) has been the best recession predictor in the game, but has found steady if small improvement in the US economy in 2016. 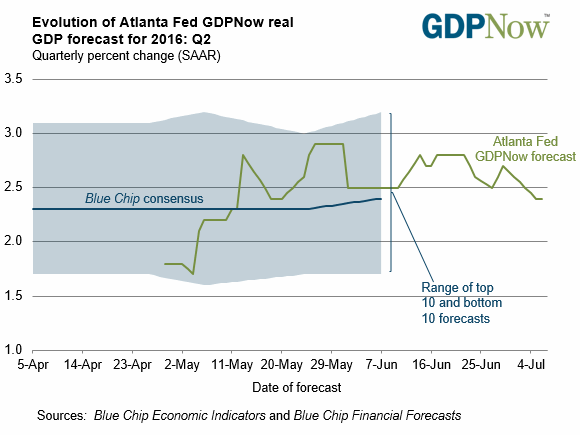 We are early in Q3, and tailing a little, but there’s nothing wrong with the 2.5 percent growth in Q2 and likely 2 percent-plus in the 3rd.

8 rules of refinancing when mortgage rates are falling 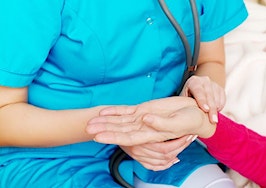