Rents continue to rise throughout the nation, fueled by strong job growth, demand and the continued fall of homeownership, accoridng to real estate data and software firm Yardi. In the 119 markets covered by Yardi, the average apartment rent in the nation topped the June average by $4 to reach $1,217, according to the most recent Matrix Monthly report.

Rents continue to rise throughout the nation, fueled by strong job growth, demand and the continued fall of homeownership, accoridng to real estate data and software firm Yardi.

In the 119 markets covered by Yardi, the average apartment rent in the nation topped the June average by $4 to reach $1,217, according to the most recent Matrix Monthly report.

The usual suspects are leading the pack in year-over-year growth and demand, including Sacramento, Los Angeles, Seattle and the Inland Empire. New supply and lack of affordability are causing some metros such as Austin, Houston, Denver and San Francisco to start to moderate.

Annually, rent prices increased 5.5 percent, Yardi says, down 10 basis points from the month prior and 120 basis points lower than the peak last October. And while the growth is still strong, several factors are pointing toward the continued moderation of rental price increases.

Year-to-date rents are up 4.6 percent, which is higher than full year expectations. And because rent prices typically cool in the second half of the year, renters may find a deal headed into the fall season.

New supply is also adding a new element, accoridng to the report. As demand pushed hard into the supply of rentals, prices rose fast and steady. Now that there are more options and more inventory, growth isn’t as forced.

However, it depends on the metro.

Growth in Houston is slow, almost painfully, but the Lone Star metro is expected to see 3.4 percent rent growth by the end of 2016. Year-over-year job growth is really putting a damper on rental growth: as of May 2016, the job market grew only 0.4 percent annually.

While still on the low end of the spectrum but slightly higher than the eight-year average, rent growth in Chicago, Baltimore, San Francisco and Washington D.C. was slow, the report says. Chicago’s rent is forecasted to grow 2 percent by the end of the year, even though the city had a fairly high occupancy rate — 96.3 percent — in June, which was unchanged monthly.

San Francisco landed at the end of the pack for growth year-over-year in July, but the metro ranks in the no. 1 spot for rent growth by the end of the year, by which rent is expected to climb 10.5 percent.

Baltimore and D.C. are used to being at the end of the list, but these mature markets are still fairly strong. In D.C., the occupancy rate was 96.4 percent in June, unchanged month-over-month, and rent growth is expected at 1.2 percent by the end of the year.

Miami was also reported below the national average, but with a stronger growth year-over-year. Miami rent growth is forecasted at 5.6 percent by year-end. Year-over-year job growth as of May was moderate here, at 2.6 percent.

Sacramento, Los Angeles and the Inland Empire all ranked high on the list for annual rent growth in July. L.A. saw the third-highest annual growth in nation in June, and by the end of the year the metro is expected to see 7.1 percent growth in rent. 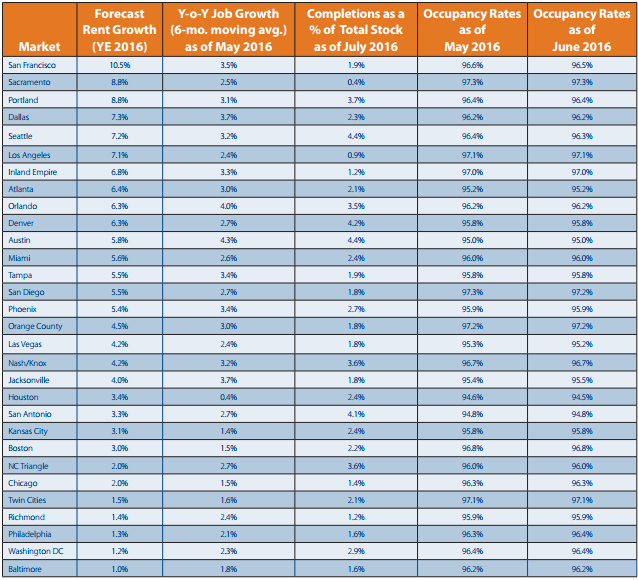 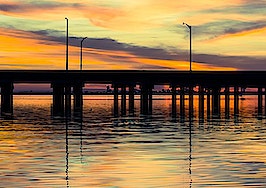 Forget dreams, goals and plans -- start with your why 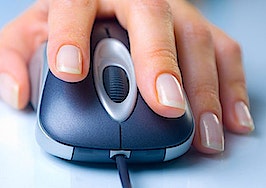