Is the EB-5 investment visa really dead? Iowa Senator Charles E. Grassley would certainly like to think so. Late last year, he led an effort in Congress to change the program in ways that could make it much less successful.

Ultimately his effort failed, and the EB-5 program was extended unchanged for a year, though it is due for renewal again later this year.

The Immigrant Investor Program, also known as “EB-5,” was created by Congress in 1990 to stimulate the U.S. economy, create jobs and funnel investment from overseas into the U.S.

For the real estate industry, which accounts for the majority of EB-5 investment, the result has been reduced funding costs, improved profitability and the ability to proceed with some projects that otherwise would have remained just plans and renderings.

At its simplest, the program involves EB-5 investor migrants putting forward at least $500,000 and proving their money created or preserved at least 10 full-time jobs for U.S. workers.

In return, they potentially obtain U.S. residency for themselves and their immediate family. They also run the risk that they could lose all the money they put up, or the project they invest in could fail to create enough jobs to qualify for residency.

According to Forbes, “According to the Asia Society, 20,000 Chinese individuals were awarded the EB-5 immigrant investor visa. That’s for people coming to the U.S. with a few million to sink into job creating endeavors, not just house hunting.

“And within that EB-5 program, China accounts for 70 percent of the visas. All told, they’ve brought in $9.5 billion into the U.S., or roughly $1 billion per year over the last 10 years.”

China accounts for 70 percent of EB-5 visas — bringing in about $1B annually for the past decade.

What’s next for the program?

Real estate developers still have great demand for this source of capital.

Juwai.com works closely with EB-5 project organizers, creating online and offline campaigns to reach potential investors. Our experience shows us that there is still great desire in China to take advantage of the opportunity EB-5 offers.

Participants on both ends of the transaction are becoming more sophisticated. Investors, for example, now better understand that their money will truly be at risk.

As a result, they increasingly prefer to work with high-quality developers, top-tier locations and professional organizations that can satisfy their desire to minimize the potential for loss of funds or failure to attain residency.

For their part, developers are increasing reporting and transparency and shunning shady Chinese agents who promise to deliver interested investors — but too often mislead investors about the terms of the transaction.

EB-5 is not dead. It is just that is has grown up.

EB-5 is not dead. It is just that is has grown up. 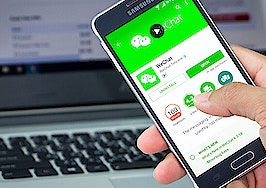 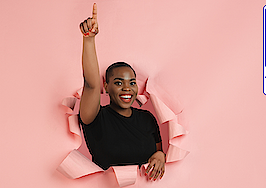