The housing market in the Chicago suburbs is ending the summer on a high note, according to new data released by Midwest Real Estate Data and Mainstreet Organization of Realtors (MORe). Measuring data from 200 surrounding communities in the Chicagoland area, the July housing data covers DuPage, Lake and suburban Cook counties.

The housing market in the Chicago suburbs is ending the summer on a high note, according to new data released by Midwest Real Estate Data and Mainstreet Organization of Realtors (MORe). Measuring data from 200 surrounding communities in the Chicagoland area, the July housing data covers DuPage, Lake and suburban Cook counties.

The low inventory of homes in the suburban communities have helped to propel housing prices and sway the market in favor of homesellers, the report says.

“The spring uptick in sales occurred early this year – in February – when we saw a greater number of houses come onto the market then. As a result, our inventory in July this year is lower than in years past,”  MORe President Lynn Madison said in a statement.

In the entire area covered, the median sales price of a home increased 6.6 percent annually to $260,000 in July. Fueled by falling inventory, homes are coming off the market quicker. The days on market was 80 days, down 8.1 percent over the previous year.

The number of homes sold also dipped from 4,388 to 4,032 in the month compared with the same time the previous year. However, the number of single-family homes under contract dipped 9.6 percent to 4,134 properties.

“It’s still a sellers’ market, however, with the increase in prices we have seen in the past few months, some buyers are not willing to pay the optimistic prices the sellers have set,” Madison said. “We will monitor the market for the next couple of months to determine if this is a normal correction or if we will continue to see buyers resist seller’s higher asking prices.”

The biggest median sales price gain on a month-to-date basis in July was reported in Melrose Park, which saw a 50 percent gain. The median sales price of $187,450 was paired with a 70.9 percent dip in average market time during the same time frame, as homes sold in an average of 46 days compared with 158 the year prior.

In Chicago Ridge, number of homes sold in July on a month-to-date basis in July increased 140 percent to a total of 12 homes sold. The area did, however, see a 113.9 percent increase in average market time, to 77 days.

Burr Ridge had the highest reported median home value in July 2016 in the Chicago suburbs covered by MORe, at $570,500, which was a 5.3 percent dip year-to-date in July. The neighborhood did see a 60 percent gain in houses sold during the same period and an 18.9 percent dip in average market time. Homes in Burr Ridge were listed for an average 155 days in July.

One of the most notable decreases in average market time was reported in Hoffman Estates, where the month-to-date change in July 2016 was 62.4 percent. The number of houses sold fell 7.1 percent, and the median price dipped 6.5 percent in the area during the same time frame.

3 developments for buyers and renters to enjoy Chicago summers 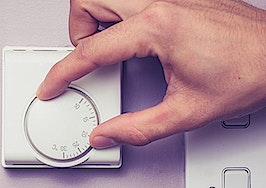