By Nela Richardson; reposted with permission from Redfin 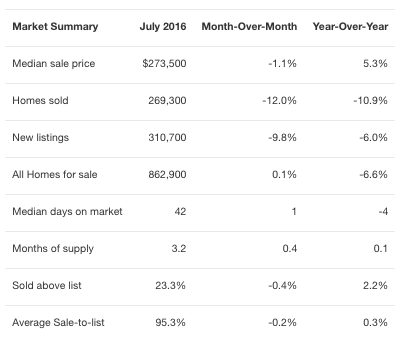 Home sales fell 10.9 percent nationally as the median sale price increased 5.3 percent in July from a year ago. New listings slid by 6 percent, the largest year-over-year decrease in 2016, which has been a year starved of home supply. For the third month in a row, the number of homes available for sale fell by more than 6 percent.

July posted the biggest national sales decline since April 2011, but there’s a good reason not to panic. The slowdown last month has more to do with this year’s calendar than buyer demand. Most of the drop is due to the fact that business days, when people usually close on home sales, were fewer in July. Because the month started on a Friday, there were five full weekends plus one national holiday, leaving only 20 days available for home closings.

To determine just how much of the drop in sales can be attributed to the calendar, Redfin analysts calculated the average frequency at which home sales closed on each day in each month since 2010. Redfin data shows that the lion’s share of closings happen on Fridays. Homes very rarely close on Saturdays or Sundays. This July contained a below-average number of business days (2.3 percent lower than average), while July 2015 had the most favorable day-of-week setup for closings of any month on record (5.3 percent higher than average). 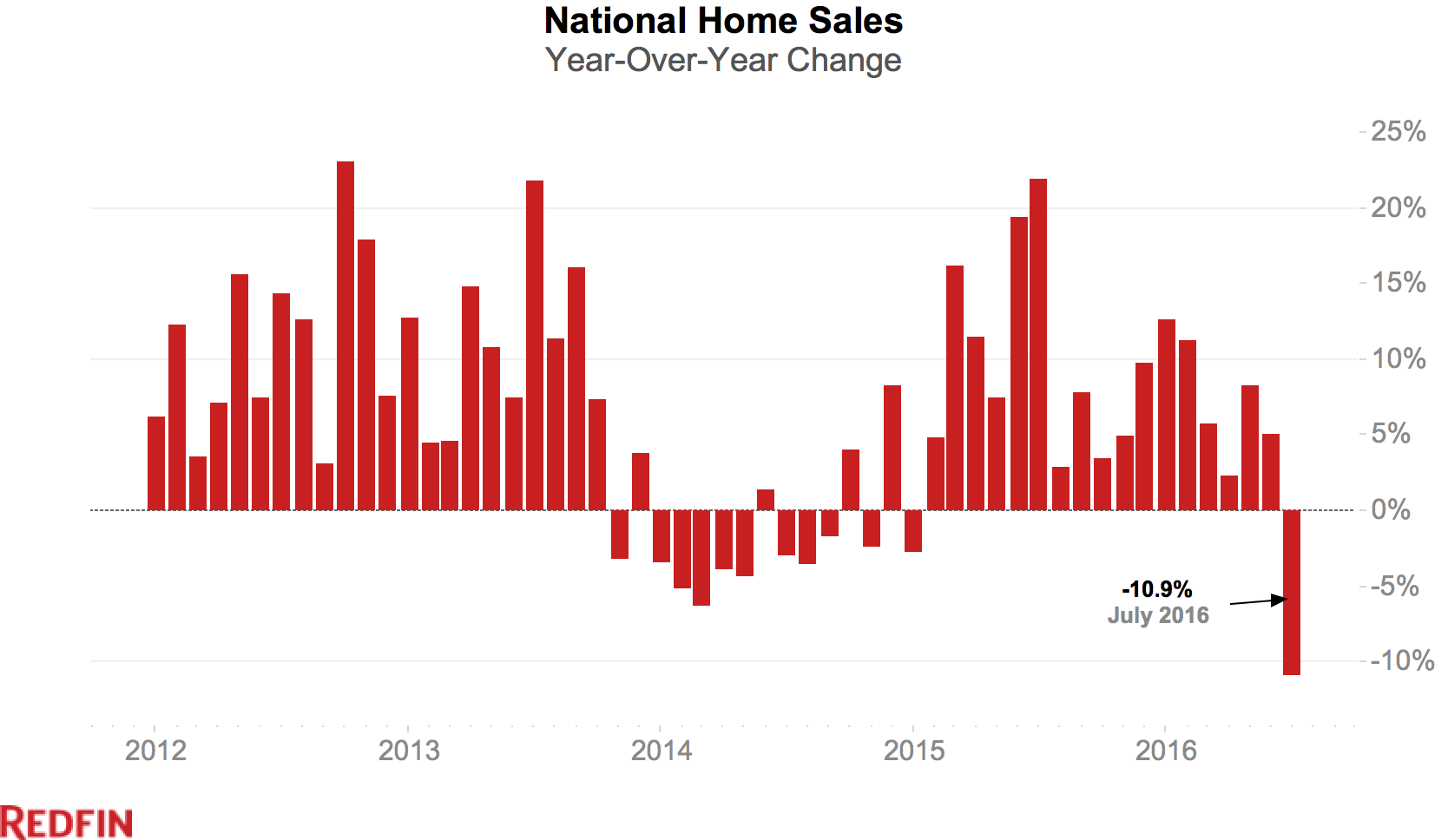 The upshot, according to Pete Ziemkiewicz, Redfin director of analytics, is that  “every month is a snowflake with a different number of Fridays and Saturdays and Wednesdays. All else equal, we’d expect the number of homes sold throughout the U.S. to be 7.5 percent lower in July 2016 than it was in July 2015, simply because of the way the days laid out on the calendar.” 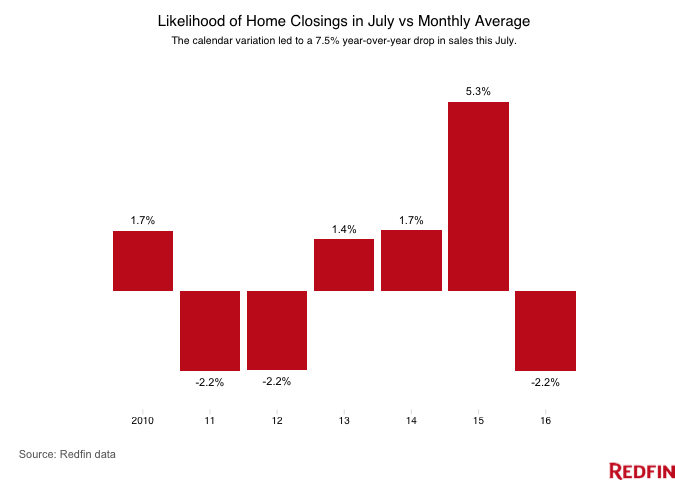 Year to Date, Sales Are Up

Not all of last month’s sales decline was due to the calendar. Election anxiety, stock market queasiness and general economic malaise combined with the lack of available homes on the market to drive sales lower as well. Redfin attributes roughly a third of the July sales decline to these slowing market trends.

“While the inventory crunch is showing no signs of loosening, I have noticed that prices have begun to stabilize,” said Redfin real estate agent in Chicago Luis Vasquez. “Recently, I’ve been getting calls from listing agents asking if my clients are still interested in homes they saw several days or weeks ago, letting me know they’ve dropped the price. It’s been about two years since I’ve gotten those kinds of calls. There’s a sense of anxiety among both buyers and sellers, which I think can be attributed to the uncertainty around the upcoming election and to the perceived health of the economy. Some buyers are concerned that home prices are topping out and don’t want to get caught in a market that’s getting ready to tumble back down.”

Despite July’s big miss, sales were up 4.8 percent in the first seven months of 2016 compared to the same period last year. Two-thirds of Redfin markets have seen sales increase so far this year. In contrast, a disproportionate number of markets in Florida and California saw sales decline this year compared to last year. 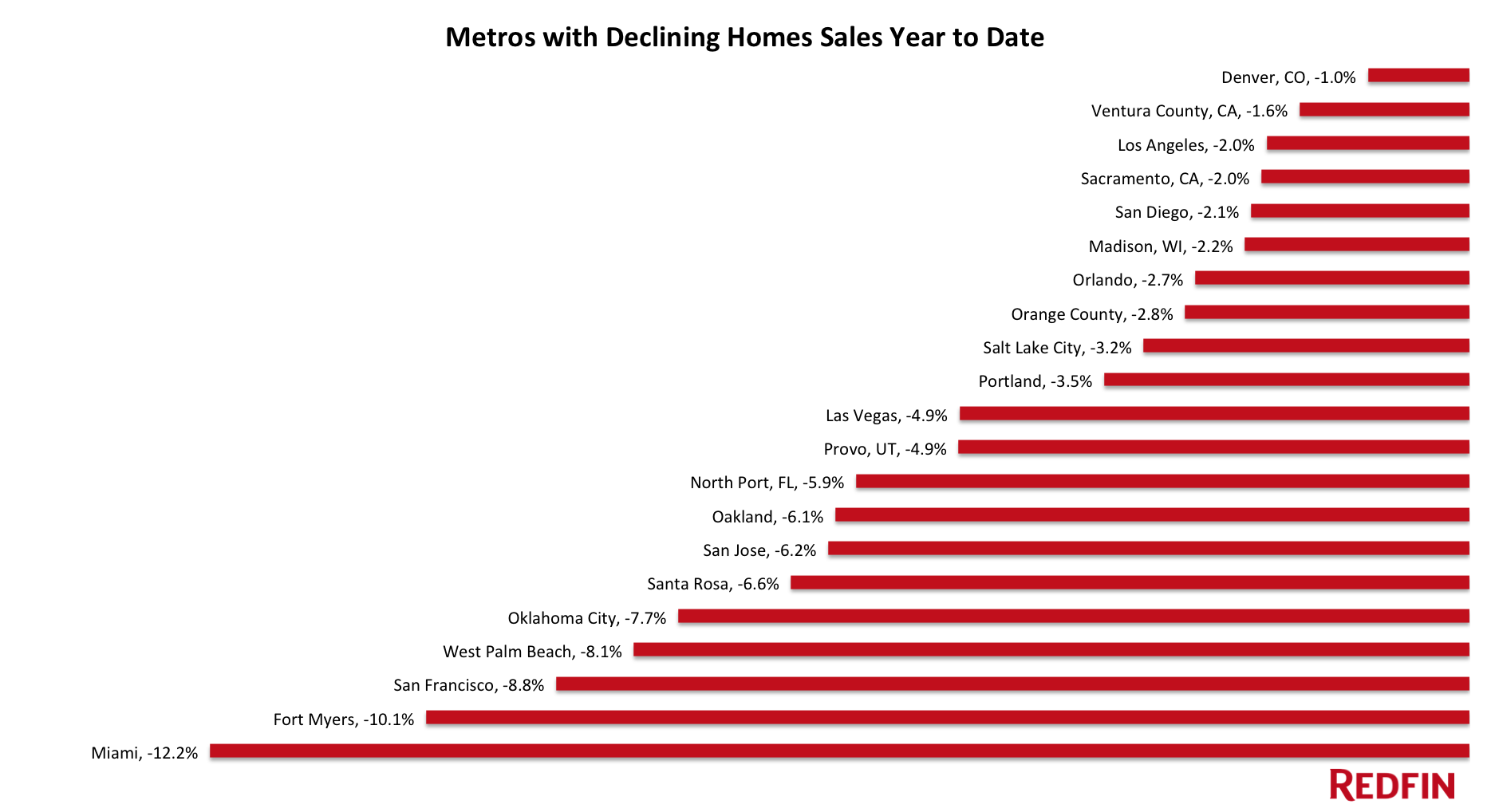 You can download data from the July Market Tracker in an Excel spreadsheet. The tables that follow feature Redfin’s largest metro regions.  For all of our data coverage, visit the Data Center. 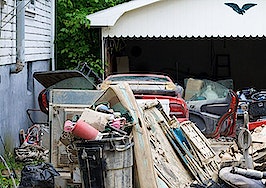