A Colorado Division of Insurance (CDOI) proposed rule that passed on August 16 effectively bans MSAs between title insurance providers and their real estate and other settlement service partners in Colorado.

The state of Colorado has the real estate and settlement services’ industries number when it comes to the controversial topic of marketing service agreements (MSAs), and it’s 8-1-3.

That’s the title of a Colorado Division of Insurance (CDOI) proposed rule that passed on Aug. 16, effectively banning MSAs between title insurance providers and their real estate and other settlement service partners in Colorado.

It’s an extraordinary stance for a state to take, as the federal Consumer Financial Protection Bureau’s (CFPB) broad application of the Real Estate Settlement Procedures Act (RESPA) continues to create enough national confusion that large players like Wells Fargo have put down their cards and walked away from the MSA game entirely.

Acting because the CFPB hasn’t

Although the CDOI has been working for at least three years to make other key revisions to its title insurance regulations, the division didn’t act alone in enacting 8-1-3; it may surprise some to learn that it worked closely with title insurance professionals in its Title Insurance Producer Licensing Working Group to draft and fine-tune the new rules.

Although MSAs are probably the hottest regulatory topic du jour, according to Robert Howe, president of the Land Title Association of Colorado (LTAC), the industry’s offer to self-police itself and decision to support a prohibition on MSAs was actually a quick and easy one.

“It was hardly a lightning-rod issue for the group,” Howe said. “There was some discussion about the current activity and recent enforcement actions that were done by the CFPB, and comments coming out of the CFPB regarding those agreements.

“This was an effort to bring more clarity to a number of issues, and it’s something we are all certainly looking for on a federal level. We started with some language that had certain conditions in it for certain business practices, but then we moved in the direction of having an outright ban.

“There was no controversy in getting it passed, no groundswell of concern.”

That’s because MSAs aren’t very common in Colorado, a state where for more than a decade, regulators have had a contentious relationship with affiliated business arrangements, joint ventures and other market conduct that fall under RESPA’s anti-inducement microscope.

So why is a state where MSAs aren’t even commonplace boldly going where the CFPB has yet to go? And what does this title insurance regulation mean for real estate professionals?

“This has nothing to do with Colorado’s business or regulatory environment,” said Scott Peterson, the general counsel for the Colorado Association of Realtors. “We have a reasonably cautious, above-board regulatory and business climate.

“This has everything to do with the CFPB’s unwillingness to give us any kind of clear direction.”

‘This has everything to do with the CFPB’s unwillingness to give us any kind of clear direction.’

The CFPB has been gunning for MSAs for at least three years.

Once the bureau opened its doors for business in 2011 and got its investigative feet wet by wading into the RESPA probes it inherited from the real estate industry’s regulatory predecessor, the Department of Housing and Urban Development (HUD), it wasn’t long before it determined that MSAs pose “substantial legal and regulatory risk.”

Soon the industry was swimming upstream against a tide of splashy headlines boasting of big consent orders and settlements over alleged illegal MSAs — and title insurance companies seemed to be the CFPB’s preferred scapegoat.

In particular, the CFPB raised lots of eyebrows in September 2014, when it levied a $200,000 penalty against Michigan title company Lighthouse Title for entering into what the bureau called “illegal quid pro quo referral agreements” with real estate brokers and others.

But it was what the CFPB said about Lighthouse Title’s MSAs that really confounded the industries it oversees.

Offering what many compliance experts still consider an overly broad, overreaching interpretation of RESPA, the bureau declared that an MSA contract, in and of itself, is a “thing of value” exchanged between partners in consideration of the referral of business, giving MSA contracts the same dubious distinction as shady booze cruises and cheap desk rentals — a proclamation that flies in the face of HUD’s traditional interpretation of RESPA.

That revelation had an immediate chilling effect on MSAs nationwide, with many large lenders, real estate brokers and others rewriting their MSA contracts or even exiting such agreements altogether.

The uncertain regulatory environment continued for another year until October 2015, when the CFPB put out a bulletin explaining that “while marketing services agreements are usually framed as payments for advertising or promotional services, in some cases the payments are actually disguised compensation for referrals.”

“Any agreement that entails exchanging a thing of value for referrals of settlement service business likely violates federal law, regardless of whether a marketing services agreement is part of the transaction,” the CFPB stated in the bulletin.

“Why doesn’t the CFPB just ban MSAs already?” Many wondered, and are still wondering.

“The CFPB has consistently shown an unwillingness as a regulatory body to define what is and what is not appropriate with regard to MSAs, despite the fact that RESPA specifically allows for MSAs between settlement service providers under certain conditions,” Peterson said.

“I teach a lot of compliance seminars and classes, and I tell these groups that the CFPB says, ‘You can do one thing over here, but don’t do the exact same thing over there, or we’ll hit you with a two-by-four.’”

The CFPB did not respond to a request for comment on Regulation 8-1-3 by press time.

And while the rest of the industry waits for the bureau to drop another MSA enforcement action, Colorado’s title insurance industry has washed its hands of the issue.

Reading between the lines

The stated purpose of Regulation 8-1-3 was “to ensure that consumers receive the benefits of competition in the area of title insurance and to ensure consumer protection. The regulation also proscribes unlawful inducements, deceptive trade practices and discriminatory acts, all of which are detrimental to the consumer, and in the aggregate, may threaten the solvency of title insurance companies and title insurance agents.”

Borrowing heavily from RESPA, the 12-page rule defines what’s permissible for title insurance providers when it comes to:

The rule also defines what market conduct isn’t permissible, and concluding the CDOI’s 21-point list of what it considers to be illegal inducements is one succinct sentence: “A marketing arrangement, commonly referred to as a marketing services agreement (MSA), between a title entity and settlement producer that in any way is designed to disguise the payment of referral fees.”

“But you can still construct some kind of arrangement based on things they say are OK,” Trepeta added, commenting on some of the regulation’s other provisions.

Vincent Plymell, communications manager for the CDOI, noted that Regulation 8-1-3 does not prohibit all marketing activity between title insurance producers and others.

For example, Section 5(D)(11) allows marketing activity as long as the industry charges fair market value for the work performed and makes a good-faith effort to collect payment.

The MSA ban simply prohibits those types of agreements that individuals within the industry argued did not meet that standard, Plymell said.

“Understand that individuals from within the title insurance industry were the driving force behind the change in the regulation,” Plymell said.

“The division held approximately 10 stakeholder meetings about the proposed regulation, we held a rulemaking hearing where we received public comment and we received written comments after the hearing.

“In all three instances, we heard concerns from individuals within the title insurance industry that MSAs are often used to disguise kickbacks for the referral of title business.”

MSAs that were in effect prior to the regulation’s Aug. 16 effective date are “grandfathered in” until the end of their contract terms, Plymell said. Those grandfathered MSAs will have to comply with the state’s earlier Regulation 3-5-1.

Plymell added that the CDOI is in the process of developing a list of frequently asked questions (FAQs) on Regulation 8-1-3, and it hopes to make that list available sometime this fall.

“We’d like to see a fairly robust library of FAQs as the next step, because there are certain factual situations or details that you can lay against the regulation right now, and the answers may not be black and white,” Howe said.

“There needs to be a lot of discussion about putting the regulation into a business development context, with questions like: can you still get out in a golf cart with your partner, and how that needs to happen. We hope to address some of these questions and issues and get more clarity out there.”

Regulation 8-1-3 only governs title insurance entities; it does not extend to anyone else who is not engaged in the business of title insurance — but it may still impact the real estate industry if brokers and agents are involved in an MSA with their title insurance partners.

“I’ve been a little surprised by the breadth of 8-1-3, because I don’t know that anyone can point to an event or series of events that caused it,” Peterson said. “Since 8-1-3 went into effect, I don’t know that we have seen a lot of fallout just yet, but some things could be really problematic for agents and brokers, like offering classes and that kind of thing.”

Still, “MSA use has declined so much, it will probably have less of an impact in the real estate realm than I expected,” Peterson said.

Trepeta said the Colorado-based members of RESPRO — which advocates for some of the nation’s largest brokers, franchisers, mortgage lenders, title insurers and agents, homebuilders, home warranty companies and other settlement service providers — aren’t too concerned about Regulation 8-1-3 because many of them have already opted out of MSAs.

However, he said the regulation could impact “the up-and-comers who want to offer one-stop shopping.”

“For many small companies, MSAs are the cheap way to do an affiliated business arrangement,” Trepeta explained.

“If you can’t set up a mortgage banking company and put up $2.5 million to get FHA approval, what you can do is say, ‘Hey, lender, I want to work with you, and I will market you as part of a one-stop shopping team.’

“Instead of setting up a mortgage or title company, you could do an MSA and then as you grow, change it to a joint venture.”

Although 8-1-3 is a title insurance regulation, and the CFPB’s enforcement division has targeted title insurance providers, the real estate industry should still be hypervigilant about the current regulatory environment, Trepeta cautioned.

“It may be that the bureau feels most comfortable going after mortgage companies and lenders, because that is their direct oversight area. And the CFPB has concerns about the title industry, in general,” he said.

“But I tell our real estate members, they will get around to you — eventually.”

Peterson agreed, noting, “Brokers have more control over the selection and recommendation of title professionals to their clients, so they should have a high level of caution with regard to RESPA compliance.”

Will the regulation spur the CFPB to take formal action on the subject of MSAs, or will other states follow in Colorado’s footsteps? Peterson said he isn’t sure.

“I don’t know if anything will influence the CFPB to do something, because there is no mandate that they do so,” he said. “But I do wonder if the next shoe to drop will be some of these affiliated business arrangements. I see more problems with those than I do with MSAs.” 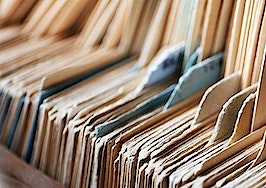 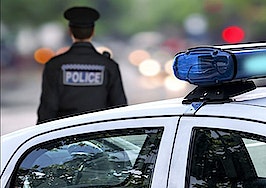