Nothing like a recession to make homebuyers savvier with their investments. This new level of due diligence encourages guides to the best real estate markets, including WalletHub’s annual analysis of 300 U.S. cities.

Nothing like a recession to make homebuyers savvier with their investments. This new level of due diligence encourages guides to the best real estate markets, including WalletHub’s annual analysis of 300 U.S. cities.

Taking the cake this year was the Lone Star state, which held six of the top 10 best real estate markets for 2016.

Curious to see how your city fared? Check out the placement of some of the nation’s biggest metros:

At no. 5 on the list of highest-rated real estate markets, Austin boasts one of the lowest unemployment rates in the nation, the report says.

Austin’s affordability and economic rank is no. 8 in the nation. However, three Dallas-area towns have better markets, WalletHub says, with Frisco, McKinney and Richardson ranking first through third.

Austin’s affordability and economic rank is no. 8 in the nation.

Houston fell within the top 50 overall, with a high rank for real estate alone. But affordability and local economy weighed down Houston’s overall score.

The not-so-bright side of the rankings

Los Angeles comes in at no. 183 overall, pulled down by affordability and a rough economic environment, the report says. Santa Monica and Santa Barbara in Southern California posted the highest home price as a percentage of income, proving that the Golden State still isn’t cheap.

New York City is rated no. 242 overall, no. 223 for real estate alone and no. 281 for housing affordability and unemployment, among others. The Big Apple is one of the top cities with highest average number of market days and highest percentage of delinquent mortgage holders, WalletHub says.

At no. 256, Chicago places low in both real estate and the local economy, despite the Windy City’s reputation as a slightly softer metropolis for homebuyers.

Miami nears the bottom of the list, at no. 280, with poor scores for affordability and jobs. Nearby Miami Gardens holds one of the highest percentages of bank-owned unsold homes.

Baltimore comes in at no. 291, ranking Charm City as the tenth worst market overall and slightly poorer in real estate, specifically.

Finally, Newark in Northern New Jersey is the worst real estate market in the nation, according to the report, and the worst market overall with all factors considered.

NYC near top of nation in over-leveraged homes, report says 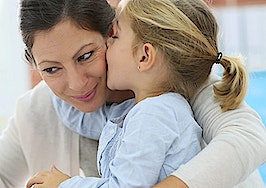 The best cities and states for working moms