How bright is that homebuying flicker in the eyes of property owners? How do renters who kissed another grand in rent goodbye — money they’ll never see again — feel about finally making the plunge into mortgage land?

The National Association of Realtors’ third-quarter HOME (Housing Opportunities and Market Experience) Survey, the fourth of its kind that NAR has conducted to date, has some answers.

A few key factors have been setting the scene for some time: Young adults are off to work with their coffee in the morning (in other words, experiencing job gains) and mortgage rates are at all-time lows, which together should put the majority of people in a strong buying position.

However, concerns about student debt (prominent in NAR’s second-quarter HOME survey), tight inventory and upward pressure on home prices all stand in the way of accelerating purchases to their full potential, especially first-time buys.

How is all of this folding into prospective buyers’ feelings about the market? The share of consumers giving the thumbs up remains steadfast as a strong majority, but there’s been a slight wane in enthusiasm since the year’s start.

In Q3, 78 percent of homeowners and 60 percent of renters believe right now is a good time to buy.

The inaugural HOME Survey (December 2015) reported that 68 percent of renters said it was a good time to buy. 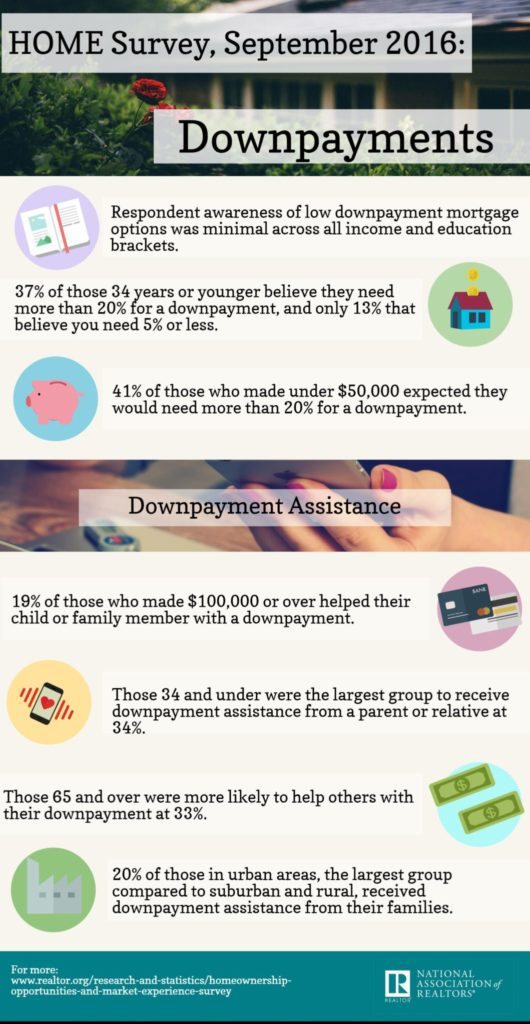 Moreover, 48 percent of respondents reported feeling that the economy is improving, in line with NAR’s inaugural HOME Survey in December.

“The younger the household the more optimistic they were about the economy’s future prospects,” the report noted.

The majority of current homeowners (63 percent) also said it’s a good time to sell, a slight uptick from the 61 percent recorded in the second quarter.

NAR’s Lawrence Yun: ‘First-time buyers remain stuck below a third of all sales.’

NAR’s Chief Economist Lawrence Yun spoke about how low inventory will continue to shape the market heading into fall:

“This summer’s historically low mortgage rates injected some additional demand into the market, but the dearth of homes for sale continues to keep a lid on sales but not prices,” he said in a press release. “Given the stiff competition and limited homes available at the lower end of the market, it’s not surprising at all that those under the age of 34 and in the West are the least confident about it being a good time to buy.

“Very affordable mortgage rates and strong job gains among young adults should be translating to a higher rate of homeownership. It’s not, and as a result, sales to first-time buyers remain stuck below a third of all sales.”

Sometimes pervading myths are difficult to break in the mind of the public. One that agents and lenders regularly face is the misperception that you need at least 20 percent down to buy a home.

Yun added: “It’s possible some of the hesitation about buying right now among young adults is from them not realizing there are mortgage financing options available that do not require a 20 percent down payment, which would be north of $100,000 in some expensive areas in the country.

“In fact, most first-time buyers put down much less. In the 35-year history of NAR’s Profile of Home Buyers and Sellers — the longest-running survey series of national housing data — the average median down payment has been 5 percent for first-time buyers.”

Respondents’ confidence about their own financial situation — and whether it will be better in six months — increased ever so slightly to 58.6 in September from 57.7 June, based on the HOME Survey’s monthly Personal Financial Outlook Index.

This is significantly higher than the index recorded last September however, “when stock market losses at the time temporarily caused more consumer angst (53.0).”

Pervading myths are difficult to break — including the one about 20-percent down.

Know what you qualify for, but avoid being house poor

NAR president Tom Salomone, broker-owner of Real Estate II Inc. in Coral Springs, Florida, encourages prospective buyers to evaluate their unique situation while knowing that there’s likely an option out there that would work for them.

“Every buyer is different,” he said in a press release. “Before deciding how much to use on a down payment, buyers should carefully review their financial situation and make sure they still have enough money set aside after the home purchase for unexpected expenses and emergencies.

“A Realtor will walk through what to consider based on what a buyer can comfortably afford.”

NAR reports data based on ownership status as well as by age, income and geographic location. It uses a survey research firm to conduct random-digit dial surveys (including both mobile phones and land lines). Regional quotas are used based on four census regions and nine census divisions, and each month, approximately 900 qualified households respond to the survey.

Salomone added: “Creditworthy prospective buyers should know that many lenders now offer safe, sustainable loans with as little as 3 percent down, and obtaining a mortgage isn’t as difficult as it was in the immediate years after the downturn.”