New York State’s foreclosure inventory was the second highest in the nation, at 3 percent of statewide mortgaged homes, the report says. New Jersey was no. 1, with 3.3 percent of homes in some stage of foreclosure in July. 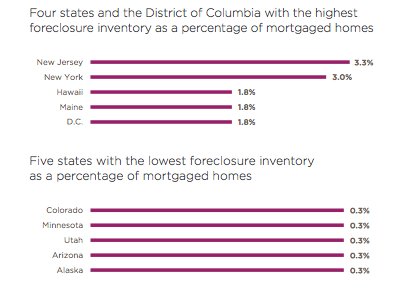 New York foreclosure inventory was down 22.3 percent from July 2015. Among judicial states, New York had the fifth highest rate of completed foreclosures in the 12-month period ending in July at 14,566. New York’s serious delinquency rate reached 5.5 percent of homes in July.

For the New York City metro area, foreclosure inventory dropped 26.6 percent year-over-year to reach 2.8 percent of mortgaged homes. There were 7,149 completed foreclosures over the past year in New York-Jersey City-White Plains – the highest for any major metro in the nation. NYC’s serious delinquency rate reached 5.2 percent. 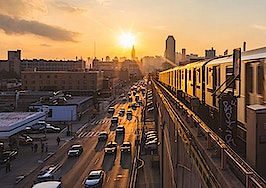 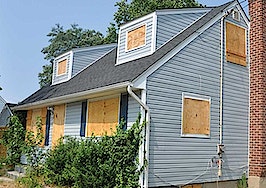 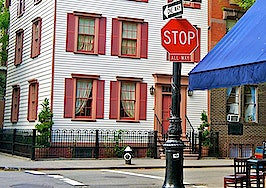