Little change in the City by the Bay 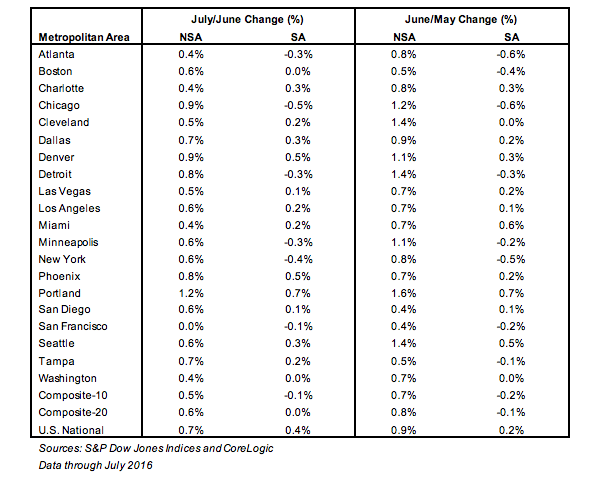 Home prices in San Francisco were flat month-over-month, remaining at an index level of 228.42. In comparison, San Francisco home prices grew 0.4 percent between May and June. Overall, prices are up 6 percent annually as of July.

Adjusted for seasonality, San Francisco home prices dipped 0.1 percent between June and July, slightly less than the 0.2 percent monthly drop posted from May to June.