Data compiled by Elliot Eisenberg, Ph.D. of MarketStats by ShowingTime based on September MRIS housing data, also shows that both metros saw a decline in active listings, D.C. down 14.3 percent and Baltimore down 13.2 percent. Active listings in Baltimore have been on the decline for 13 straight months. In D.C., it’s the fifth month of declines. 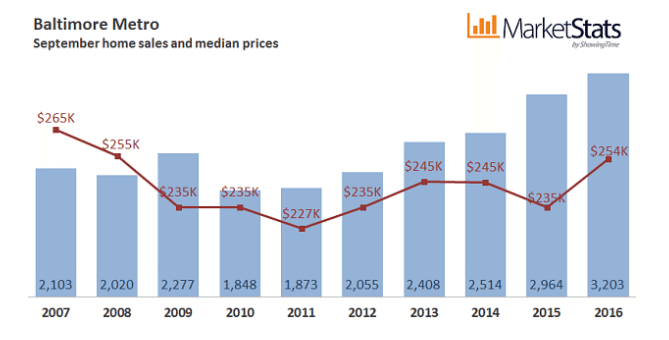 Continuing the trend of exceeding the previous year, townhome, single-family detached and condo prices are all up 11.4 percent, 8.6 percent and 1 percent, respectively.

Howard County remains the most expensive region in Maryland

The median days on the market for homes was 36 days, down nine days from the year before. Howard County homes, which is also the most expensive region with a median sale price of $385,000, sold the fastest at 28 days, down from 40 last year.

Although technically median home price did drop to $399,900 through September, it was down only $1,00, and down 5 percent from the previous month. 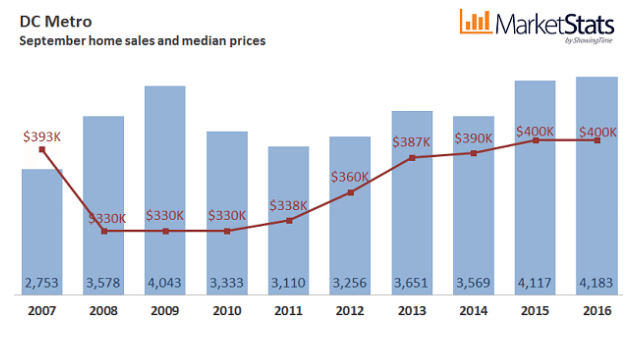 The most expensive region is Falls Church City where the median home price of $595,000 was still 25.5 percent lower than last year. However, the report notes the sensitivity of the price figure due to just 17 homes being sold in the market.

Median home price in D.C. dips less than 1% in Sept.

Closed sales were up 1.6 percent to the highest September figure in a decade, 4,183, but still below the previous month. 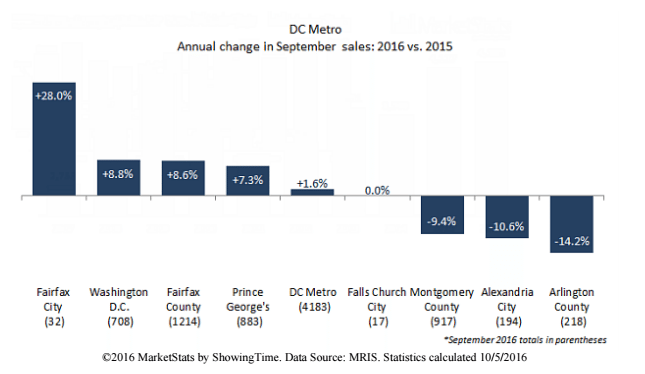 Homes spent a median of 24 days on the market. Condos and single-family detached homes had a median DOM of 27 days. Townhomes, on the other hand, were 18 days. 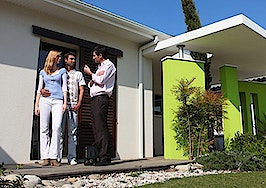 Full disclosure: This is about Maryland's open house disclosure laws 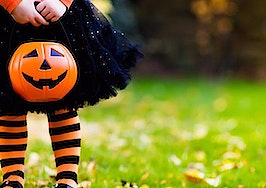 Philadelphia named best city for trick-or-treating by Zillow
Back to top
Keep up-to-date on tools and tactics to impress your clients and outshine your competition with the 2022 virtual bundle.Register Now×
Agent Appreciation Sale: Inman Select for only $85.CLAIM OFFER×
Inmanpot
Log in
If you created your account with Google or Facebook
Don't have an account?
Create an Account
Forgot your password?
No Problem