An August report from the U.S. Department of Labor showed the second consecutive month of strong employment growth, stable unemployment and higher wages.

And those factors could be triggering a growth in homebuying interest among millennials.

The report, noting that 255,000 jobs were added in July, signifies continued economic recovery following a spring of weaker-than-expected growth, eight years removed from the financial crisis of 2008.

According to the Department of Labor, sectors of the economy that saw notable growth were leisure and hospitality (45,000 jobs added), health care (43,000) and government (38,000).

But by far, professional and business services accounted for the most added jobs, with a total of 70,000.

Of those, 37,000 were in professional and technical services, and another 8,000 were in computer systems design and related areas.

The added jobs in these technology fields are great news, especially for emerging tech centers like Minneapolis, Nashville and Portland, all of which are becoming increasingly attractive and less-expensive alternatives to Silicon Valley.

However, according to metrics from my company — apartment listing website Abodo — rents are creeping up in these cities as well.

Where rent is decreasing

Some cities, however, saw their monthly rents decrease.

Most notably, Houston rents fell as much as Minneapolis’ rose — by 14 percentage points.

This fall can be traced back to a dearth of new apartment constructions, totaling 35,000 new units over a two-year span, or the strained energy sector, resulting in fewer jobs for Texas oil workers.

Nonetheless, Abodo’s last six months of rental data point to a nationwide upward trend, albeit a slight one.

In August, a one-bedroom apartment went for a national average of $932 per month. In March, the average was $924.

With the economy showing signs of strengthening, and rent prices rising, it’s no surprise that more people are looking to make the switch from renting to owning.

Fannie Mae’s July Home Purchase Sentiment Index reached an all-time high of 86.5. The percentage of consumers looking to buy versus rent during their next move also went up, now sitting at 67 percent.

This recent uptick in homeownership interest could be due to a change in millennial interests.

As the older end of the group continues to age, put away money and climb the professional ladder, some millennials are becoming less leery about taking the leap — at least, that’s Fannie Mae’s take, citing to-be-released research that supports the trend.

Our recent research also gives credence to that theory. For Living the Millennial Dream, Abodo surveyed 2,000 millennials to find out what qualities they want in their perfect city.

Third on the list of 20 — just below a thriving job market and affordable rent — is affordable home prices, even for the youngest millennials, ages 18 to 22.

With buying already on their minds and rent prices creeping ever higher, increasing interest in homeownership comes as no surprise.

Alec Slocum is the CEO and co-founder of Abodo and is based in Madison, Wisconsin. Connect with him on Twitter or Facebook. 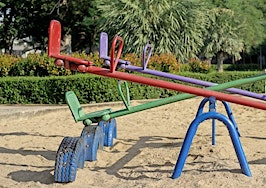