Last week, mortgage broker and Inman writer Lou Barnes opined that it was time for the Federal Housing Finance Agency (FHFA) to consider raising the conforming loan limit — the maximum amount of money that buyers can borrow in a Fannie Mae- or Freddie Mac-backed loan for a one-unit property.

“In the great spasm of sometimes beneficial and sometimes punishing legislation following the credit bubble, the Housing and Economic Recovery Act (2008) forbade any increase in the conforming loan amount — until U.S. home prices had recovered to pre-crisis levels,” Barnes wrote. “Now they have. Will the conforming limit rise now?”

“The Housing and Economic Recovery Act of 2008 (HERA) established the baseline loan limit of $417,000 and requires this limit to be adjusted each year to reflect the changes in the national average home price,” read a statement from FHFA.

The FHFA’s third-quarter home price index for 2016, however — which was released this morning — indicated that average home prices are now above where they were in Q3 2007. “The expanded-data HPI value for the third quarter of 2016 was roughly 1.7 percent above the value for the third quarter of 2007, and thus the baseline loan limit will increase by that percentage,” explained FHFA’s statement.

There is a conforming loan exception for “high-cost” counties, as Barnes noted last week; this will also be raised. HERA has set a “ceiling” of 150 percent of the baseline loan limit for high-cost counties.

“Today’s conforming loan limit increase is a much-needed recognition of rising home prices in high-cost markets, and a help to first-time and lower-income borrowers looking to utilize an FHA mortgage,” said National Association of Realtors president William E. Brown in a statement.

“Credit remains tight, but this decision will help more qualified buyers address the hurdles and high costs standing between them and the dream of homeownership.”

“C.A.R. applauds FHFA Director Mel Watt for raising the existing Fannie Mae and Freddie Mac conforming loan limits, which will provide stability and certainty to the housing market and give tens of thousands of California homebuyers a chance at homeownership,” said California Association of Realtors (C.A.R.) President Geoff McIntosh in a statement.

“The FHFA recognizes that home prices have recovered, not just in California but also across the nation. Many higher-priced areas of the state will benefit greatly from the higher limit.”

Editor’s note: This story has been updated with a comment from C.A.R. 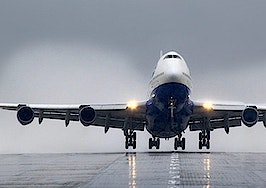