Treasury Secretary nominee Steven Mnuchin could face tough questions about his reputation as a “foreclosure machine” in his upcoming confirmation hearings. 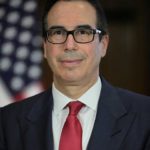 Treasury Secretary nominee Steven Mnuchin could face tough questions about his reputation as a “foreclosure machine” in his upcoming confirmation hearings.

That’s according to news website The Intercept, which recently published a memo circulated among prosecutors in California’s attorney general office detailing an investigation into the foreclosure practices of his former company, OneWest Bank FSB.

Who’s Mnuchin and what’s he being nominated for?

President-elect Donald Trump announced Mnuchin, a former Goldman Sachs partner who served as chairman and CEO of OneWest Bank during the financial crisis, as his top pick to manage the federal government’s finances on Nov. 30.

Since then, media reports have examined statements made by Mnuchin about his desire to “strip back parts of” the Dodd-Frank Act and privatize government-sponsored enterprises Fannie Mae and Freddie Mac, which are likely to be the focus of lawmaker questioning during his upcoming confirmation hearings.

Mnuchin’s hearing date has not yet been set, but when he does take the hot seat in the U.S. Senate, he could also come under fire for OneWest’s handling of hundreds of thousands of California foreclosures, according to the memo.

The previously undisclosed, four-year-old memo, published Jan. 3 by the online publication, exposes a year-long investigation by prosecutors in California’s attorney general’s office who said they “uncovered evidence suggestive of widespread misconduct” in foreclosures conducted by OneWest. 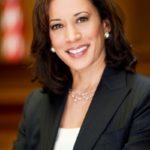 The prosecutors pushed for former California Attorney General Kamala Harris to prosecute the bank, but her office declined to do so. Coincidentally, as a recently sworn-in U.S. senator, Harris will actually get to cast a vote on Mnuchin’s appointment.

Pasadena, Calif.-based OneWest began operations in 2009, when it acquired most of troubled IndyMac’s assets from the Federal Deposit Insurance Corp., as well as two smaller banks, First Federal Bank of California FSB and La Jolla Bank FSB. OneWest also obtained the servicing and beneficial rights to thousands of troubled loans throughout California, many of which were adjustable-rate mortgages which by this time had become unaffordable for many borrowers.

The 22-page memo alleges the investigation concluded that OneWest “rushed delinquent homeowners out of their homes by violating notice and waiting period statutes, illegally backdated key documents and effectively gamed foreclosure auctions,” according to The Intercept’s report.

In 2011, the Office of Thrift Supervision intervened and entered into a consent order with the bank, but the California probe ensued when consumer complaints continued to mount.

At the time the state prosecutors sent their memo to Harris’ office in January 2013, OneWest had foreclosed on about 35,000 California homes and had initiated the process on 45,000 more — earning the bank, led by Mnuchin, the reputation as a ”foreclosure machine.”

Limited by its inability to subpoena OneWest, the prosecutors examined a small set of mortgage records it obtained mostly from recorded land records.

They identified more than 1,000 legal violations, including:

The prosecutors recommended that Harris file a civil enforcement action against the bank, according to the memo, which would allow them to use civil discovery procedures to conduct a full investigation into OneWest’s foreclosure practices.

They even drew up a sample legal complaint, seeking injunctive relief and up to $2,500 for each violation, or even higher if OneWest’s misconduct involved protected classes.

The prosecutors admitted this move could entail “resource-intensive litigation” that could last up to five years, and conflict with the efforts of federal agencies like the Office of the Comptroller of the Currency, which could side with OneWest, or “arouse the interest of the FDIC.”

But Harris’s office, without any explanation, declined to prosecute the case — though it’s unclear why.

The California attorney general’s office did not respond to a request for comment about the memo or Harris’ decision not to prosecute OneWest. 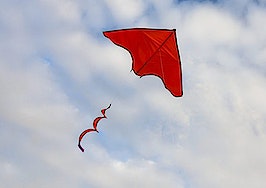 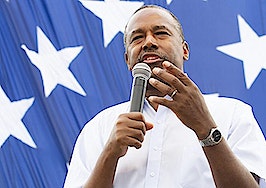