Trump alerted the Twitterverse in late November that he was “seriously considering” the retired neurosurgeon for the position of HUD secretary. The news became official in the world of American politics with Carson’s nomination in early December.

After vetting and disclosure, nominees are sent to the committee for investigation and questioning. And at the hearing, Carson pivoted from some his past comments on the perils of federal assistance and expressed support for HUD’s core responsibilities and homeownership-driven programs, which appears to have drummed up increased real estate industry support.

The nuances of how Carson would uphold HUD’s public housing assistance programs while still prioritizing budget cuts remain fairly ambiguous, with the general idea of relying on more private funding put forth.

Here are seven highlights to know about the hearing.

Massachusetts Democratic Senator Elizabeth Warren sent Carson a letter in advance of the hearing. Through nine pages and 42 foot notes, she outlined the questions that Carson could expect.

In it, she covered President Obama’s 2015 Affirmatively Furthering Fair Housing Rule, in which federally funded cities and towns are required to scan local housing patterns for racial bias and design a plan to address it; FHA’s lending rules; the Section 8 Housing Choice Voucher Program and more.

She also spoke to the gravity of HUD’s work. “For many Americans — including children, seniors, and veterans — HUD programs are the difference between life in a safe, stable home and life on the street. Leading this agency is an incredible opportunity — and an awesome responsibility,” Warren wrote.

“Although you have many accomplishments in the medical field, there is relatively little in the public record that reveals how you would further HUD’s mission to ‘create strong, sustainable, inclusive communities and quality affordable homes for all.'”

Known for his staunch views on personal responsibility repeated throughout his primary campaign and comments such as “poverty is really more of a choice than anything else,” Carson faced concerns about his commitment to some of HUD’s core areas of oversight, including low-income housing assistance, fair housing laws, homelessness and aid for distressed neighborhoods.

However, when pressed at the hearing, Carson called HUD’s rental assistance program “essential,” adding, “If you’ve been reading my writings … It is cruel and unusual punishment to withdraw those programs before you provide an alternative.”

“Safety net programs are important. I would never advocate abolishing them without having an alternative for people to follow,” he said.

3. Carson’s upbringing continues to be a focal point

Carson’s rags-to-riches story continues to serve as the basis for the renowned doctor’s qualifications in a field that’s completely new to him. As young boy raised in an impoverished area of Detroit by a mother with a third-grade education, he rose in the medical world as a celebrated surgeon at Johns Hopkins University.

At the hearing, Republican Senator Marco Rubio said: “HUD is not just about providing people with a place to live. HUD is about the American dream. Dr. Carson believes this not because he read about it in a book or in a magazine or because he watched some documentary on PBS. He believes it because he has lived it, and that cannot be easily replicated.”

Carson’s upbringing and the fresh perspective that it ostensibly brings to the table is arguably his strongest resume line, cited many times throughout the hearing and echoed by the real estate industry groups that wish to usher him in.

Today the National Association of Realtors (NAR) pledged its support for Carson in a letter to the Senate Banking committee, urging it to approve his nomination and move it through the Senate floor quickly.

“The private sector simply does not provide enough affordable housing on its own, and without the subsidies provided to residents, these families would find it difficult, if not impossible, to find safe, decent housing,” wrote NAR president William E. Brown.

“[Carson’s] innate understanding of the key role that housing plays in the health of individuals and communities will be a great asset at HUD. Dr. Carson has stated his support for rental assistance and the important role it plays for low-income families. He also has voiced his support for the Low-Income Housing Tax Credit, which has been the sole tool for private development of affordable housing.”

NAR also specifically spoke to the importance of the FHA (Federal Housing Administration) mortgage insurance program in providing valuable [mortgage] access to first time homebuyers and minorities. “Dr. Carson strongly supported the mission of the FHA and the need for such a program,” Brown added.

Diane Yentel, president and CEO of the National Low Income Housing Coalition (NLIHC), commented on Carson’s confirmation hearing, expressing a change of heart since the nomination that she deemed “surprising and concerning, given his lack of experience with or knowledge of the programs he would oversee.” 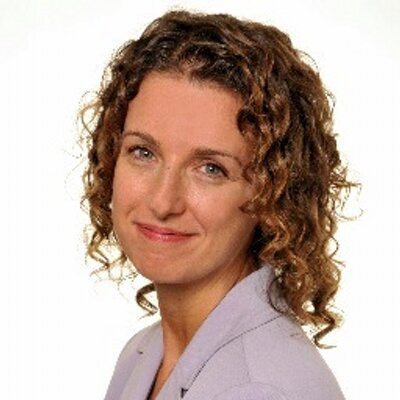 “Dr. Carson has clearly taken the time to understand and come to appreciate the importance of HUD’s programs,” Yentel said in a statement. “Contrary to what he had previously said, I was pleased to hear Dr. Carson state his belief that the federal government has an important role to play in supporting deeply poor households and families.

“He gave strong support to rental assistance programs, public housing, VASH vouchers, Community Development Block Grants, Choice Neighborhoods, and lead abatement programs, and he recognized the role housing plays as a social determinant of health. He acknowledged that fair housing is the ‘law of the land’ and committed to upholding and implementing the law.”

Moreover, the National Association of Mortgage Professionals’ president Fred Kreger said in a statement, “NAMB and its members are committed to working with Dr. Carson and HUD in developing policies that will expand affordable credit, therefore moving more Americans towards the dream of homeownership.”

Before the hearing, the Mortgage Banker’s Association (MBA) urged the committee to approve Carson as fast as possible.

“MBA believes that HUD needs to address several critical priorities in its management of the Federal Housing Administration, including enhancing the FHA’s efficiency and technology deployment, clarifying existing lender guidance, and ensuring the long-term financial stability of the FHA program,” the association wrote.

“HUD can benefit from a fresh perspective to address these critical issues. Dr. Carson has demonstrated throughout his career that he [possesses] the intellect to understand and respond to complex challenges”

5. The million-dollar question: What about the money?

The HUD secretary is tasked with managing a $47 million budget, and while Carson pledged to keep or even expand HUD’s programs, he hasn’t changed his mind on the need for cuts in government spending.

“We can never seem to cut, because people have their programs and they say, ‘This one is sacred, and this one is not,'” he said at the hearing. “The point being, if we can find a number on which we can agree and begin to cut back, we can start thinking about fiscal responsibility. Bear in mind, we are approaching a $20 trillion national debt.”

His alternative solution would involve recruiting more private dollars and increasing efficiency, he indicated in response to questions at the hearing. But, until further details are divulged, questions about how exactly he would keep the ship running while making slashes to its fuel supply remain.

“Over [84 percent] of HUD’s budget provides direct housing assistance to our nation’s lowest income families, including seniors, people with disabilities, veterans, and the working poor. Given the inflationary increases needed in HUD’s programs, such a reduction could amount to cuts as deep as 30 percent by 2026, devastating housing programs for the lowest income people.

“To that end, Dr. Carson’s commitment to advocate for HUD’s programs within the administration was a positive and welcomed one.”

At the hearing, Carson said he would follow the law under the 1968 Civil Rights Act that requires HUD-fund receiving entities to “affirmatively further” fair housing, but he didn’t shy away from his criticism of President Obama’s 2015 fair housing federal regulation, which requires that cities develop such plans or risk losing federal funds.

“The rule has been hailed by many fair housing advocates and citizen watchdog groups as a step in the right direction to fix some of the shortcomings of the Fair Housing Act,” Inman reported when the final law was published.

At the hearing, Carson called the diversity rule “cookie cutter” and a “central dictation of people’s lives.”

Carson laid out his problems with the particular law in controversial 2015 op-ed in The Washington Times, the most-often cited passage being: “There are reasonable ways to use housing policy to enhance the opportunities available to lower-income citizens, but based on the history of failed socialist experiments in this country, entrusting the government to get it right can prove downright dangerous.”

In response to hard questioning on the topic, Carson said: “I don’t have any problem whatsoever with affirmative action or at least, you know, integration,” Carson said. “I do have a problem with people on high dictating it without when they don’t know what’s going on in the area.”

On the 2016 campaign Carson was open about his thinking that being gay is a choice, but at the hearing said he would enforce HUD shelter programs that protect minority groups, including the LGBT+ community, adding the caveat that “no one gets extra rights.”

7. Trump’s financial interests — the testiest moment of the hearing

The biggest point of contention arose when Warren pressed Carson on the issue of Trump’s significant business interest in housing development, and whether he could assure the committee that “not a single taxpayer dollar” would benefit the president-elect or his family through the grants and loans that HUD issues.

“If there happens to be an extraordinarily good program that is working for millions of people and it turns out that someone that you’re targeting is going to gain $10 from it, am I going to say, ‘No, the rest of you Americans can’t have it’? I think logic and common sense will probably be the best way, ” Carson said.

After Carson’s hearing, the committee still needs to vote, and given the majority votes in favor, the Senate gets the chance to debate and later vote to confirm the nominee. The Senate can’t cast their vote until Trump is inaugurated.

Who's in the running to be Trump's new HUD secretary?