Today we suffer from many misidentifications of economic events. Not so much “fake news” as twisting ordinary meaning into propaganda. “Globalization” is one of these labels, with its codependent “globalism” — as though trade between nations were a philosophy.

Today we suffer from many misidentifications of economic events. Not so much “fake news” as twisting ordinary meaning into propaganda.

“Globalization” is one of these labels, with its codependent “globalism” — as though trade between nations were a philosophy, and its adoption an optional public policy choice.

When did ‘globalization’ start?

The initial use of “globalization” in 1983 was an offhand description of the increased interaction among economies since WWII (1945, for the kids).

However, throughout human history, logistics has governed the pace and extent of trade, not “public policy.” At every innovation in means, increased trade was — and is — inevitable.

The instant we have figured a new way to move stuff to somewhere else, and their stuff to us, we have.

The beginnings of global trade

Ten thousand years ago is an arbitrary date, but it marks the final breakup of the last ice age, the refilling of oceans, modern coastlines and land and sea routes of trade. Today we find rocks dated to pre-agriculture — from flint to precious — where they can only have been carried, and often across great distances.

The mechanism is clear and no different from today. If your tribe came into contact with another which knew better flint-knapping technology, or had found better stones or seashells, we have scrambled to find something of value to the others to use in trade.

Closed-minded tribes did not last long. Adaptable ones imported technology itself, and competition improved technology.

Certain aspects of physics limited trade. A person couldn’t carry everything valuable that every tribe made, but could carry flint points and gems and gold for long distances.

By 5,000 BCE (Before Common Era), we find primitive metals, like Otsi the Ice Man’s copper axe. But if you wanted to carry something heavy, your limit was a beast — an ox or camel, and travois or wagons — but even that travel was limited until Romans built the first good roads.

Even then, any significant bulk or volume had to be carried by water. A great deal of human civilization pattern to this day is determined by proximity to water, ports for trading. At first on rafts, gradually more sophisticated craft, by year zero CE, ships in the Mediterranean were so common that their wrecks today positively pave its floor.

A big contributor to Rome’s greatness was safe and free trade throughout the Mediterranean — from their viewpoint, globalized — and specialization: All pottery was made in just a few places, and enormous amounts of grain shipped from remote farms to feed cities.

For the next 1,400 years, any Roman would have recognized the pattern of land and water trade until shipbuilding improved enough to make travel in the open ocean reliable.

In just another hundred years, Magellan circumnavigated the globe, and the first great obsolescence followed: If vessels could carry large loads around the Horn of Africa, who needed the Silk Road from the Middle East to China? And so the Caliphate became a dead-end backwater.

From ships to railroads to information

Skip ahead 300 years to the time of steam, faster and more reliable ships, and in a great rush came railroads, the first cross-continental bulk transport.

Bulk shipping has changed little since — trucks on highways are more flexible, but rail and ships do the big work.

Yet another extraordinary series of recent inventions has brought greater inevitability of new trade and economic dislocation than anything which came before: information.

Until steamships, a letter took a month or more to make it across the Atlantic, if that fast, and if it arrived at all. Two or three months for round-trip communication. Steamships cut that to a month or less, but still slow.

Then in a blaze, only 150 years ago came the first cross-Atlantic telegraph cable — two years before the first U.S. coast-to-coast telegraph (1858 and 1861).

Marconi sent his first radio signal to Europe in 1901. Airplanes had their brief information day, but you need to be quite old to remember the extra cost of an “airmail” stamp.

Today, a fantastic, uncounted fraction of global trade is nothing but electrons on the web and fiber at light speed and zero friction — software, designs, tax return and x-ray reading, all still growing exponentially.

Every bit as old as trade has been the temptation to rig the game by protecting one’s own economy from outside disruption by imports. However, every try at protectionism brings retaliation.

Worse, the more anyone protects from outside products or process, the more they starve themselves of modernization. To fight the outside world is to fall behind.

The next time you hear or read, “globalization,” pause to search for actual meaning. And ask: What is to be done to stop the inevitable, and why? 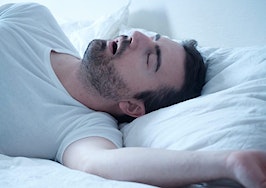 What 'dynamic snoring' has to do with the proposed tax changes