Have you ever made it to the end of a day and felt like you got nothing done? Earlier in the day, you probably felt busy.

Have you ever made it to the end of a day and felt like you got nothing done?

Earlier in the day, you probably felt busy. You sent some emails, ran some errands, maybe started a blog post.

But now you’re getting ready for bed and you can’t shake the feeling that you could have used your time better. You could have done more, made a bigger impact.

It’s not a great feeling. It’s frustrating and demoralizing.

You feel overworked and unbalanced, with little to show for your efforts. When you work like your hair is on fire, your whole day suffers.

So how do you attack your day in a way that ensures that you have the time and energy for the most important work to be done? And also affords you time for all the other important elements of your life: your faith, family and physical health?

You might believe (especially if you are a real estate agent) that a day with enough time for all the important elements of your life is a pipe dream.

If you devote time to one, then the others necessarily have to suffer — right?

Wrong — that’s a lie that modern life tells us. We do have time for the most important things, abundant time in fact. Where’s my evidence? Look no further than a man named Benedict, and his daily schedule for the life of a monk.

Now before you stop reading because you think I’ve lost it, hear me out. I’ve adopted many of these concepts into my own life, and I’m happier and more productive as a result. It works!

St. Benedict was a sixth-century Italian monk who is credited with formalizing the communal norms of monastic life. His “Rule” for monks living in community was based on a life of work and prayer (called ora et labora).

To achieve this, Benedict may have been one of the first formal (buzzword alert) “time blockers” ever.

A quick observation of this strategy tells us that monks are well rested, and they make time for serious study and work. Plus, the result of their work has given us great beer!

Not only did they pass along great beer to centuries of thirsty Europeans, this schedule was the basis of transferring Western thought across the continent and throughout the world.

Most importantly, their focused work allowed for the preservation and reproduction of the Vulgate Bible (Latin translation) and many other great works of literature.

Before the university systems, monasteries were the place to become literate, learn a trade (farming, metal work and so on) and learn languages (Latin and Greek).

The monasteries increased in number and sprung up in the countryside. The walls provided not only a place of learning, but also of relative safety. Aided by the monk’s influence, nomadic tribes settled down and transitioned to living in communities near the monasteries.

Now imagine you are a Germanic tribesman.

Option one: A life on the road, pillaging the next town for a living, long trips away from the family, the health risks of doing battle frequently.

Option two: The settled life of having a farm, a place nearby for the kids to learn, an ironworker down the road when the mule needs new shoes and a fortification to help defend against a passing band of visigoths. Option two is a no-brainer.

The monks provided the groundwork for a massive cultural revolution. And it all started with their focus on prioritizing their days to crank out serious work, study and prayer. They created a peaceful environment that was inviting to even the most hardened tribesman.

So let’s jump forward a few centuries to our modern life. What does any of this have to do with how we live and work? Especially for those of us in the real estate industry?

It turns out that we’re not so different from those Germanic tribesman.

We often encounter agents and other professionals who attack their work with all of the fierceness of one of those nomadic warriors.

Since they’re sold on the modern idea that they need to follow their passions, they take this to mean that a “hard worker” is defined by their ability to respond to every need of their client.

Every text, email and call, at any hour, is treated as the most important thing, superseding and consuming every other element of their day.

Reading, family time, exercise, prayer  — they get forced out to make way for work.

And then on the flip side, we’ll run into that person who seems to get so much done.

And they are also incredibly happy, physically fit, well-rested and make time every day for reading and family life. These people are immediately attractive.

At first we think defensively and make excuses for ourselves: “They must be lazy, have a trust fund, be lucky or perhaps especially gifted.” Turns out, they just live a more purposeful life in the whirlwind of the daily grind.

They are monastic in their approach, you might say.

The schedule of a professional who attacks their day with purpose looks something like this:

Look familiar? Their schedule is very similar to the schedule of a monk.

They are well-rested, well-read, well-fed and spiritually strong. But they still have time for their spouse and children, and a full third of their day is dedicated to work!

They frame their daily schedule in terms of blocks of time, ensuring that every aspect of their life is guaranteed the time it needs.

And another, final observation about those happy people: They are not slaves to their smartphones.

They are professionals who set clear expectations about when and how they can be reached. Their smartphone is often completely turned off or on Do Not Disturb mode because the other parts of their life are important to them, and they won’t be subjected to the whims of work demands.

I think we should all adopt this approach to our phones.

So this year, will your choices of daily focused priorities lay the groundwork for doing great work? And through this, will you be changing the lives of those who come by the inviting walls of your good life?

Patrick Kilner, the CEO of the Kilner Group, has been serving clients in DC, Maryland and Virginia for nearly a decade. 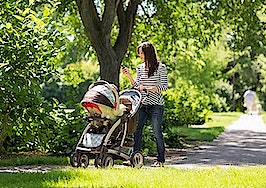 Can you be a real estate agent and a stay-at-home parent? 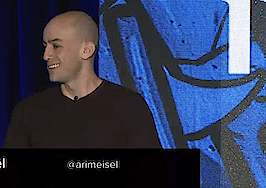 Getting from idea to execution in 1/10th the time 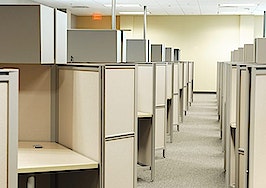 Why I hate cubicles