Soon, there will be a way for buyers to find out their mortgage scores without approaching a lender, at least not directly. It’s called Mortgage Preflight, and it’s a pre-qualification system that can be accessed by real estate agents.

Prospects are often lost to real estate agents when wanna-be buyers walk into the office door or visit open houses without being pre-qualified by a lender.

Agents don’t like to show houses to people who don’t know how much they can afford or whether or not they even qualify for financing. And for folks who haven’t started the lending process when they show up at open houses, the response by agents is usually the same:

Sellers don’t want to mess with buyers who haven’t done their most rudimentary homework, so come back after you’ve talked to a lender.

After all, you can’t even get a credit score from anyone other then a lender. Sure, you can buy a score online. But it won’t be one of the FICO mortgage scores from the three major credit repositories, Equifax, TransUnion and Experian. Those and only those are the ones used by lenders to approve and price a home loan.

Soon, though, there will be a way for buyers to find out their mortgage scores without approaching a lender, at least not directly. It’s called Mortgage Preflight, and it’s a pre-qualification system that can be accessed by real estate agents.

Currently in beta testing, Mortgage Preflight “is truly a good thing,” says Tom Conwell, president of parent company Credit Technologies, a Wixon, Mich., firm that offers all types of credit services, from reporting and re-scoring to landlord ad tenant services. “Within minutes, consumers will have access to what is arguably the most important piece of data they will ever have.”

Conwell says the program will be rolled out at the National Association of Realtors annual convention in Chicago in November. At that time, all an agent will have to do is visit the Preflight website, search for lenders in their areas that offer the service and click on whichever ones fit their needs. If the lender agrees to allow the agent access, the agent will receive a link to the program.

“That’s the beautiful part,” Conwell gushes. “Preflight will be available to all licensed real estate agents, 24/7.”

The firm’s services are available exclusively through a national network of 1,100 certified mortgage professionals.

With Preflight, a prospect will know if a lender can help him or her without going through the hassle of handing over his last two year’s tax returns, his pay stubs and W-2s, bank statements and other personal information. And in turn, lenders will have the minimum data it needs to underwrite and close the loan on the spot.

But there is a secondary, but perhaps equally important value to Preflight, according to Conwell: The program confirms the prospect’s identity, thereby providing additional security safeguards to the agent.

“Besides preventing agents from wasting a lot of time with people who are not viable prospects, (the program) protects agents against dealing with someone who is not who they say they are,” he said.

“Realtors take a lot of risks. They let strangers in their cars or meet them at houses without knowing much about them. But Preflight instantly authenticates the identity of every prospective buyer.”

Now, about those scores that can be purchased online: They give people an idea about what they’re profiles say about them. But the actual scores used by lenders can be higher or lower by as many as 75 points or more, says Terry Clemans, executive director of the National Consumer Reporting Association.

The selling of useless scores has become such a big business — even the three main repositories peddle them — that the Consumer Financial Protection Bureau (CFPB) has seen fit to try to stop the practice.

Experian claimed the credit scores it marketed and provided to consumers were used by lenders to make credit decisions, when, in fact, lenders did not use Experian’s scores to make those decisions.

The CFPB ordered Experian to truthfully represent how its credit scores are used and hit the company with a civil penalty of $3 million. TransUnion and Equifax were hit even harder. They were required to pay some $17.6 million in restitution to consumers and were fined a total of $5.5 million.

Said CFPB Director Richard Cordray. “Consumers deserve and should expect honest and accurate information about their credit scores, which are central to their financial lives.” 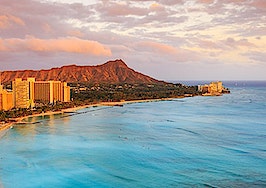 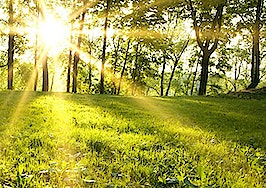 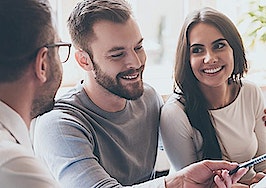