When listing agents are considering potential economies of scale in their business, leveraging open houses probably isn’t the first or most obvious thing to do. But it worked so well for Green Lion Realty’s Mary Shannon Moore that she’s doing it again next weekend.

When listing agents are considering potential economies of scale in their business, leveraging open houses probably isn’t the first or most obvious thing to do.

But it worked so well for Green Lion Realty’s Mary Shannon Moore (who also runs the Out of the Box Owl real estate marketing group on Facebook) that Moore is doing it again next weekend.

Last month, the Port Charlotte, Florida, agent held 14 open houses in a 100-mile radius — all on the same day. Most of them (11 of the homes) were new builds, and she also had three currently occupied homes join the party.

“It was in four different counties,” noted Moore, who promoted the event on Facebook and split the costs of the promotion with the builder in question. As a result, Moore netted three sales and “tons” of leads — about 350 people showed up at the open homes in total.

Moore helps a number of builders in her area with marketing, so when she approached one of them and said, “I have agents in all these counties — what if I did this mega open house and promoted it all over and then we split the costs?” — he was game.

Moore picked the houses — different models and in different areas — and set up the Facebook promotion. Three listing clients were excited about the idea and wanted to offer their homes, too.

She also picked up a $200 gift card and made sure that her plan to give it away was prominently displayed in the Facebook ad that she ran. 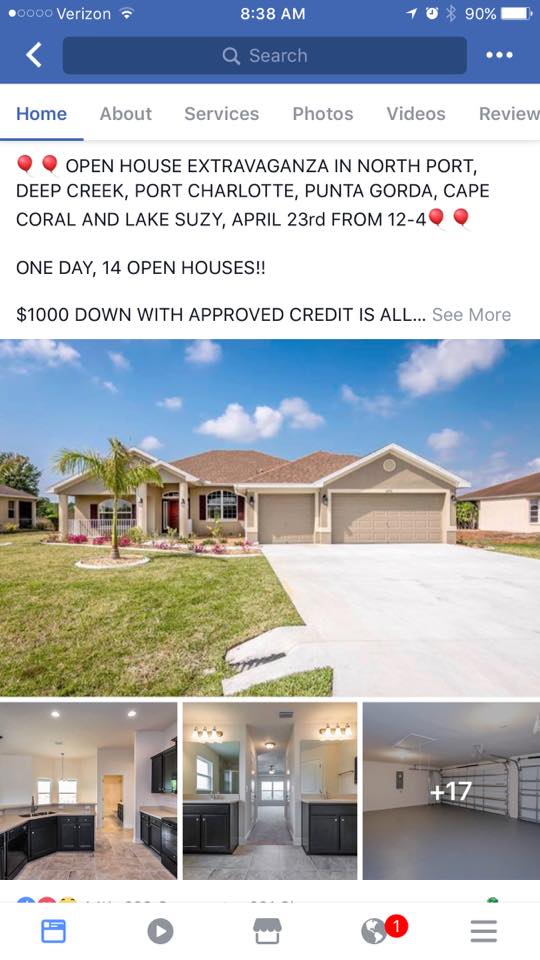 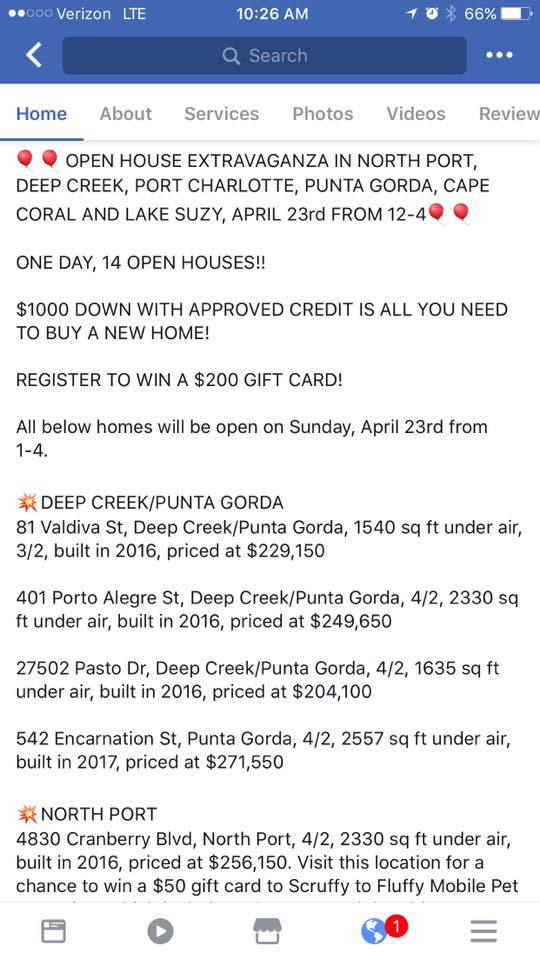 The giveaway ensured that potential buyers would offer authentic email addresses or phone numbers, and Moore also used some marketing tricks to try to get more response from the ad.

“The key is to take great pictures,” she noted. “Agents use their cell phones half the time and it’s awful.”

She suggests using something “bright and colorful” for the first photo and notes that she tries to find a photo that has some level of detail to it — that’s the photo to which Facebook will add a “+17” (or what-have-you) overlay to show the viewer where to click through to see all the photos.

If your viewer can’t quite see what’s happening beneath that overlay, they’ll probably click, she notes.

“I always put my hashtags in there — #CapeCoral, the different areas I’m holding the open houses in, so you’ll see that I have 12 different cities,” she noted. “And I always put ‘Interested? Call/text/private message or email,’ and have my information in there.

“I’d say half of the contacts I get are via text, because I tell people to text me,” she added. “If you don’t tell them, they’re not going to do it. Then I have their phone number — and it’s not as threatening as a phone call.” 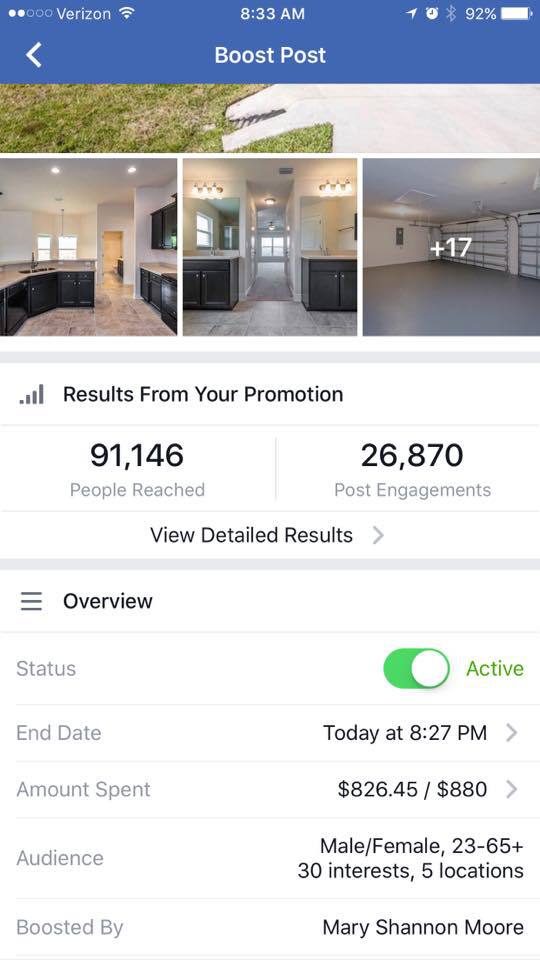 Moore said she spent about $1,500 total on the Facebook ad — she paid for just the one for all 14 homes — and the builder partner paid for half the costs, so all told, she got an average of 25 people to each open house for about $53.60 per home.

And she said that the builder’s decision to market the open homes on the MLS helped, too, because of syndication to the portals.

“Lots of buyers said they saw the open house on Zillow,” she noted. “Several people found it because the builder marked it as an open house.”

Moore bought branded feather flags for the event so that buyers could find the open houses. “A lot of people noticed them and said, ‘We saw the open house because of that,'” she noted. 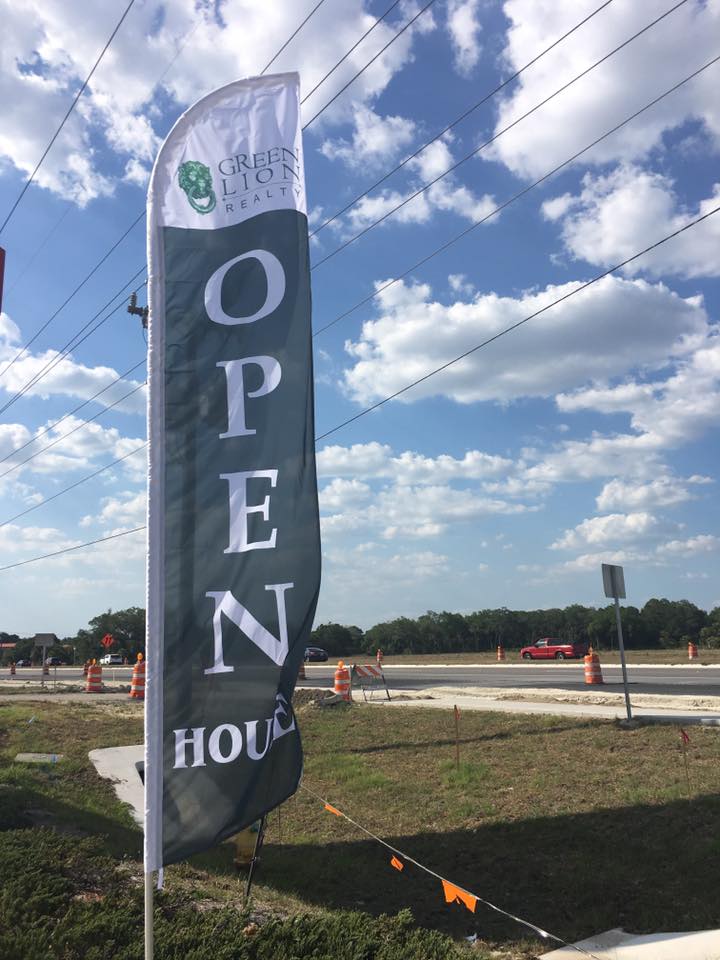 The event itself was from noon to 4 p.m. on a Sunday.

Moore had at least one real estate agent at each home, and “some of them I had doubled up — if I knew it was a busy location on a main road or if they were newer agents,” she explained.

The builder sold three homes as a result of the event, and Moore said she got enough buyer leads to keep her agents busy for a while, too.

She’s trying another one out on May 21 — this one with nine homes (they just added two more) that are a little higher-end than the last batch. The homes are also significantly closer together — within a 10-mile radius — so she’s thinking about a promotion for visitors who stop by every home, collecting stamps on a bingo card or something similar, then cashing it in for a small gift card at the ninth home.

Here’s Moore’s promotion for the next mega open house: 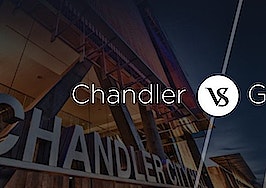 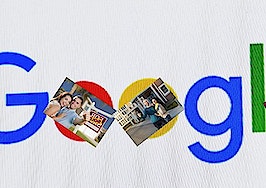 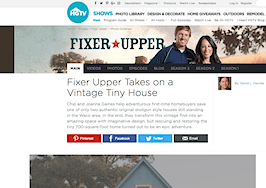