Most online leads are dead ends, so cutting through the noise to identify the keepers can be a real hassle. Enter Agentology. It screens leads so agents don’t have to, claiming to double or triple customer conversion rates.

Most online leads are dead ends, so cutting through the noise to identify the keepers can be a real hassle.

Enter Agentology. It screens buyers and sellers so agents don’t have to, and it claims to double or triple customer conversion rates.

After quietly building a customer base of around 1,000 agents and teams, Agentology recently raised an additional $4.5 million. It joins a growing number of other well-funded startups that help agents maximize the return of their digital marketing, such as Opcity and Riley.

Setting itself apart from some competitors, Agentology offers an agent network that helps agents milk referral fees from unwanted leads, and it uses American concierges to cultivate leads through multiple communication channels.

Agentology typically ends up costing between $4 and $6 per lead serviced, said Agentology CEO David Tal, who co-founded the company with his brother Avi.

The startup sees itself as an affordable alternative to using an inside sales agent (ISA), the industry term for real estate assistants who handle lead outreach. Some Agentology customers let their ISAs go after they begin using the service, David said. 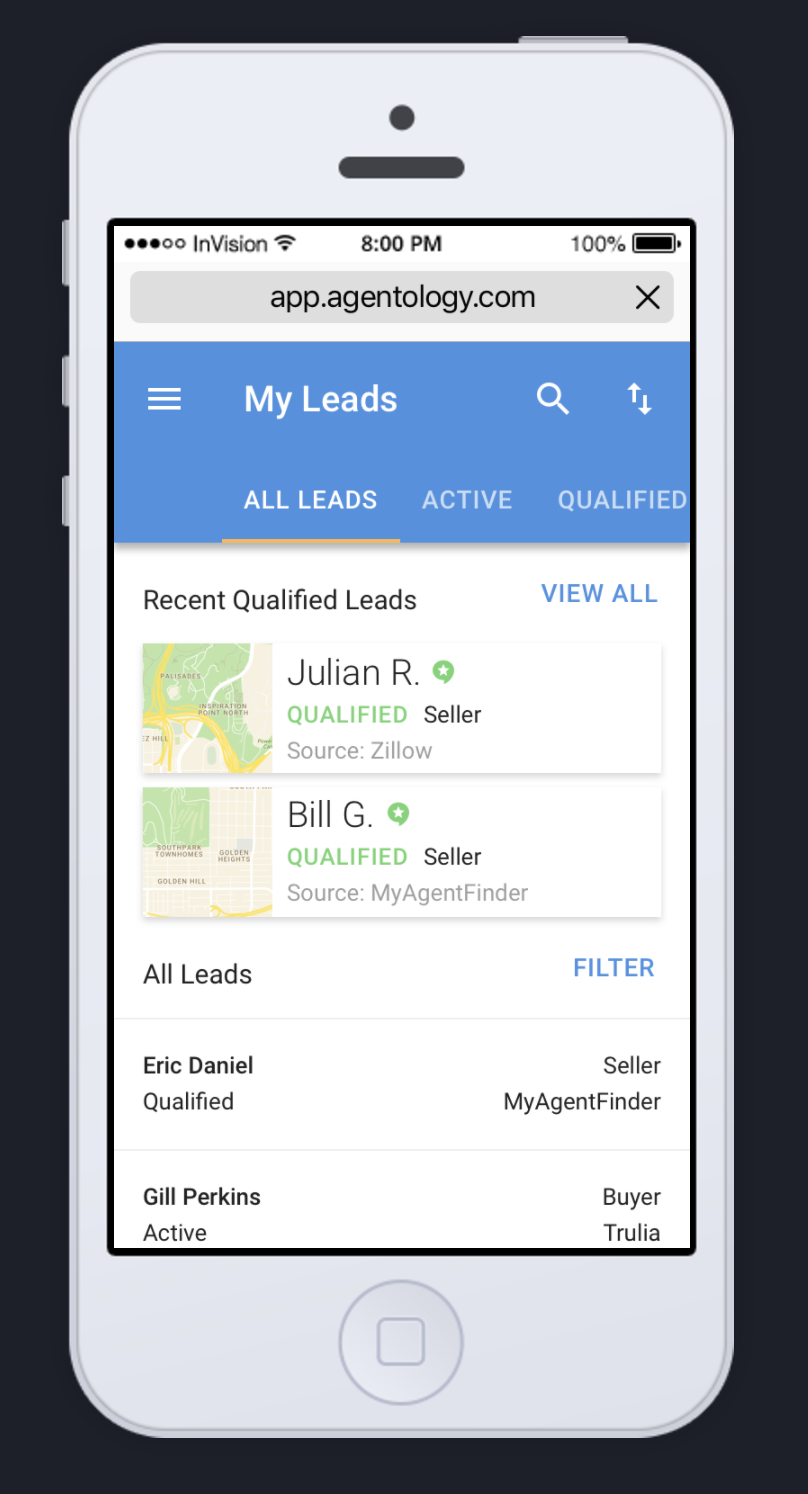 Integrating with a customer’s lead-generation system, Agentology will reach out to leads on behalf of agents, teams or brokerages within five minutes of detecting them — no matter the hour. Depending on the lead information available, the company will try to make contact up to 12 times through text messages, phone calls and emails.

“We’ve found that we get far better responses if we text them first,” David said.

Only two-thirds of leads received make it through Agentology’s vetting process. Among other questions, Agentology reps might ask leads whether they’re pre-approved for a mortgage, looking to buy or sell soon and how much they care about schools.

The goal is to “humanize the conversation” and make leads feel like they’re in good hands, David said.

While some outsourced lead-qualification call centers present communication barrier issues, Agentology only employs heavily-coached reps in the U.S., according to David.

Agentology also helps agents squeeze more cash from leads by allowing them to easily refer out unwanted or surplus leads to one of the 30,000 agents in its referral network. 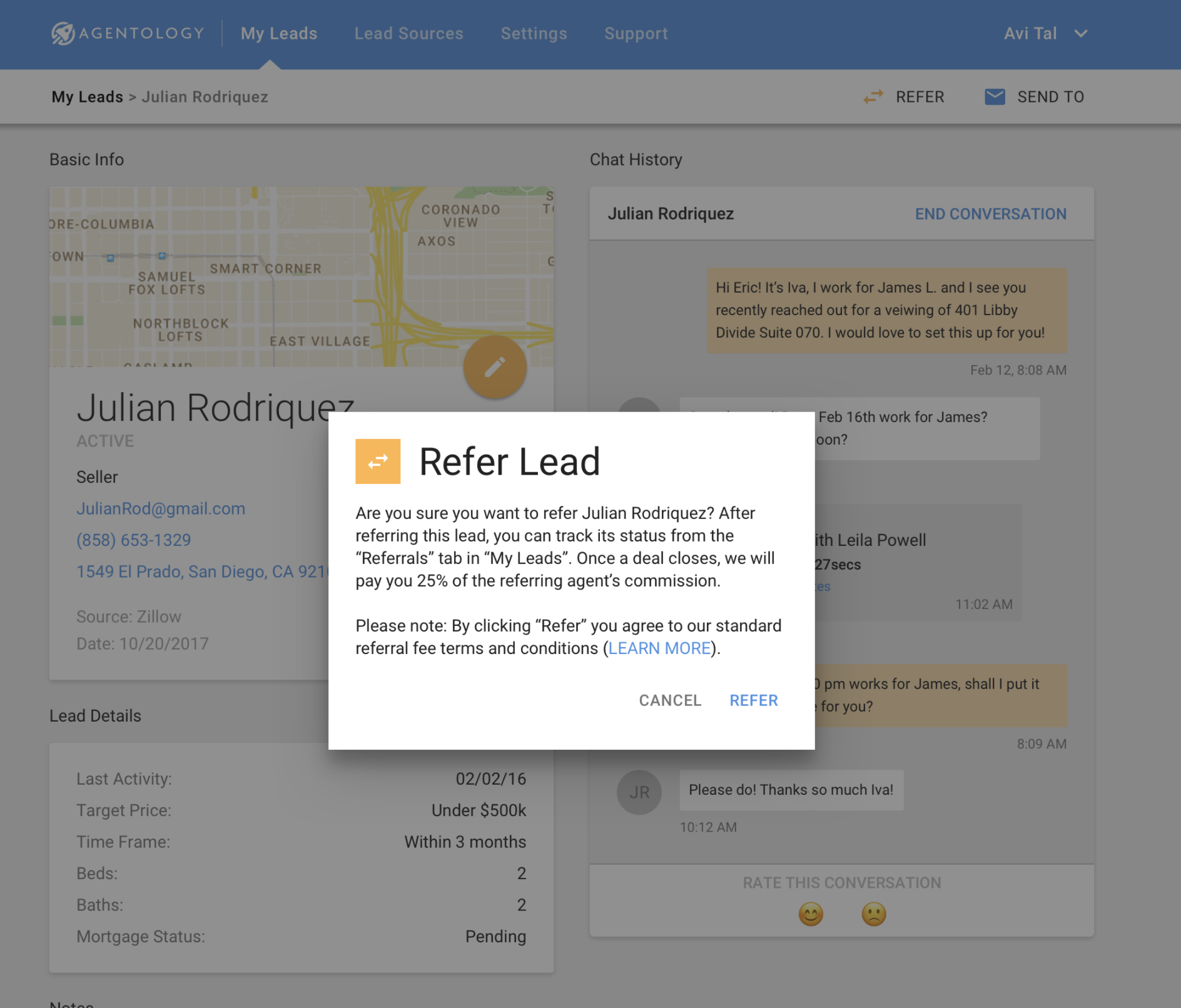 “We’re now giving agents a way to monetize and cash in on the leads that they were otherwise ignoring and throwing away,” David said.

Agents tend to use the referral network more over time as they discover it can be a cash cow.

“We have real estate agents where they start off as clients and they’re getting good [results] … they’re starting to spend money on ads outside of their market just for the purpose of referring it out,” Avi said.

Agentology’s referral network generated several thousand closings in 2016, and the startup is on track to triple closed referrals in the next year, according to Tal. 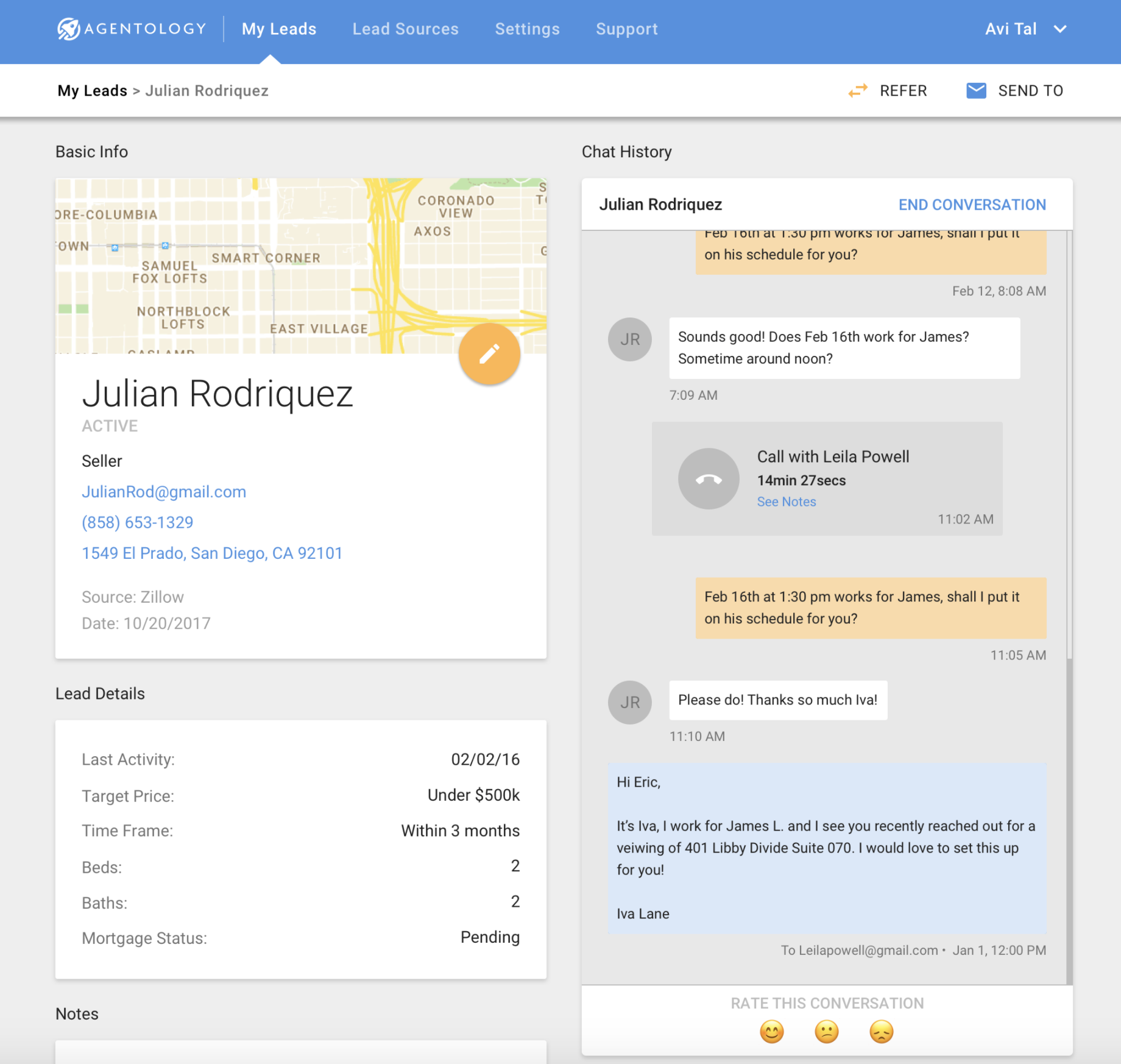 Agentology’s funding round was led by Freestyle Capital, with participation from Entry Ventures Group and OurCrowd. It counts former realtor.com CEO Allan Dalton and former Prudential California CEO Steve Rodgers among its advisers. 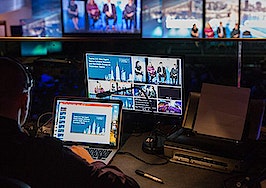 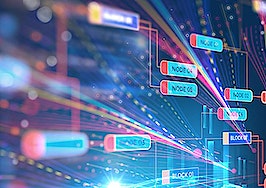