On one side, you have 2,770 consumers who claim that their lender suggested property values to appraisers (who are supposed to be utterly objective) when securing their loans. And on the other side, you have a lender claiming that the two law firms heading up the class-action lawsuit are “predatory.”

In the latest iteration of the battle between the two entities, a U.S. District Court judge has ordered Quicken Loans to pay an $11 million penalty ($3,500 per violation of West Virginia’s Consumer Credit and Protection Act), and the lender says it plans to appeal the ruling.

“This case is the latest example of predatory plaintiff law firms, this time Bordas & Bordas and Bailey & Glasser, manipulating our nation’s legal system by inventing a class of so-called ‘aggrieved’ plaintiffs to enrich themselves financially at the expense of lenders,” said Quicken in a statement.

What’s the lawsuit about?

The plaintiffs say that when the time came for an appraiser to look at the properties they were about to buy, Quicken provided the appraiser with a property value estimate — effectively communicating to the appraiser how much Quicken thought the property was worth.

Quicken countered that until the laws changed in 2009, it was standard operating procedure to provide appraisers with the homeowners’ estimate of the property’s value (which was probably pretty close to the listing price in most cases).

“It is irrational to conclude that the customary practice in the 2004 – 2009 timeframe where home owners willingly provided their estimate of their homes value to the appraiser could somehow result in a judgement against lenders for damages,” Quicken stated.

When homes are over-appraised, the individuals or families buying the home might find themselves with an “underwater” mortgage — one in which they owe more on the house than it’s actually worth — as soon as they move in. Plaintiffs in West Virginia (2,770 of them) joined a class-action lawsuit under the state’s Consumer Credit and Protection Act.

One couple in the original complaint said that their home was appraised at $151,000 by Quicken’s appraiser when its actual value was $115,500.

The district court judge agreed with the plaintiffs. “Once an appraisal is tainted by the implication of influence over the appraiser, especially by the party compensating the appraiser, the resulting appraisal cannot by any established standard be fair, valid and reasonable,” the court said.

It also found that Quicken concealed its actions, and therefore “deceived the plaintiffs.”

“In this case, the court concluded that professional appraisers were influenced by borrower’s estimates of their home values,” Quicken added in its statement. “The data does not support this erroneous conclusion. The class data showed that providing a borrower’s estimated value did not have any impact on appraiser valuations.”

Quicken has stated its intention to appeal the ruling. “The facts of this case are clear and we are confident that both the judge’s ruling and the damages assessed will be overturned on appeal,” Quicken said.

This is not Quicken’s first rodeo with Bordas — a 2006 lawsuit that also involved an inflated appraisal was represented by Jim Bordas.

Quicken is also being sued by the federal government for how it manages appraisals for government-backed mortgages. According to that lawsuit, Quicken allegedly encouraged loan underwriters to seek out secondary property appraisals to increase the likelihood of approval for a government loan, which is a violation of the Federal Housing Administration rules.

Editor’s note: This story has been updated with Quicken’s official statement. 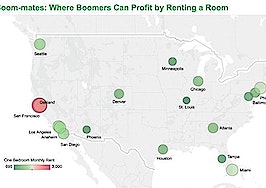 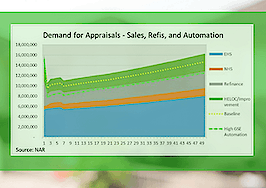 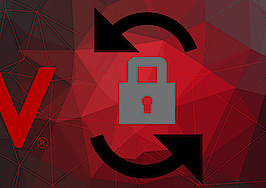 Santander Bank sends homebuyers to Rocket Mortgage for loans
Back to top
Only 3 days left to register for Inman Connect Las Vegas before prices go up! Don't miss the premier event for real estate pros.Register Now ×
Limited Time Offer: Get 1 year of Inman Select for $199SUBSCRIBE×
Inmanpot
Log in
If you created your account with Google or Facebook
Don't have an account?
Create an Account
Forgot your password?
No Problem