Many landlords won’t offer any flexibility to cash-strapped renters who can expect late fees and eviction notices when they miss payment deadlines. Domuso, a rent-collection platform for landlords and property managers, has found an innovative way to offer tenants some breathing room: It will cover their rent if they agree to pay Domuso back — with interest.

Many landlords won’t offer any flexibility to cash-strapped renters who can expect late fees and eviction notices when they miss payment deadlines.

Domuso, a rent-collection platform for landlords and property managers, has found an innovative way to offer tenants some breathing room: It will cover their rent if they agree to pay Domuso back — with interest.

Because landlords would prefer to avoid evictions, some of Domuso’s landlord customers want the startup to provide the financing, even though they must remain in the dark about who receives the relief, according to Domuso CEO Damian Langere.

“What I saw here was an opportunity to build financial technology built for rental payments … to be able to really change the industry’s view of the rental payment,” Langere said.

Boasting adoption by landlords representing 10,000 units, Domuso recently raised an additional $3.1 million funding, bringing its total funding to $5.8 million. A majority of investors who participated in the round are rental owners, reflecting significant buy-in from some of its customer base.

Langere, who co-owns apartment buildings in five states, became convinced that there was a need for rent financing while managing hundreds of units over the years. 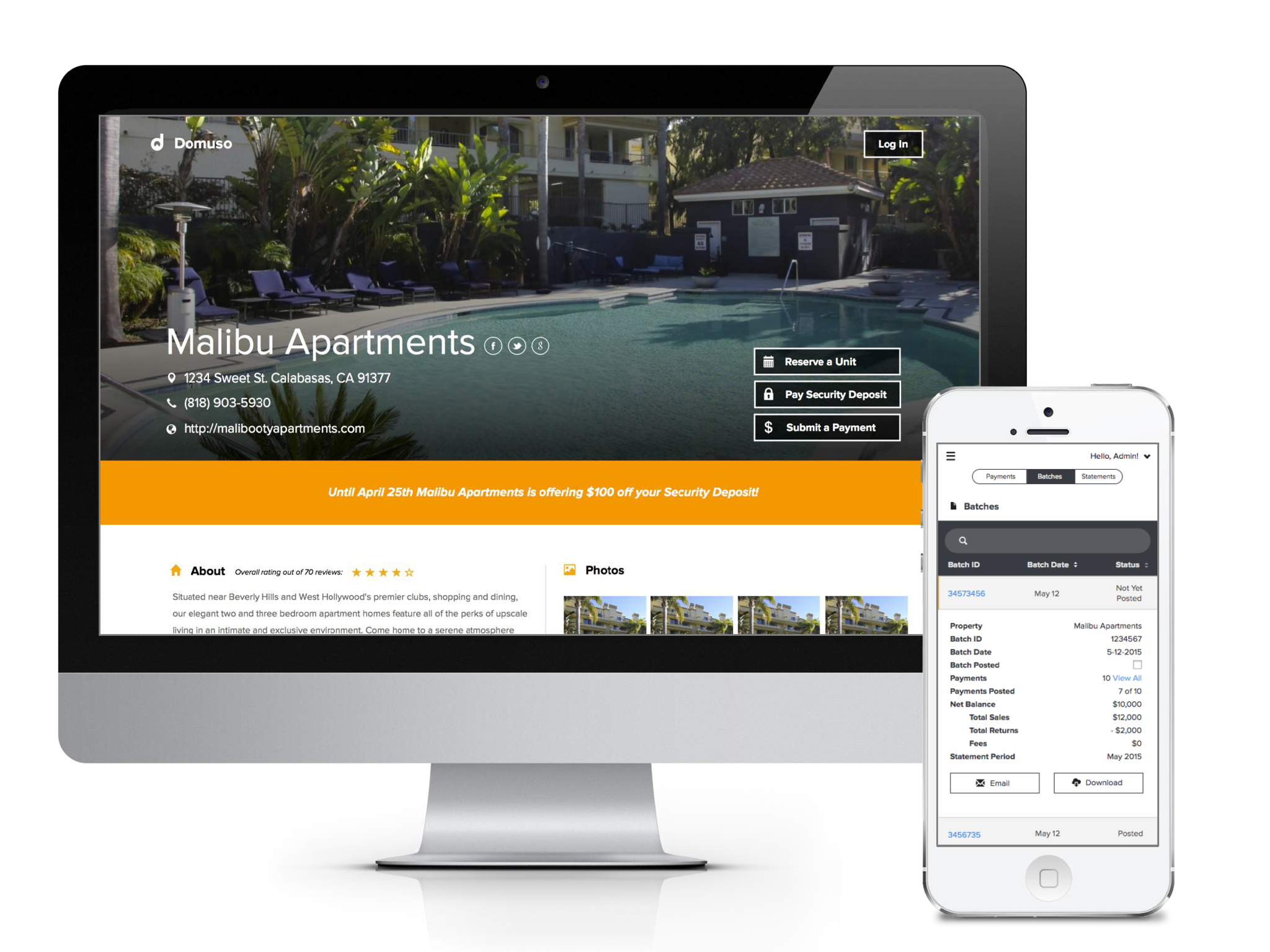 He says his startup fills a lending void that has expanded as increasing rents and the rise of the gig economy have put more Americans at risk of falling behind on their rent.

Nearly half of renters paid 30 percent or more of their income on housing in 2014, while roughly a quarter paid 50 percent or more, according to Harvard’s Joint Center for Housing Studies. By comparison, those figures were 41 percent and 21 percent, respectively, in 2001.

But the platform’s two rent-financing options set it apart, according to Langere.

The first can throw a lifeline to hard-pressed tenants.

For example, let’s say a tenant has a freak accident and the resulting hospital bill sets her up to miss her next rent payment of $1,000, due on October 1.

To dodge late fees or even eviction, she could ask Domuso for a loan to finance October’s rent and then pay the loan back over the next 12 months at an interest rate of 20 percent. (Interest rates on Domuso’s loans range from roughly 12 to 35 percent.) 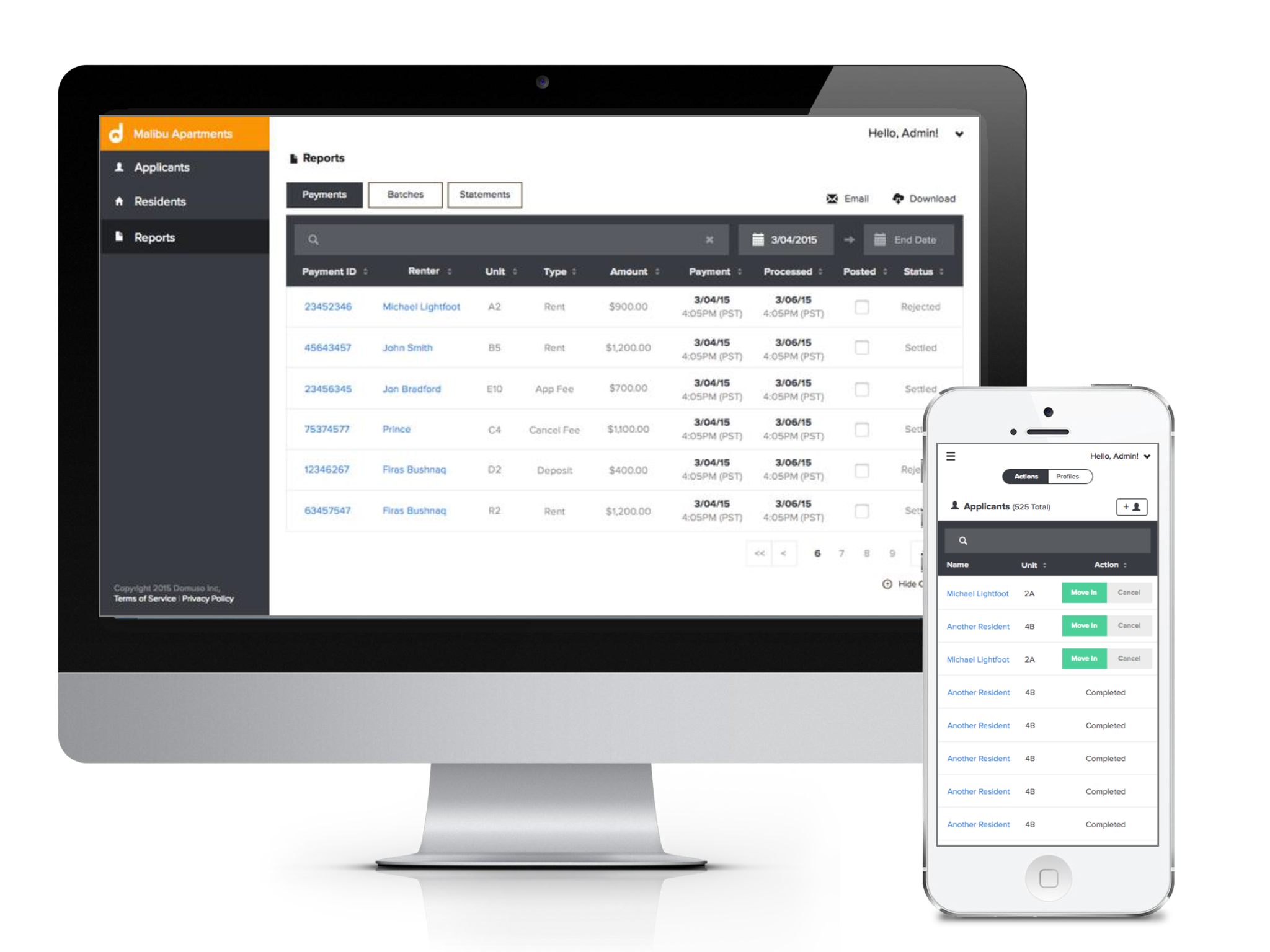 Domuso would pay the rent on the tenant’s behalf. In return, the tenant would pay Domuso a $25 loan origination fee, plus $93 a month for the next 12 months.

If everything went according to plan, the tenant would end up paying Domuso $112 in interest, on top of $1,000 in principal and the loan origination fee.

If they have granted Domuso permission to offer the relief, landlords or property managers are always aware of the possibility that payments made via Domuso may be financed. But they can never know for sure whether a specific tenant has used the financing; Domuso won’t disclose that information.

Domuso’s second financing option allows new tenants who have just been approved for an apartment to take out a loan to cover a portion of their moving costs, such as a security deposit or first and last months’ rent. 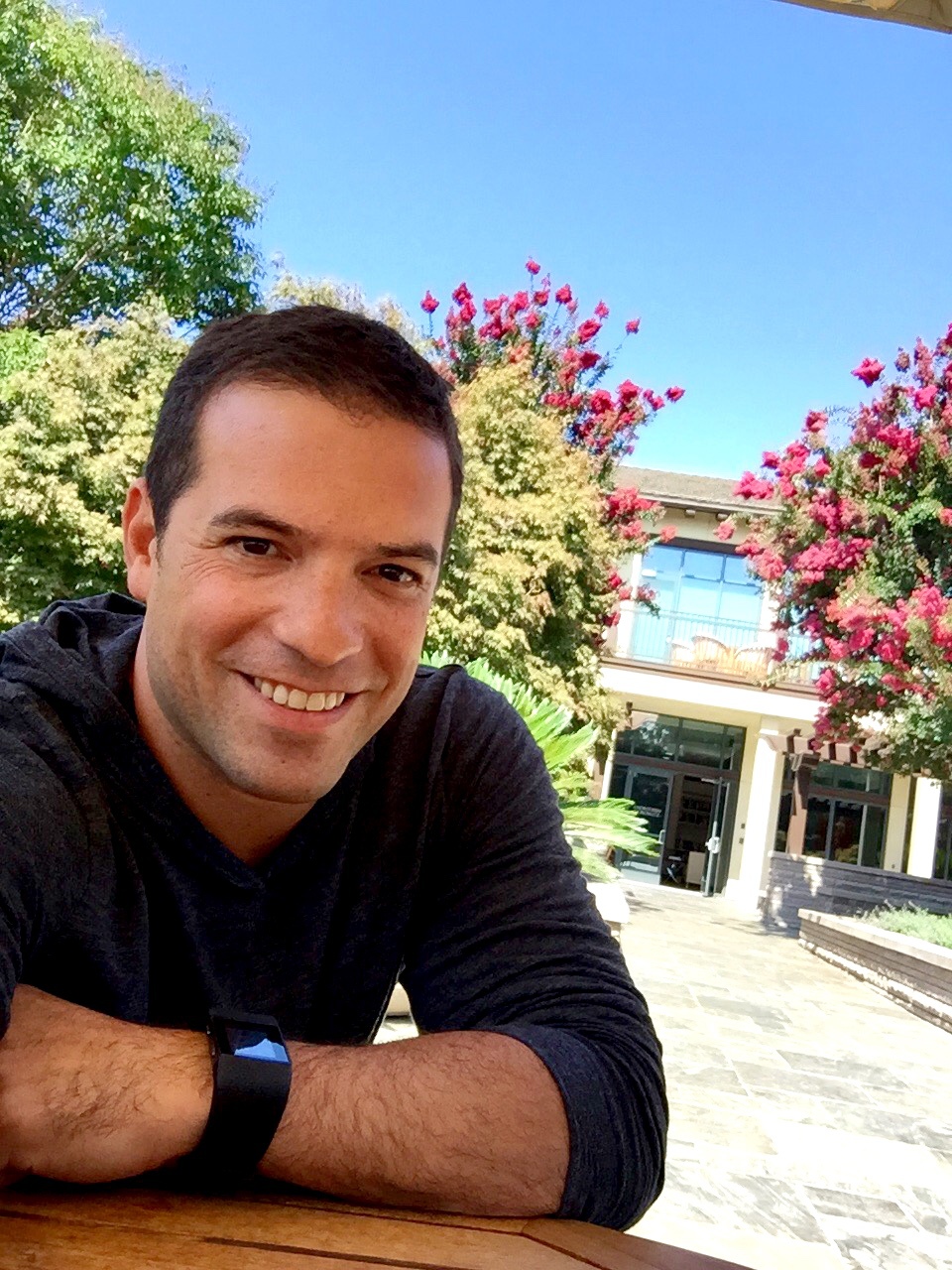 The idea is to offer a cushion to renters who don’t want to drain their bank accounts when moving.

Renters are only eligible for the financing if they qualify for an apartment without assistance. Their bank statements and pay stubs must show that they have the financial wherewithal to cover rent and upfront costs on their own.

So some landlords are comfortable not knowing whether new tenants use the option, Langere said. As with Domuso’s emergency loans, landlords aren’t notified if a tenant takes out a Domuso loan.

Rent financed by Domuso represents a no-risk payment for landlords because Domuso pays the rent and eats the loss if a tenant ultimately defaults, Langere said. And, he argues, borrowing money on reasonable terms to get back on your feet is better than not having a place to live.

“We’re not seeing people take our credit product and get evicted,” he said.

At the moment, the loan servicer that collects payments for Domuso does not assess any penalties if a tenant misses a payment to Domuso. But Langere said that will likely change in the future.

Other startups that have put fresh spins on rent financing have included Trotter and LeaseLock. 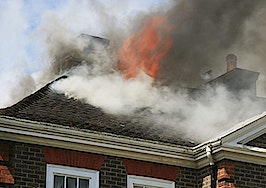 Why you should never, ever let buyers take possession before closing 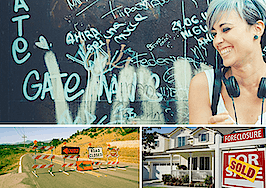 How to calm millennial fears about homeownership