UBS
by Marian McPherson
Share this article
You successfully shared the article.
Close

According to the UBS Global Real Estate Bubble Index released last month, which includes 20 of the globe’s largest cities, San Francisco is the most overvalued market in the U.S. thanks to home prices that have outpaced the rest of the country by 260 percentage points over the last 40 years.

The report also notes that despite a slowing of home price growth in San Francisco, it isn’t enough to improve affordability issues in the area, as income growth has failed to meet the cost of living.

Since 2011, real house prices of those metropolises within the bubble-risk zone have increased by almost 50 percent on average, according to the report, and prices have risen by approximately 15 percent in the other financial centers studied. “This gap is grossly out of proportion to the differences in local economic growth and inflation rates,” read the report.

The Swiss financial services company composed this index to track the risk of housing bubbles in international financial centers. 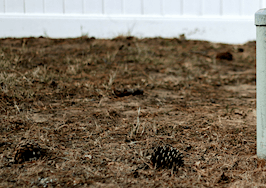 Don't sugar coat it: Here are the hidden costs of homeownership