Michal Pechardo on Unsplash
by Lew Sichelman
Share this article
You successfully shared the article.
Close

For 37 years, Bill Watts was a Methodist pastor. Now he tends to a different flock. As employee relations manager for the SH Enterprises family of realty-related companies in Gulf Shores, Alabama, Watts preaches about the importance of balancing work and family life …

For 37 years, Bill Watts was a Methodist pastor. Now he tends to a different flock.

As employee relations manager for the SH Enterprises family of realty-related companies in Gulf Shores, Alabama, Watts preaches about the importance of balancing work and family life to SH’s 250 full-time and 250-300 seasonal employees. Taking time to care for our own loved ones — and ourselves — is vital to finding happiness at work, he says.

“Simply put,” said 68-year-old Watts, who preached at eight different churches over his career, “we’re not going to be happy or successful in our work lives if our home lives are not happy. It is especially important to plan time to be with family, not just spend time with them when we have a few minutes.”

The former parson, who attended pastoral college at the Candler School of Theology on the campus of Emory University in Atlanta for a few weeks every summer for 10 years, says he himself learned that lesson the hard way.

Because he was a full-time pastor who also held down a secular job as a logistics manager at a manufacturing plant, he often missed many of his children’s activities. “I did not get to spend the time with them that they would have liked me to,” he says.

He didn’t realize it until his kids became adults “that they often felt short-changed,” he says. “They had resentment I didn’t understand until they were grown. It’s very important to pay attention to the needs of our families. And one of those needs is our time.”

Watts was about to retire from his secular job in 2011 when Sheila Hodges, chairman and owner of SH Enterprises, asked him if he’d be interested in counseling and coaching her employees. SH is the umbrella company for Century 21 Meyer Real Estate and Meyer Vacation Rentals, which manages properties along the Gulf Coast of Alabama and Northwest Florida. The company also owns Starr Textile Services, which operates two commercial laundry facilities serving the Gulf Coast hospitality industry in Alabama and Louisiana.

“I had known Sheila through my wife for several years, and she wanted her workers to be able to discuss work and personal issues freely,” he recalls. She wanted them to have a shoulder to lean on, but also someone who would keep their confidence.

The discussion continued on and off for a few months until Watts finally went in for an interview. And in June 2011, what he calls “the experiment” began. It took about a year to develop the program and get employees to trust him and understand how counseling can benefit them.

Now, the ex-minister has what he calls “a pretty business schedule” with employees booking his time as far as two weeks out.

As a life coach and counselor, Watts will discuss any issue employees and managers have, including problems they might have with one another as well as performance and personal problems. With the exception of anything that violates company policies, which must be reported to Human Resources, everything discussed is held in the strictest confidence.

The SH executive makes himself available 24/7 for any employee who wants to talk. Several meet with him on a regular basis, and he’s even officiated at employee weddings and funerals — all in a non-denominational fashion. Hospital visits also are a matter of course.

“It’s so similar to the pastoral care I did in the church,” says Watts, who credits Hodges for making the program a success. “Her vision and care for her employees was very important to her. None of this works without the support of leadership.”

Watt wants to slow down a bit now, cutting his workweek back from five days to three or four, so he can spend more time with his grandchildren. And as he winds down, he reinforces the need for everyone to plan and enjoy productive vacations. “We are mentally, emotionally and physically healthier when he enjoy planned time away from work,” he says.

Toward that end, he offers these tips for making the most of time off the job:

Once you know you’re going to be away, leave as few loose ends as possible. Also, communicate with your colleagues that you are taking time off and that you won’t be as accessible as you normally would.

Check emails only once or twice a day — not every time the phone pings. Only if an emergency arises should you be contacted.

All this “creates peace of mind for you and instills confidence and trust in your team,” Watts explains.

2. Lean on your team

It takes discipline to disconnect, but giving directions in advance about handling important issues that may arise while you are away can help relieve pressure and help you focus on your family.

“Empower whomever is going to be in charge to make decisions within certain parameters,” the SH employee relations manager advises. “If there is something that can’t be decided until you return, you can always deal with it when you get back. There’s likely nothing you could do while you are away.”

“Time away means time away,” Watts says. “I urge people here all the time when we talk about stress and planning for a vacation to realize that a true vacation can’t happen if they still answer all the calls and emails.”

If you must review emails while away, respond only to those which cannot wait or be re-routed to a colleague, he suggests.

Organize and complete important tasks in advance, but be prepared for numerous things that need to be handled when you return. To keep from being overwhelmed when you get back, prioritize your emails and tasks by deciding which must be dealt with immediately and which can wait.

“Prioritizing is a way to organize your time and energies to help you manage the workload when you return,” Watts says.

Many people avoid taking time off because their employers will find they can get along just fine without them or their role in the company. But this fear is usually unfounded, the former minister says.

“You must realize and accept your value to the company and understand that just because a co-worker can double-up for a short time does not mean they can do it for an extended period,” he says.

So when such thoughts pop into your head, put them aside and “return to your family and re-focus on enjoying the moment.” 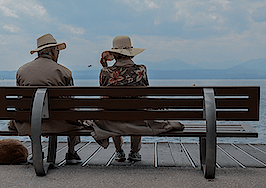 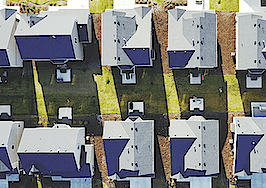 Home listings will continue to be rare gems in 2018 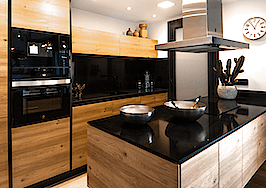