Fannie Mae on Wednesday reported a fourth-quarter net loss of $6.5 billion, a steep year-over-year decline that the government-sponsored, publicly traded entity attributed to a one-time accounting charge brought on by changes to the tax code that passed into law in December.

Fannie Mae on Wednesday reported a fourth-quarter 2017 net loss of $6.5 billion, a steep year-over-year decline that the government-sponsored, publicly traded entity attributed to a one-time accounting charge brought on by changes to the tax code that passed into law in December. For full-year 2017, Fannie Mae posted a net income of $2.5 billion, down from $12.3 billion in 2016.

The changes in income for the fourth quarter and full year, which plunge Fannie Mae into a $3.7 billion deficit, were driven primarily by a $9.9 billion provision outlined in the “Tax Cuts & Jobs Act” that remeasured the entity’s deferred tax assets using a lower corporate rate. That lower rate, estimated at 20 percent, is expected to benefit Fannie Mae in 2018, officials said in the Wednesday report.

“Our 2017 results demonstrate that the fundamentals of our business are strong,” said Timothy Mayopoulos, the president and chief executive of Fannie Mae, in a prepared statement. “While the fourth quarter was affected by a one-time accounting charge, we expect to benefit from a lower tax rate going forward. As we mark 80 years of serving America’s housing market, our focus is on building a strong, stable housing finance system for the future.”

As a result of the deficit, Fannie Mae officials on Wednesday said the Federal Housing Finance Agency, which regulates the entity, would submit a request to the Treasury Department for $3.7 billion in taxpayer funding to close the gap, according to the quarterly report. If the request for funding is accepted, it would mark the first time since 2012 that the government has had to bail out Fannie Mae, according to The Wall Street Journal in a report on Wednesday morning.

Following the 2008 housing crisis, Fannie Mae and its little brother, Freddie Mac, were placed in conservatorship, by which the Federal Housing Finance Agency was appointed to manage the government-sponsored entity’s financial affairs. Under terms of the deal, Fannie is required to pay back the government through quarterly dividends.

In December, the Federal Housing Finance Agency entered into an agreement with the Treasury Department that adjusted the dividend provisions of the deal. The agreement increased the capital reserve amount to $3 billion and reduced the dividend by $2.4 billion. 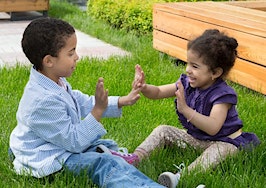