Photo by Mark Wilson/Getty Images. (Republican House Speaker Paul Ryan of Wisconsin meets with lawmakers outside the House chamber of the U.S. Capitol on Wednesday, Dec. 20, 2017)
by Jotham ​Sederstrom
Share this article
You successfully shared the article.
Close

The final legislation shines brightly on brokers and developers, through changes to so-called pass-through entities, like S-corporations and LLCs…

Republicans have something extra to celebrate this holiday season: both houses of Congress successfully passed the GOP-led tax reform package today, the largest set of changes to the tax code in a generation, changes that stand to have huge impacts on the real estate industry and all of American life.

The “Tax Cuts and Jobs Act” passed largely along party lines in the House (again) on Wednesday, 224-to-201, following a voting error on Tuesday, and in the Senate 51-48, bringing to a close a two-month debate between Republicans and Democrats in which longtime incentives to homeownership were in the crosshairs and the real estate industry boldly answered a call to arms.

The reform package caps mortgage interest deductions for primary and secondary residences at $750,000 (down from $1 million today), while capping state and local tax deductions (SALT) at $10,000 (there’s no cap at present), according to language in the new law.

The provisions mark hard-fought compromises from earlier drafts of the bill that slashed the mortgage interest deduction in half to $500,000, and eliminated state and local deductions entirely.

The bill, which suffered a minor setback Tuesday after members of the House approved language that violated Senate rules, could be signed by President Donald Trump by the end of the year if spending cuts automatically triggered by the bill can be waived, according to White House economic adviser Gary Cohn, as reported by Reuters.

“[It will] deliver historic tax relief to American families,” Senate Majority Leader Mitch McConnell (R-KY) told reporters after the vote. “It will help put our country on a trajectory toward more innovation and better paying jobs. It will repeal an unfair tax at the center of ObamaCare and help America achieve greater energy security.”

Potentially as impactful to homeowners were proposed tenure requirements that would have obligated owners to occupy a primary residence for five of the past eight years to qualify for tax exemptions, thereby potentially exposing them to tens of thousands in new capital gains taxes.

Leading up to a final draft of the bill, however, lobbyists successfully fought to save current requirements, by which individual sellers aren’t responsible for taxes on the first $250,000 in profit from a sale — provided it’s a primary residence, occupied for two of the past five years (the capital gains exclusion rises to $500,000 for married couples filing jointly).

As for the real estate industry itself, the final legislation shines brightly on brokers and developers, through changes to so-called pass-through entities, like S-corporations and limited liability corporations (LLCs). Under the newly enacted tax reform package, pass-throughs, often used by brokerages and other real estate entities, would be locked into a 20 percent deduction — a substantial savings given that pass-through owners currently pay taxes on these profits through the individual income tax rate.

The tax code revisions will now lower the corporate tax rate to 21 percent, from a current rate of 35 percent, effective next year. Meanwhile top individual earners will inherit a tax rate of 37 percent, down from the present value of 39.6 percent.

Many of the compromises to the original GOP bill stemmed from an ambitious lobbying campaign spearheaded by the National Association of Realtors, a trade organization boasting approximately 1.25 million members that inundated elected officials with more than 300,000 emails leading up to the vote. Simultaneously, NAR leaders met with legislators in Washington and targeted homeowners across 60 counties to inform them of the bill.

NAR President Elizabeth Mendenhall on Wednesday praised members for their rapid response, but warned that more work would need to be done in the new year as the impact of the tax revisions came into focus.

“The results are mixed,” said Mendenhall in a prepared statement. “We saved the exclusion for capital gains on the sale of a home and preserved the like-kind exchange for real property. Many agents and brokers who earn income as independent contractors or from pass-through businesses will also see a significant deduction on that business income. Despite these successes, we still have some hard work ahead of us. Significant legislative initiatives often require fixes to address unintended consequences, and this bill is no exception.”

The historic Senate vote came just hours after the House voted in favor of the bill for the first time, 227-203, following an emotional roll call in which supporters and critics made their opinions known one last time. Speaking from the dais in the U.S. Capitol, Rep. John Lewis of Georgia, a Democrat opposed to the bill, beseeched his fellow colleagues, including House Speaker Paul Ryan, to vote against House Resolution 1.

“This bill is not for the people,” he said. “It is not of the people and, Mr. Speaker, it is not tax reform. You reward your donors so that our children and grandchildren will suffer. This is not fair. It is not just. And it is below the dignity and worth of this body.”

Rep. Diane Black, a Tennessee Republican, spoke for supporters of the bill and constituents, whom she characterized as middle-class families that, she claimed, would benefit from the law.

“As a conferee for HR. 1, ‘The Tax Cuts and Jobs Act,’ I’m proud that we kept our promise of providing tax relief for hardworking, middle-income families and making the tax code simpler and fairer for all,” said Black. “It’s been more than three decades since our tax code has been modernized and this is finally the day to change that.” 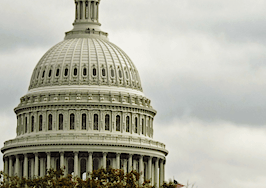 GOP tax reform would drive up costs of selling a home 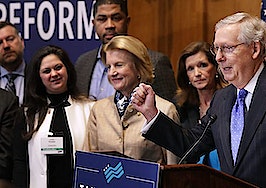 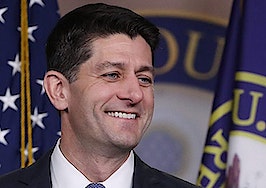