WMIH Corp. has acquired a majority interest in Nationstar, the mortgage servicing company that owns real estate technology platform Xome and recently rebranded its loan origination operations to “Mr. Cooper.” Nationstar says operations will continue as “normal,” meaning the company will retain its name, headquarters in Dallas, senior leadership team and all 7,000 employees.

As a result of the merger, Nationstar shareholders will get $1.2 billion in cash from WMIH and $7.02 million in shares from the combined company, which will be traded on the NASDAQ under “WMIH.”

Nationstar CEO and chairman Jay Bray said the merger will not only create value for shareholders in the near and long-term, but it will also bolster Nationstar’s efforts to scale Mr. Cooper.

“I am passionately committed to continuing and accelerating our growth and investment as a leader in our industry, leveraging our best-in-class integrated servicing and originations platform,” said Bray in a press release.”The Nationstar Board and management team have taken considerable steps to make homeownership simpler and more rewarding for our three million customers and we look forward to identifying additional opportunities to enhance value for the combined company’s shareholders.”

In August 2017, Nationstar rebranded as Mr. Cooper, a move that Bray said represented a “more personal relationship” between them and homebuyers. In addition to the name change, Nationstar upgraded its servicing and loan origination experience, which included the move to a U.S.-based call center team, the elimination of all online transaction fees for on-time payments, and intensive customer service training for the entire company.

WMIH Corporation CEO Bill Gallagher says Nationstar “aligns perfectly” with the company’s renewed interest in acquisitions — something they’ve been avoiding since their transition from operating as Washington Mutual Inc. to WMIH in 2012.

According to a report by Dallas News, Washington Mutual Inc. went belly up after Washington Mutual Bank was seized by the Office of Thrift Supervision in 2008. The bank-holding company filed for bankruptcy, and came back as a WMIH, a “legacy reinsurance business operating in runoff mode.”

“Nationstar’s talented and experienced management team, best-in-class servicing platform, and continued investments in customer education and self-service position it for growth across channels and services,” said Gallagher in a statement. “We look forward to working with Nationstar’s talented team to build on the Company’s strong foundation to drive growth, expand the platform and create shareholder value.”

“The combined company is expected to benefit from WMIH’s platform and financial attributes, which are expected to enhance free cash flow available to support business growth and be accretive to shareholders’ equity.”

As reported by Housing Wire, the $3.8 billion merger is expected to close in the second half of 2018. Prior to WMIH Corp., Nationstar was controlled by majority stakeholder Fortress Investment Group. 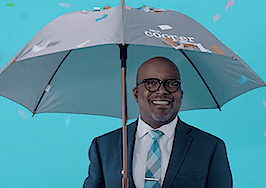 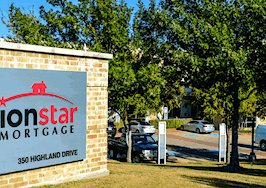 Nationstar's Xome revenue continues to shrink in the third quarter 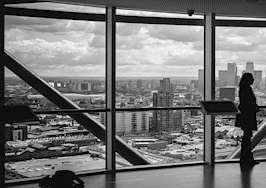