Imaging company Matterport has rolled back the changes made to its terms of service (TOS) last week after news of the initial update prompted confusion over the scope and nature of the new terms among its customers, according to the company.

Matterport’s specialized cameras are regularly used by real estate agents and service partners who provide capture services on behalf of agents to create immersive 3-D property tours, also known as models, that accompany listings for sale or rent and are published online.

The TOS changes announced last Wednesday created a new limited license for Matterport’s use of the 3-D home tours uploaded by its agent and broker customers. Matterport implemented them in a bid to enable private use of these tours for homebuyers after a home sale, to be stored in an online “ecosystem” accessible only to authenticated users, according to the company.

The new TOS did not allow Matterport to retain copyright of the tours, nor did it allow the company to “share” the spaces publicly for marketing purposes, as some erroneously believed, Matterport said.

In addition, Matterport, through the updated terms, had given customers an opportunity to opt out of the new license in coordination with the seller. The company also was not including models unless they had been previously shared publicly. Some of these details were lost in the backlash against the terms. An Inman article published Friday initially suggested the terms allowed for more public sharing before a correction later in the day.

Part of Matterport’s rationale behind the TOS update was to help develop new private uses for the 3-D models, Matterport CEO Bill Brown told Inman in an interview Monday.

The changes to the TOS would have allowed Matterport to give new homeowners or residents private, password-protected access to a 3-D model of their home captured by, or on behalf of, a previous seller, owner, or agent, and which had been previously marked as “public” for purposes of sharing on a listing. The new homeowner/resident could only access the 3-D model of their property with a password and with authentication proving they were really the owner or current resident, Matterport said. This was designed to give homeowners and residents the ability to privately share the model with selected third parties such as insurers and remote home appraisers, for example, but only if they proactively selected such options.

These companies could use the model when assessing the home, providing them better visibility into the square footage and condition of a property.

But the move brought a level of complexity to the TOS that left room for misinterpretation and opened up questions, said the company, including misunderstandings with regard to what was already stipulated in the existing terms, and what was actually new. Matterport acknowledged that it could have been clearer in explaining the terms of service changes to customers and to Inman as well.

In light of the confusion, the new licensing terms have been temporarily removed. The company said it was looking at alternative ways to implement a change in the terms that would achieve its goals, but would take care to include all stakeholders and communicate any imminent changes ahead of time.

In a press announcement about the rollback, Matterport said that Brown had posted a note to Matterport’s official user private Facebook group Sunday night that retracted the change to terms and stressed again that the aim was never to allow the models to be publicly shared nor to claim copyright of the content.

“Our aim is to help drive adoption of 3-D models and to make them as useful as possible to everyone involved in the transaction,” Brown told customers on the Facebook page. “That said, it is quite complex with a lot of different parties and perspectives involved, and we apologize for any confusion the change caused within the industry.”

Speaking to Inman, Brown didn’t want to put any exact timing on trying to implement changes along these lines to the TOS in the future. A crucial part of any update moving forward would be to make business terms through which more direct control could be given to customers, with opt-out and opt-in capabilities made very plain, he told Inman.

Specifically, the previous opt-out under the now-revoked TOS required that the homeowner be involved, but Brown said that when Matterport decides to update the TOS again, agents or photographers will be able to opt-out on the homeowners’ behalf.

“We need to spend a little more time on what the options are going to be for our customers to directly opt out of the license on their own behalf, or on behalf of the homeowner, so we are going back to drawing board on that and will have an opt-out for our customers,” said Brown. “Out of this we have realized it’s much more important to get it right than to do it quickly, so we are lining up with partners, and setting up communications before we implement anything. We don’t want misunderstandings of what we are doing having an impact on our current customer business.”

“If it creates uncertainty in agents’ minds, that’s the last thing we want,” Brown added. 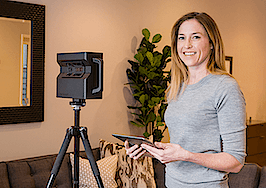