Photo by NeONBRAND on Unsplash

On April 30, 2018, the California Supreme Court rendered its decision in Dynamex Operations West v. Superior Court of Los Angeles. This ruling may very well be the death knell of independent contractor (IC) status in real estate, not only in California, but possibly throughout the country.

*This story has been updated with a writer’s note.

On April 30, 2018, the California Supreme Court rendered its decision in Dynamex Operations West v. Superior Court of Los Angeles. This ruling may very well be the death knell of independent contractor (IC) status in real estate, not only in California, but possibly throughout the country.

The headlines about this ruling have been sensational: Akerman’s HR Defense blog says, “Say Goodbye to Independent Contractors.”

Does the shift to the ABC test really mean the end of IC status?

Given that a number of states have used the ABC test for IC status for decades, this decision would simply seem to be a simplification of the 20-factor Borello test that had been the standard in California.

Akerman’s HR Defense blog explains why that may not be the case:

The landmark decision in the case known as Dynamex presumes that all workers are employees, sets out a new three-part “ABC” test that businesses must satisfy in order to classify workers as independent contractors, and, as one expects in California, places the burden on the business, not the worker, to prove that any particular worker is properly classified as an independent contractor.

Under the ABC test, a worker must satisfy all three of the following factors to be an IC, regardless of any employment agreement they may sign. These three factors are:

A business’s failure to prove any one part of the “ABC” test will result in the worker being classified as an employee under the applicable California wage order. The article goes on to state:

By shifting the burden to the business, the Supreme Court created a presumption that workers are employees. Further, the circumstances of the working relationship will decide the question; businesses may not avoid the “ABC” test by way of a contract by which the parties agree the worker is an independent contractor.

This is the exact situation that took place in Massachusetts in Monell et al. v. Boston Pads. Like the new California statute, Massachusetts uses the ABC or three-factor test for IC status.

In his ruling, (Monell v. Boston Pads), Judge Robert Cosgrove noted that Massachusetts real estate statutes required brokers to “exercise some degree of supervision over salesperson in the completion of transaction in order to ensure compliance with the real estate licensing laws.”

This is the same situation that exists in California.

Cosgrove’s ruling went on to state that:

This begs the question, how can a real estate salesperson be “free from control” of the broker under the independent contractor statute, where the real estate statute requires that the salesperson “be under (the) supervision of (the) broker?”

The risks are real

Two previous California lawsuits illustrate how costly failure to abide by the IC laws can be.

Bararsani v. Coldwell Banker was deemed “the big one” by most experts. The reason was that a ruling against Coldwell Banker could have forced up to half the California brokerages and 75 percent of their agents to leave the business.

The plaintiffs alleged that Coldwell Banker had misclassified current and former affiliated sales associates as independent contractors when they were actually employees. That suit was settled for $5 million. Realogy took a major hit that protected not only its brands, but the current system and other brands as well.

There will certainly be more litigation based upon Dynamex decision. The industry still has some breathing room, especially since it can take up to five years to go to trial in California, and then the appeals process can take several years more.

You can also be assured that the California Association of Realtors (C.A.R.) and organized real estate nationally will aggressively pursue getting the California legislature to create a carve out for real estate.

In my judgment, however, the real risk exists with the California Labor Commissioner (DLSE), which has been extremely aggressive in pursuing claims for IC violations, the most notable of which was against ZipRealty.

In August 2010, four ZipRealty agents complained to the DLSE that they were at-will employees who worked full time for ZipRealty and had not been paid minimum wage and overtime premium pay as per the California Labor Code.

After the trial and appellate courts found for the agents, ZipRealty settled for $580,000.

Even though ZipRealty settled, the Labor Commissioner then sought to recover $9 million unpaid wages plus another $9 million in additional damages. ZipRealty ultimately settled for $5 million plus the employer’s share of FICA taxes and back wages for other employees.

A primary reason labor commissions across the country are seeking to end IC status comes down to one word: money. Their position is that IC status allows businesses to skirt taxes that cause state and local governments to lose payments for unemployment insurance, payroll taxes and worker’s compensation funds.

What would be the effect in California?

Rob Hahn argues that, at minimum, this decision requires brokers to pay agents at least a minimum wage.

I disagree, however, with Hahn’s prediction that the state would end up with about 35,000 Realtors rather than the approximately 190,000 that currently belong to C.A.R. now. So, what would the actual effect be if this was to come to pass?

When I interviewed California brokers while researching IC status for the Swanepoel Trends Reports in 2015 and 2016, the consensus was that a shift to minimum wage for real estate would require the broker to make about $40,000-$45,000 a year from each agent to break even and over $50,000 to make a profit. 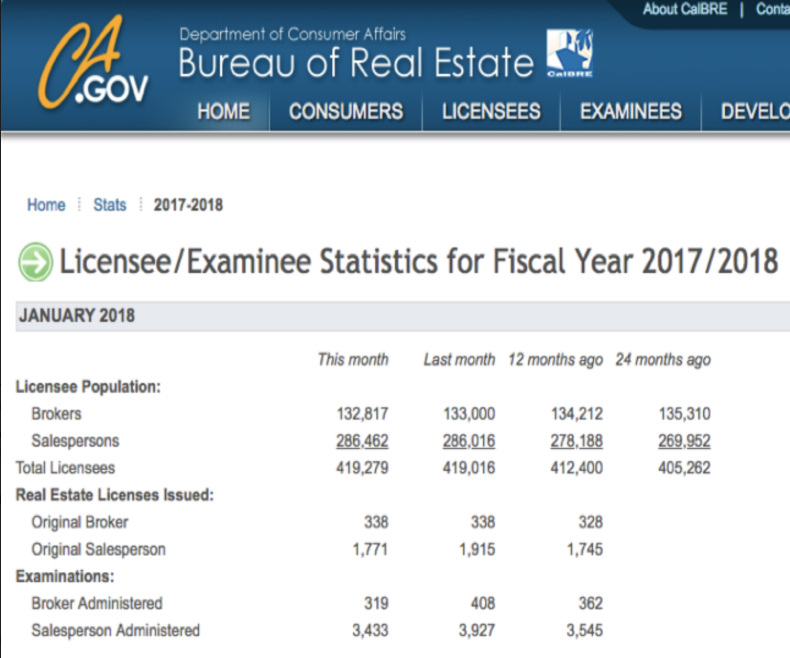 Given that NAR reports that the median gross income of Realtors was $42,500 in 2016 (the most recent data available), that would mean that over half the California Realtors would no longer be employable at minimum wage.

So because the median gross income is $42,500 (in 2016) and we’d assume that at least half didn’t make that, we’ll estimate that to make the $50,000 (the number estimated above that brokerages would need to be profitable in a minimum wage system), only about 40 percent of agents would make that cut.

Those holding broker licenses would be able to continue in business despite the changes in the law.

If we calculated the number of salespeople left after cutting those who wouldn’t make over $50,000, we’d be left with about 114,585 salespeople.

Nevertheless, that means approximately 171,900 would be unemployable. That would have devastating effects on existing brokerage models that are built on head count and low fees. It could also be a severe blow to agent teams who often treat their IC agents as employees.

The question is how can brokers, teams and solo agents weather the storm if the current IC status goes away — see part 2 next week to learn what you can do to survive.

Writer’s note: After posting my article, “Is Minimum Wage Coming to Real Estate in California?” I spoke with June Barlow, the General Counsel for the California Association of Realtors. After a careful analysis of the ruling, Barlow believes:

The ruling does not impact real estate broker-salesperson relationships. Among other things, there are specific California laws that acknowledge the independent contractor status between brokers and salespersons for statutory purposes, and they would take priority over the decision that was specifically limited to “wage orders,” which are regulations for specific industries.

Nevertheless, there will always be tension between the real estate laws requiring brokers to supervise their agents and the employment law relating to “control” being a factor.

In my opinion, this risk is real. See part two to learn more details about this decision and what you can do be prepared if the environment changed and minimum wage in real estate became a fact of life. 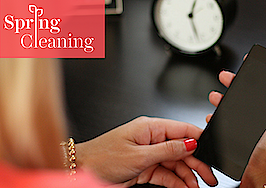 How to make time when there isn’t any 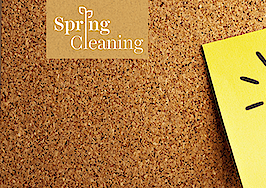 9 ideas for getting your online leads to 'stick' with you 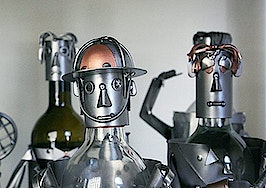 How the robot invasion will set real estate agents free 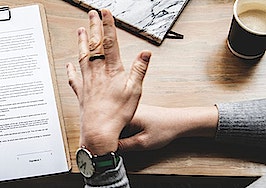