As I was sitting in the speaker’s room backstage at the recent Federal Trade Commission (FTC) and Department of Justice (DOJ) hearing on competitiveness in the real estate industry, I could not get a particular question out of my head: Does any of this even matter?

As I was sitting in the speaker’s room backstage at the recent Federal Trade Commission (FTC) and Department of Justice (DOJ) hearing on competitiveness in the real estate industry, I could not get a particular question out of my head.

“Does any of this really matter?” If you want to suck the passion out of a speech, fixate on that worry before you walk on stage. Egads.

I in no way diminish the value of the civil servants who put this important workshop together, nor disparage the hard work of so many lawyers, lobbyists and industry leaders who were there interpreting and analyzing every word of every talk and panel.

But we are at a point in the real estate disruption curve where the FTC, the DOJ and special interests like the National Association of Realtors are not as relevant as they used to be.

Twenty years ago, the industry behaved poorly toward innovators and the government came to the rescue of inventors of the time. Today, forces bigger than powerful trade groups and the FTC and the DOJ are at work.

The on-demand consumer economy and the instant offer real estate movement could upend the multiple listing service, recast how homes are bought and sold and rearrange the role of traditional broker-owners and franchises.

I think this could create new opportunities for agents, as long as they are paying attention and can adapt to new ways of doing business. Consider that Uber still depends on drivers, AirBnb relies on homeowners, and YouTube needs creators. Each of these groups deliver age-old services but in a new way.

Broker-owners will also have opportunities, but they must leverage their agent and investor networks to introduce instant offers in their listing presentations. They are perfectly suited for this new world of fast and furious, because …

This is not about displacement, it is about rethinking your business. It is also about rejecting old bureaucracies and tired systems.

But Opendoor and its well-funded peers are on a familiar path. AirBnB landed in every town in the world, ignoring the legacy rules of short-term rentals and hotel best practices. Uber plunged into the transportation business by slaying arcane traditions and local regulations that govern cab companies. And before that, YouTube turned upside down the entertainment biz when it defied intellectual property laws and published anything anyone posted onto their site.

These upstart mavericks used capital, a rebellious streak and innovative technology to set in a motion an exciting new consumer experience.

Once they were firmly entrenched, they asked for forgiveness and fought fierce and expensive legal battles to defend their position They had the capital and the courage to do so. They rewrote the rules and shook up entire industries.

The well-capitalized iBuyers and on-demand real estate movement is not breaking any laws that I know of, but they are on the cusp of shattering sacred traditions. This is the third generation of real estate innovators, and for the first time, a gang of rebels are not falling into line with old practices.

Zillow cavalierly launched its own internal iBuyer program, seemingly undeterred by what people may have expected of it, no longer walking on eggshells with the industry. Fears about the Seattle portal being in the middle of the transaction seem feeble, as it becomes the transaction.

And consider what Zillow, Opendoor, Offerpad and upstarts like Knock are doing?

Smarter people than me will figure out what this revolution turns into exactly. But for now, the trends are pretty obvious, the capital being invested is power-ball like in size and the inventions are upending the old rules.

And for now, that’s probably what really matters. 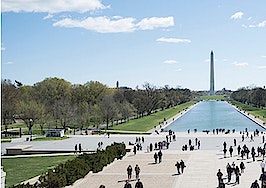 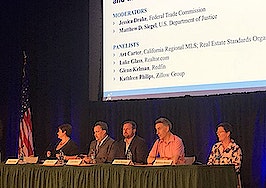