Although the nationwide spike in foreclosure starts is minuscule, 96 of the 219 metropolitan statistical areas (MSAs) Attom tracks experienced year-over-year foreclosure increases, which in some cases topped 100 percent as part of a multi-month trend.

Indianapolis, Indiana, led the way with a 107 percent increase in foreclosure starts from July 2017. In May and June, Indianapolis experienced year-over-year increases of 94 percent and 12 percent, respectively. 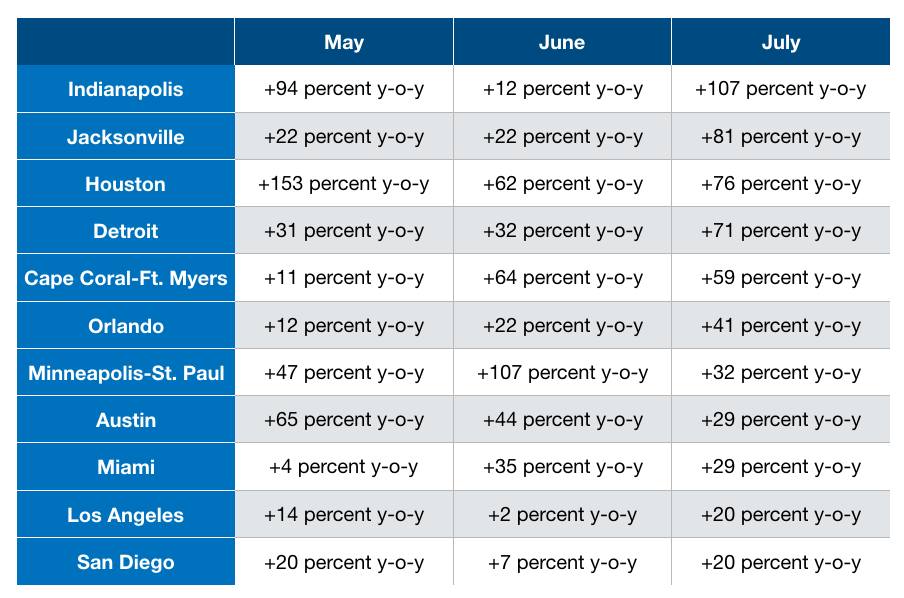 The 11 metros with the greatest foreclosure start increases in July.

“I wouldn’t call the nationwide number a spike; it was just up 1 percent from a year ago; however, that 1 percent stands out because it follows 36 consecutive months of year-over-year decreases in nationwide foreclosure starts,” Blomquist told Inman in the statement.

“When combined with the more established trends in some of the bellwether local markets, this nationwide increase indicates that foreclosures in this cycle have bottomed out and are starting to rise again as the result of looser lending gradually being introduced over the last few years.”

“Meanwhile, home affordability is at its worst level in nearly 10 years, meaning homeowners are having to stretch more financially to buy a home,” he added. “This is resulting in higher foreclosure rates on more recent loan vintages.”

“Specifically, we see a marked increase in foreclosure rates on FHA loans originated in 2014 compared to previous vintages,” Blomquist concluded.  “In addition to these widespread factors, markets experiencing some type of shock (natural disaster, large-scale layoffs) are often seeing even bigger increases in foreclosure starts.”

For markets in Florida and Texas, those “recent distress triggers” include a series of hurricanes and wildfires that have wreaked havoc on those states.

“There is the natural disaster driver in some parts of Texas and Florida, but beyond that these states have seen some of the strongest home price appreciation in the nation over the past six years of the recovery,” Blomquist noted while adding that rising home price appreciation trends have caused buyers to overextend themselves financially.

“I would want to note that this three-month trend is still a minor blip on the radar compared to the foreclosure numbers we were seeing during the housing crisis, but still an important shift in the trend to note because it indicates that risk is gradually returning to the housing market.”

Households with college students are twice as likely to experience foreclosure

US foreclosures fall to 12-year-low: CoreLogic 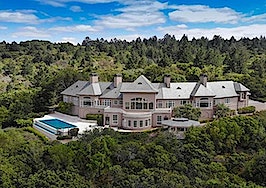