Offerpad
by Emma Hinchliffe
Share this article
You successfully shared the article.
Close

Offerpad CEO Brian Bair called up Inman to talk about Offerpad’s future three years into iBuying and one month after his co-CEO stepped down.

Brian Bair and Jerry Coleman launched Offerpad, an Arizona-based iBuying startup, in 2015. Three years later, Coleman has moved on as co-CEO of the company, leaving Bair at the helm, but the startup is still going up against real estate giant Zillow and fellow startup Opendoor, with its $600 million in capital.

Before cofounding Offerpad, Bair was a top real estate agent through the Bair Group and its concierge circle, handling all home services for sellers from landscaping to housecleaning. That full-service mindset led Bair to launch Offerpad, a different approach to streamlining the homeselling process for consumers.

Now, Offerpad operates in a handful of markets: Atlanta, Charlotte, Las Vegas, Orlando, Phoenix and Tampa. The company has identified its next five to eight markets — including Nashville and Dallas, which had been listed as coming soon on Offerpad’s website but have been taken down — and is intent on quick growth in late 2018 and early 2019.

“Our expansion is going to happen very rapidly,” Bair said. “We’re definitely getting ready to hit the turbo boost button.”

Bair got on the phone with Inman to discuss his company’s three-year anniversary and its path forward after a few months of changes in Phoenix.

What has been your biggest success or proudest moment in running Offerpad so far?

Having a 94 percent customer satisfaction rate — that’s something I talk about to the employees all the time, to the team. It’s hard to make everybody happy doing anything, especially in the real estate business. That would be the thing I am most proud of and that’s something that we talk about almost every day here.

What has been your biggest surprise so far in running Offerpad?

My background is in traditional real estate, so coming into it I’ve seen a lot, having done thousands of transactions before Offerpad was born. I felt strongly that consumers were ready and wanted this model. But the consumers’ reaction to it has been really even more favorable than I could have ever imagined or hoped for. I’m trying not to give too cheesy answers — surprise might be a strong word, but with the public wanting this, it’s been a nice surprise.

What have you learned about the different markets where you operate in your first three years? How would you compare Las Vegas, Phoenix, and Atlanta, for example?

All markets are very different, but they’re all very similar. The consumer has the same needs and the same wants wherever we go. But each market always has its own dynamic, from seasonality to local expertise and local expectations.

Las Vegas and Phoenix are very similar. But you can’t take Phoenix and Vegas and apply it exactly the same way to Atlanta, there are products that we buy for that area and certain expectations — you just have to know your stuff in these markets. There are basements in Atlanta, which there aren’t in Phoenix, there are larger lots. Those are some of the things you have to be prepared for.

That’s one area where we think we have a big advantage over competitors in this space. We pride ourselves on our operations and background in real estate. We have our people power — people who’ve been real estate agents for years that can help us buy the right properties and also give consumers the right experience.

What has been Offerpad’s biggest challenge?

You recently made some leadership changes with your co-CEO, Jerry Coleman, stepping down. What do things look like at OfferPad now that you’re the sole CEO?

Jerry and I have been business partners for a long time. We knew the co-CEO thing was something that couldn’t last forever, especially in this kind of fast-growing environment. Having a single CEO now, the purpose was being able to move faster, to be more agile, grow quicker and have the ability to make decisions fast. Naturally, having two CEOs, there are more people that need to be aligned. One of the main reasons we did that was just to grow faster.

It allowed Jerry to focus on the capital side and some of the strategic things we were doing. That’s the divide and conquer approach that we took. In this model, iBuyer, on-demand buyer, whatever you want to call it, I feel pretty strongly that we’re just really in the first inning of some of the potential we have with this model.

Three years in, the space of competition has more fierce than ever, including with Zillow entering the market. What is Offerpad doing to be competitive and to stand apart from other homebuying startups?

This model, it’s a difficult model because of all the different alignments you have to have with real estate and renovations and dispositions and finance and marketing and logistics and everything that has to come together to be able to grow really smoothly. Our competitive advantage by far would be our real estate operational experience. I’ve sat in thousands of living rooms, I’ve sold thousands of homes, I’ve been in really every end of the transaction. That gives us a competitive advantage as to what the consumer wants.

What’s the profile of a typical Offerpad customer?

There are no typical customers. The biggest misconception of our model, of Offerpad. If somebody took a paintbrush approach, they look at people who want to sell quickly or are in a distressed situation. With our company, it’s just the opposite. One of the no. 1 reasons our customers turn to us is because of lifestyle, they’re busy with work. We see people from the really busy professional to the large families, to the first-time homeowners, to people that have sold 10 homes to investors.

What do you want consumers to know about Offerpad?

What is Offerpad’s relationship like with the local agents and brokers in each of its markets?

My background is with agents. I have a lot of friends in the agent community. I’ve always been very pro-real estate agents— but some agents, they don’t like anything that disrupts their model, and I get it but there are different models. Most agents, when they understand what we’re trying to do, are friendly to the concept.

What are you most excited about for your business going forward?

The growth. I’m super excited to go into new markets and provide the Offerpad experience to more consumers, to see how far we have come with the company in three years, to just knowing where we’re going to be in another three years is really exciting.

This interview has been edited and condensed. 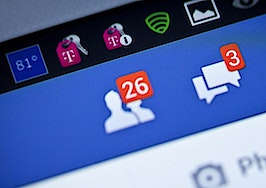