Other listing data intended for Realtors’ eyes only appeared publicly on several listings viewed by Inman last week on Compass’ mobile app and desktop website. Among them: detailed showing instructions, contact information for vendors and property disclosures (e.g. notices that property taxes are unknown or floors are slanted).

That’s text that appeared publicly on a Nashville, Tennessee-based online property listing visible on the website and mobile app of real estate brokerage Compass, in apparent violation of the rules of the local MLS, RealTracs.

Other listing data intended for Realtors’ eyes only appeared publicly on several listings viewed by Inman last week on Compass’s mobile app and desktop website. Among them: detailed showing instructions, contact information for vendors and property disclosures (e.g. notices that taxes property taxes are unknown or floors are slanted).

A Compass spokesperson told Inman via email shortly before this article’s publication that the data was fixed within hours of Inman’s notification. However, it is clear that the private remarks were displayed publicly for at least several days, possibly weeks or months.

Russ Cofano, a former president at eXp World Holdings and currently the host of a real estate podcast, said it was “very unusual” for brokerages to make such information available to the public.

There are no national industry guidelines prohibiting the display of such information, according to the National Association of Realtors (NAR). Instead, it is up to each individual MLS to decide.

“Under NAR’s IDX and VOW policies, an MLS may choose to allow the public display of certain types of confidential data, such as offers of compensation for cooperating brokers,” said NAR spokesman Wesley Shaw. “NAR does not track which MLSs have implemented these specific optional policies.”

However, RealTracs is not among those MLSs that permits the public display of private remarks. Such data only be shown to visitors who register for access to an MLS member’s VOW site, according to Mark Hill, vice president of communications at RealTracs.

If a Nashville brokerage website “displays a private remarks field that is not behind a VOW registration the website is out of compliance,” Hill said.

“More fields are available in the VOW because the participant has first established a broker-consumer relationship (as defined by state law),” Hill added. “Restrictions of fields displayable on IDX relate to that relationship which is why not all fields are included.”

After being shown screenshots of Compass listings displaying the private agent remarks, Hill said: “I can not ascertain anything from a screenshot and will have to verify things independently against the VOW rules explained below. That said, any potential notice regarding a violation of display rules or action taken (if any) is shared confidentially with the principal broker of the company or office in question.”

Pushing the data envelope is typically the province of discount brokerages or listing portals, not brokerages like Compass whose agents charge typical commission rates.

For example, Trelora, a Denver-based low-fee brokerage, made waves in 2015 by publishing commission data on its website. It promptly removed the content after receiving a cease-and-desist letter from the local MLS. But two years later, it found a way to surface that data again — this time in a way that it said was compliant with local MLS policies. 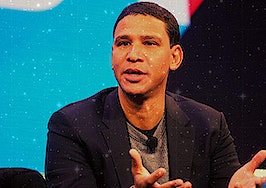 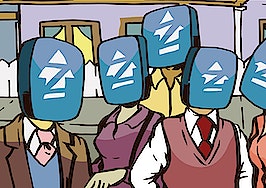 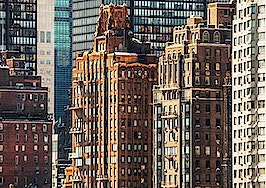 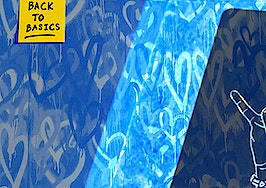 Can't we all just get along? 3 tips for establishing mutual respect