New research shows that real estate markets in flood-prone areas rebound fairly quickly after being run over by rising water.

There’s no doubt that floods are devastating — worldwide, a third of all economic losses inflicted by natural disasters are the result of flooding.

In the United States, floods are the most frequent natural disaster, according to Science Direct. They occur in all 50 states as the result of heavy rains, melting snow, tropical storms and broken dams, take more than 100 lives annually and cause billions in damages.

But new research shows that beyond all that, real estate markets in flood prone areas rebound fairly quickly after being run over by rising water.

The study by Norm Miller, the Hahn Chair of Real Estate Finance at the University of San Diego’s School of Business, and Mike Sklarz, president of the Collateral Analytics firm in Hawaii, found “inconsistent evidence” to back up the perception that floods have a long-term deterrent on real estate sales.

Rather, the authors report that after a brief downturn following a major hurricane or flood, “home prices rebound quickly, with very few long-term impacts on value.”

For their paper, Miller and Sklarz analyzed what they said was a “large database” of residential properties along oceans, bays and large lakes throughout the United State and examined price trends prior to and after major storms.

While most home prices dipped somewhat for a year or so after a major flood, they rebounded “with little permanent negative impact,” Miller and Sklarz found.

The authors determined that in most places, waterfront or near waterfront properties continued to demand “significant price premiums,” even though there were concerns about flood risk.

In South Carolina, the premium paid for oceanfront properties was 70 percent; in California, just over 60 percent.

Whereas some studies have predicted that waterfront properties will eventually lose value because of climate change or worries about climate change, Miller and Sklarz thesis is that there is “great market resilience or optimism that climate change is not a risk to be overly concerned about.”

The authors took a deep look at Stockton, California, and Chicago, San Diego and San Francisco at various elevations.

Stockton is subject to flooding from the San Joaquin River. But the authors found that housing price premiums along that tributary vary over time, cautioning to be careful making “sweeping generalizations” about proximity to water when it comes to pricing shoreline properties.

In the San Francisco metro region, they could not find any negative premiums placed on properties in low lying areas compared to those spots near the water in higher elevations. They didn’t observe any risk premiums in San Diego waterside properties either. Even in Imperial Beach, which floods at least twice a year at high tide, they found nothing to indicate people paid less.

Miller, who is affiliated with the Burnham-Moores Center for Real Estate at the University of San Diego, and Sklarz, whose firm develops analytical tools for real estate investors, offered several theories.

One, they posited, is that “the more typical buyers of coastal property are older and wealthy enough not to care.”

They also suggested that people buy in flood prone places because taxpayers subsidize their risk through the National Flood Insurance Program. Or, they added, it could be that waterfront buyers are mainly deniers of climate change who purchase dangerous real estate despite the risk.

In theory, they wrote, markets should “acknowledge and discount property value in line with flood risk.”

Yet, they found inconsistent evidence that price discounts are “subject to recent storms. (And) in harder hit locations, discounts seem to dissipate quickly.”

But they maintain that the “significant moral hazard” arising  from such subsidies has resulted only in minor capitalization of flood risk into property values, if there has been any at all. 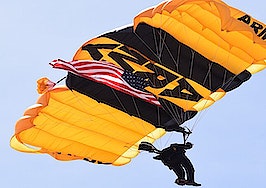 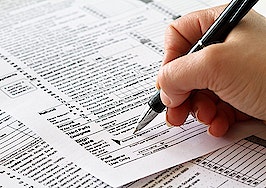 Why younger generations need to understand credit scores now
Back to top
Only 3 days left to register for Inman Connect Las Vegas before prices go up! Don't miss the premier event for real estate pros.Register Now ×
Limited Time Offer: Get 1 year of Inman Select for $199SUBSCRIBE×
Inmanpot
Log in
If you created your account with Google or Facebook
Don't have an account?
Create an Account
Forgot your password?
No Problem