At Homesnap, our assumption last year was that the above statement was true. But now, after validating and managing more than 12,000 Google Business Profiles for real estate agents, we can confidently admit that we were wrong.

Luckily, this is good news for real estate agents across the US! No matter what volume of business a real estate agent does, he or she has the potential to appear in Google search results above their competitors.

There are two secrets to this equation.

How do we know this? Over the past eight months, we’ve gathered enormous amounts of performance data from Google. For example, the average real estate agent who signed up for Homesnap Pro+ in November has received more than 1,000 profile views and 42 actions (calls, texts, website views, and direction requests). With a little bit of work up front by the agents, all of those numbers can increase drastically. More on that later.

Indeed, earlier this year Homesnap published an article on Inman on how Google is building a local marketplace for real estate agents within Google Search as we speak. The importance of being part of that marketplace will only increase when — not if — Google adds active listings to its search results.

Secret 2: Get reviews on Google, and get them often

Up until now, however, not much research has been published on how Google values reviews in its search algorithm. Spoiler alert: Google cares a lot about reviews.

Social proof in the form of reviews is important when it comes to decision-making. The more value that Google can provide to consumers through relevant results and social proof, the more market share they’ll gain.

In fact, the number one thing agents can do to increase the number of searches they appear in is to get reviews. Let’s take a look at agents who have had a Google business profile for six months and segment by those who have one review and those who don’t have any reviews. 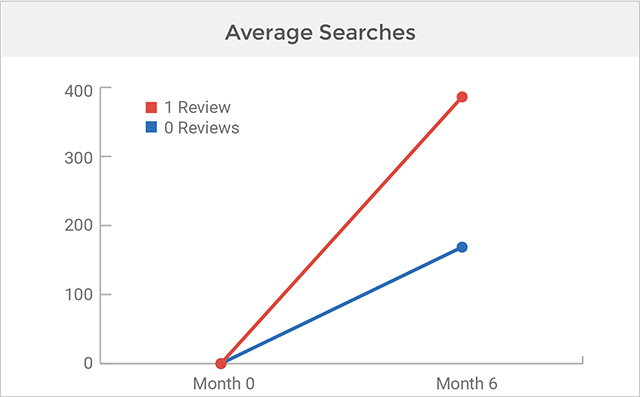 Agents with one review appear in nearly double the searches as those who have no reviews. This holds true for profile views and actions too. 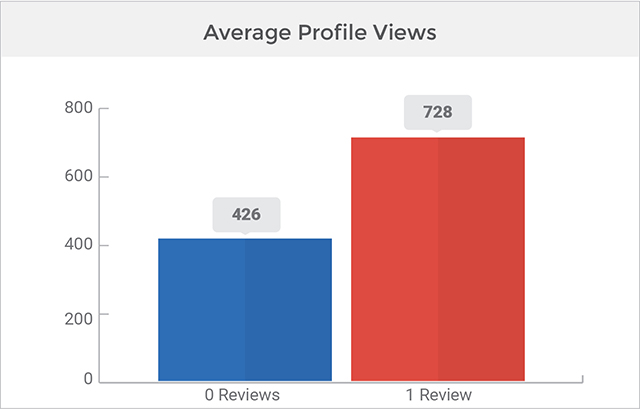 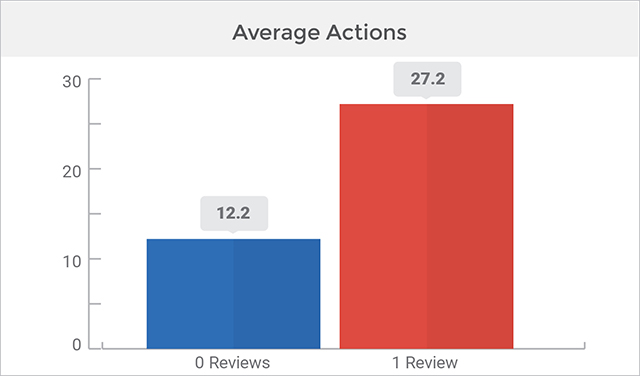 One review nets an agent a 71% increase in profile views and a 122% lift in actions.

It goes without saying that more reviews generally equals better performance.
We’re not saying reviews are the only factor that drive searches, merely that they are a top factor that Google’s algorithm considers when deciding which businesses to populate in search results.

A service that benefits agents of all shapes and sizes 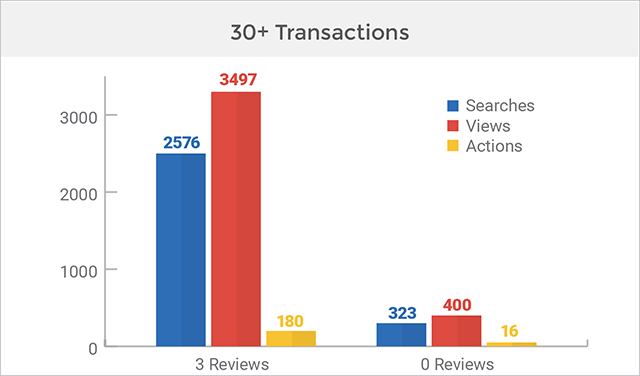 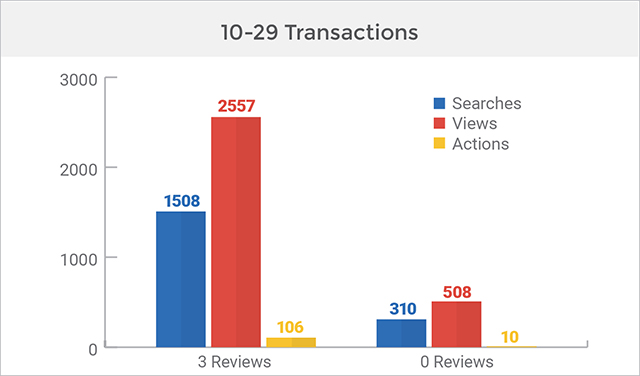 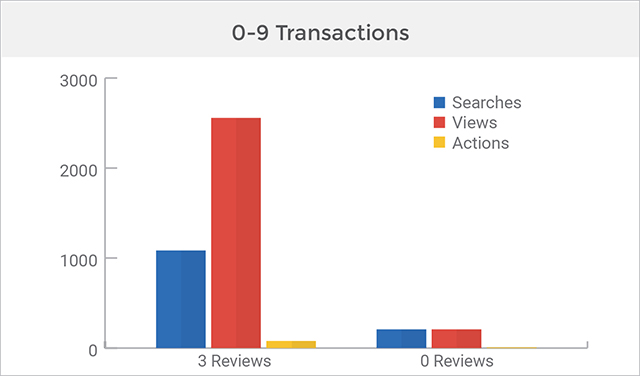 As you can see, lower production agents, while not quite as high as top producers, put up respectable performance metrics comparably when they have three reviews.

A review today is better than a review yesterday

We also crunched our data in time series. If you don’t have a review in the past 90 days, you’ll receive roughly half the number of indirect searches as agents who do have a recent review. 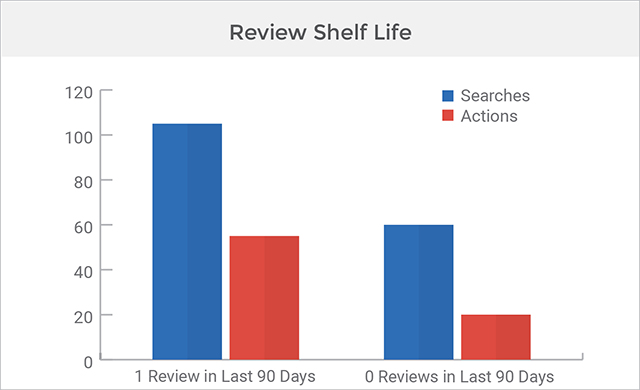 In addition to getting significant review volume out of the gate (say, more than three), agents need to ensure they generate new reviews regularly (at least one every 30 days to be safe).

But wait, how can I possibly generate enough reviews if I’m not a top producer?

We’ve seen that the best performing Google business profiles follow the basic formula of Lots of Reviews + Regular Reviews = Higher Search Volume and Consumer Actions.
But if you’re an agent who doesn’t service more than 40 clients every year, you may wonder how in the world you can generate enough reviews regularly. The answer is simple: Google doesn’t particularly care who your reviews come from, so long as they aren’t fake.

Google understands that the point of a review is to inspire consumer trust. As such, it’s more than ok to get reviews from those who can vouch for you in addition to clients you’ve worked with directly. Here’s a quick list of people we suggest you solicit reviews from:

Finally, we should mention that Homesnap Pro+ not only validates your profile and updates it regularly with fresh real estate content, but we also offer tools for soliciting and managing reviews. We’re the only real estate company that partners with Google and your MLS to make this happen.