The economic data, especially housing, is encouraging. The rate of GDP growth is steady near 2 percent, right on the Federal Reserve’s target.

The economic data, especially housing is encouraging. The rate of GDP growth is steady near 2 percent, right on the Federal Reserve’s target.

The Fed’s alternative measure of core inflation, personal consumption expenditures (PCE) rose only 0.1 percent in August and year-over-year 1.8 percent, too close to target for quibbling.

Orders for durable and capital goods reflect plans for business expansion and investments in productivity. August “durables,” volatile transportation orders aside, more than doubled the forecast, up 0.5 percent. Core capital goods fell 0.2 percent, but that’s not surprising given the now-obvious global recession in manufacturing.

Here’s an important global pattern: The various Purchasing Managers’ Index (PMI) surveys of global economies show manufacturing flat or shrinking, but the much larger service sectors are OK. The trade war is not spreading sideways within or between economies.

The most pleasant reports of the week: Home sales might be changing patterns for the better. Ever since the housing bubble imploded in 2008, housing has been suppressed, not remotely resembling any prior cyclical pattern.

Some reasons for low performance are gone (distressed inventory), but others we should hope will persist: Tougher mortgage underwriting and the death of subprime altogether.

But a third reason for soggy performance might be improving: All urban and suburban housing markets have been laboring with too little inventory for sale. Almost two-thirds of U.S. counties have more people moving out than moving in, and unless we can put something in the water out there to make Nebraska more attractive, we’d better build housing where they are going.

And we are building: August 2019 compared to August 2018, sales of new homes jumped 18 percent. Overall national sales are not so pretty. The National Association of Realtors’ measure of pending sales is up only 2.5 percent year-over-year, but that survey includes all the places from which people are moving.

In towns where people are moving out, home sales and prices are lousy. In the cities and suburbs where they are going, land is exhausted, which leads to agonizing debates about adding density.

The 10-year Treasury note in the last year. The big drop in August, the countermove in September, now steady for two weeks, is waiting for something to happen: 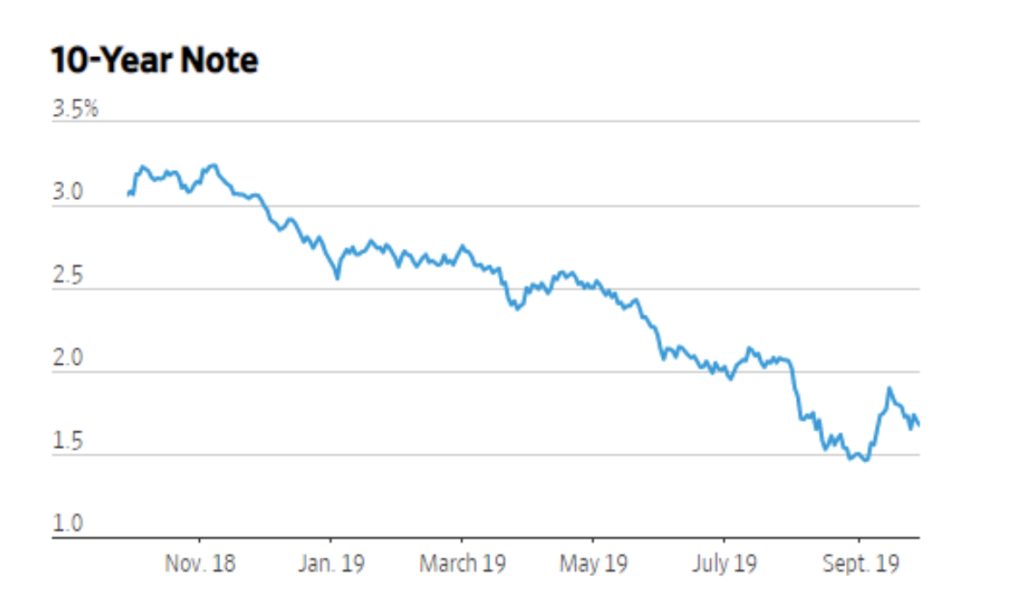 The Atlanta Fed GDP tracker, if anything, is up-trending: 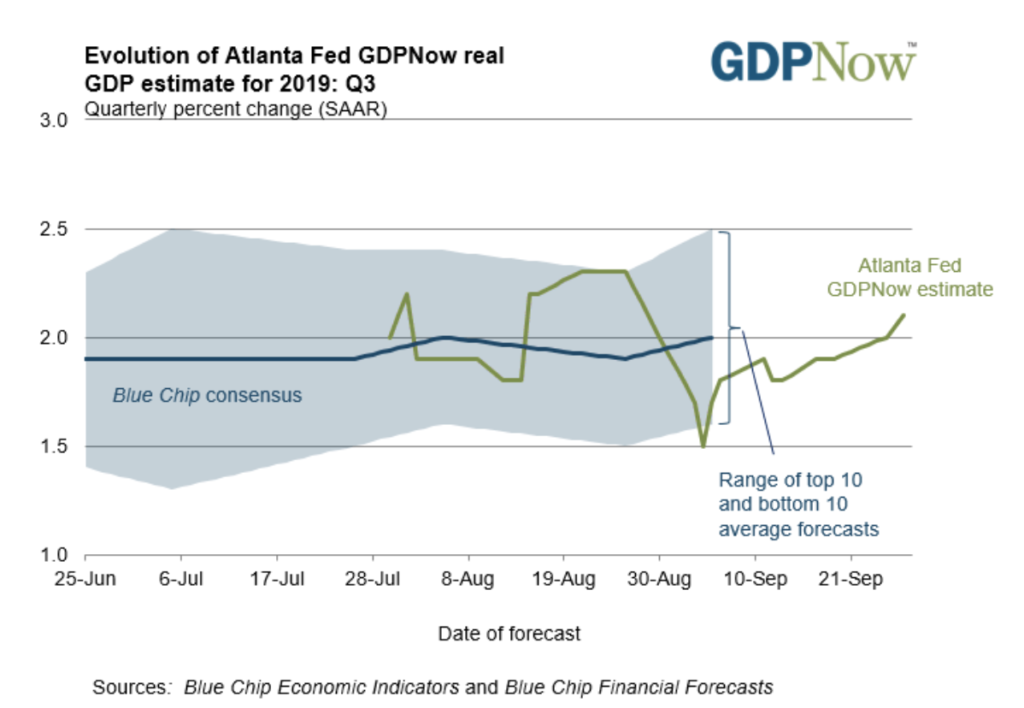 The ECRI with very different methodology than GDP calculations is likewise steady, if a slightly shakier level: 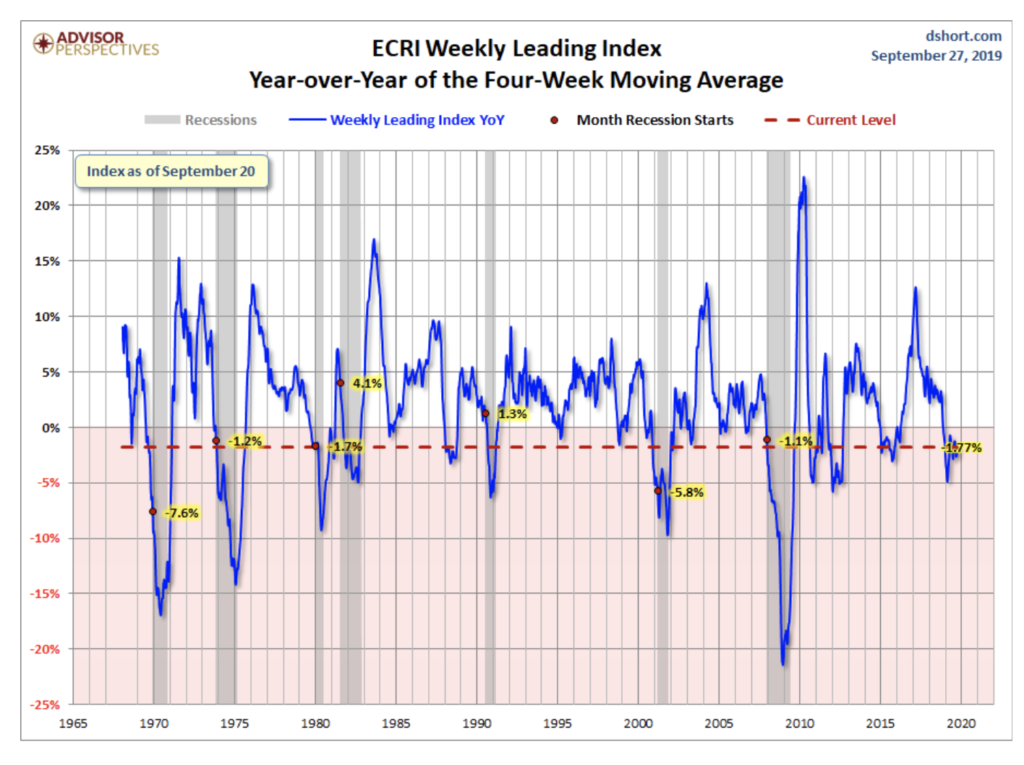