The Los Angeles City Council unanimously passed an emergency moratorium on no-fault evictions on Tuesday, one week after tenants in the city pleaded with the council to stop the rash of evictions ahead of the January 1 rent-control law deadline.

“We want to make sure that we can protect tenants,” Councilman Mitch O’Farrell said according to a report by ABC 7. “[We must] give those protections to as many renters as we possibly can, given the gravity of the situation.”

O’Farrell, along with council members Curren Price and Nury Martinez, proposed two plans during an Oct. 14 meeting, when more than 200 tenants reported either being evicted without just cause or having their rents being doubled.

However, the law includes some important exemptions. Landlords of most apartments built after 2004, most single-family rentals and unoccupied rentals can continue raising rents more than 5 percent annually. For cities with pre-existing rent-control laws, AB 1482 will only apply to units not covered by local laws.

According to Councilman O’Farrell, landlords are taking advantage of the law’s provision for unoccupied rentals by evicting tenants ahead of the January 1 deadline.

Current law allows landlords to evict renters without just cause, as long as a two-month notice is given. So, landlords are racing to issue evictions by November 1.

Mayor Eric Garcetti signed the moratorium a few hours later while doubling down on the city’s commitment to providing more affordable housing.

“Our city is experiencing a housing crisis, and we should be using every available tool to keep people in their homes, and runaway rents in check,” Mayor Garcetti said in a prepared statement.

“This ordinance is an important measure that will prevent evictions before the new state law takes effect, and I am proud to be able to sign it into law today.” 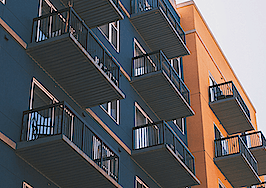 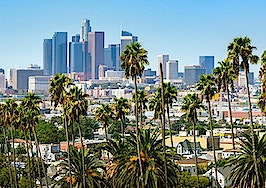 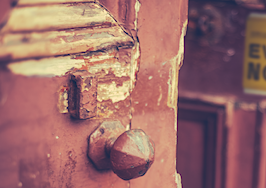