Wealth manager’s scathing critique of the asset class comes after Blackstone liquidated its position in the market.

A few well-funded tech startups have sprung up recently to help everyday people invest in single-family rentals, touting such homes as an under-appreciated, high-performing asset class.

However, the CEO of a money manager with $22 billion in assets under management, WealthFront, recently published a blog post that warned against parking capital in single-family rentals. Bear in mind that this CEO, Andy Rachleff, has an interest in bashing single-family rentals. WealthFront is in the business of funneling people’s wealth into the stock market. But there is another sign that the investment’s heyday may also be drawing to close: namely, private equity giant Blackstone’s full exit from this market.

Rachleff ripped into single-family rentals on the basis of what he said are their four primary shortcomings: no guaranteed income, low returns, lack of diversification and lack of liquidity.

In the post, he says single-family rentals aren’t certain to generate income because they may take some time to command enough rent to offset acquisition and holding costs, including mortgage payments and property taxes. And even when rent begins to generate a profit, returns tend to be low compared to the stock market, he said. That’s in part because publicly-traded equities historically appreciate at a significantly higher rate than home prices, according to Rachleff.

Rachleff also points out that it can be much more difficult for single-family rental investors to diversify their portfolios. Buying shares in a real estate investment trust (REIT) effectively spreads an investment across thousands of properties. And pouring money into ETFs (Exchange Traded Funds) distributes capital across many corporations. But buying a single-family rental concentrates funds in a single property. This puts a considerable amount of capital at the mercy of a single local housing market, as well as the vagaries of individual tenants.

While Rachleff’s arguments are targeted at individuals, there’s little denying that giant investors made a killing off single-family rentals. They binged on homes — many of them foreclosures — during the housing slump to capitalize on bargain-basement prices and heightened rental demand.

But as these investors have slowed their purchases of single-family rentals, they have created side businesses to finance loans for smaller investors to buy such properties, helping with the task of offloading their own holdings. Startups such as Roofstock, meanwhile, have also emerged in large part to help Wall Street sell these homes to smaller investors and individuals.

And in something of a turning point, Blackstone, the first Wall Street player build a single-family rental empire, recently left the market entirely, according to Bloomberg. It sold its remaining stake in the single-family rental behemoth that it created, Invitation Homes. These developments suggest that the most sophisticated investors have decided that higher returns lie elsewhere — consonant with the Rachleff’s self-interested argument.

“In fact, over the past 30-years single-family rentals have performed in line with stocks, with much less volatility and in a manner that lacks correlation to equities,” he said.

Citing the performance of single-family rentals during the housing slump, he added that “there is actually a defensive element associated with owning rental homes, since fundamental demand for the product (from renters) can actually increase during recessionary periods as fewer people are in a position to own homes.”

Editor’s note: This article has been updated with comments from Roofstock CEO Gary Beasley. 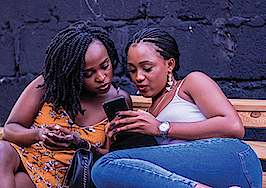 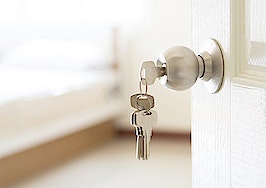 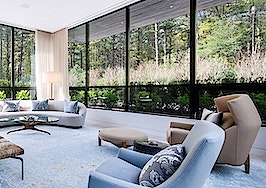 Domio, an iRenter that subleases to travelers, nabs $100M