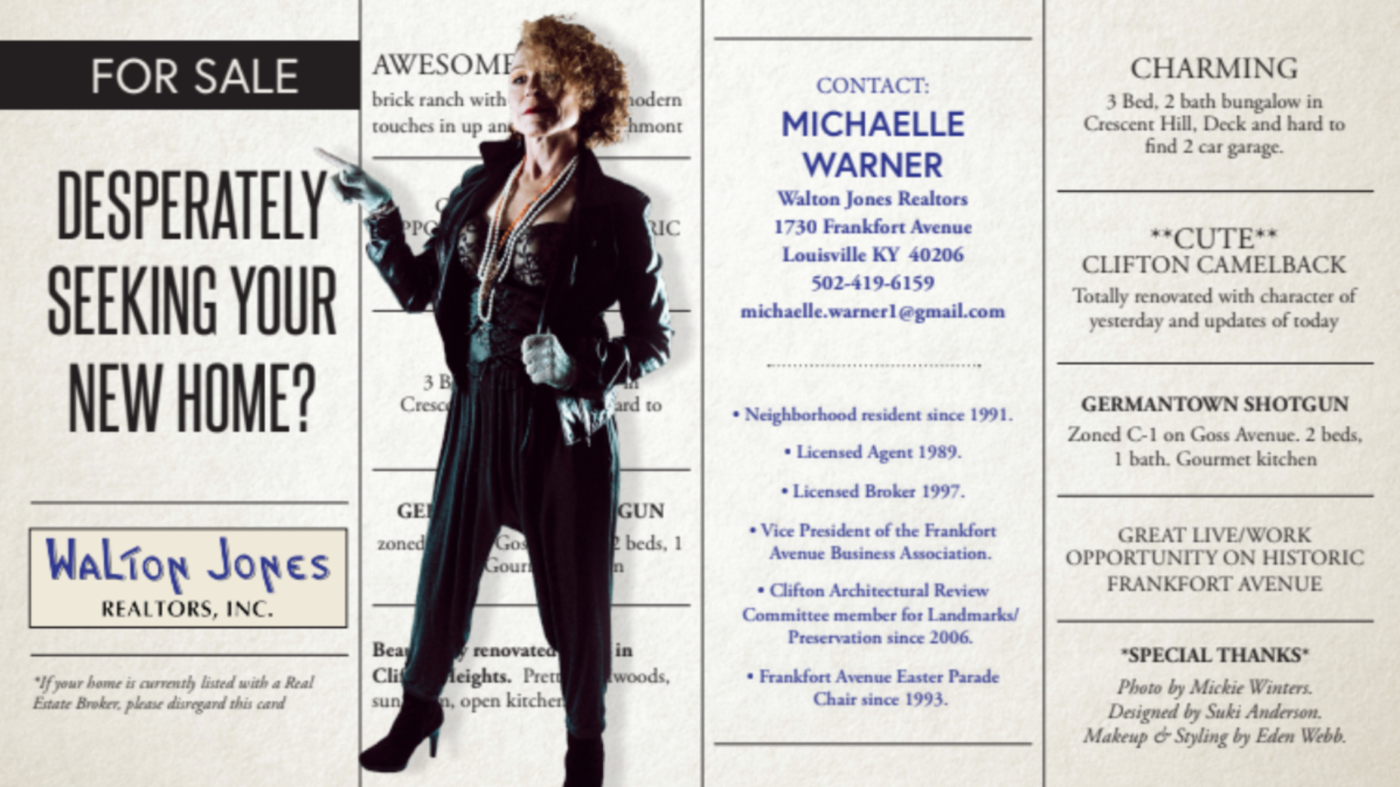 Michaelle Warner, a Kentucky agent known for her quirky movie-inspired real estate ads, has added another 1980s classic to her repertoire.

The matching ad and business cards, in which Warner poses in front of a newspaper print background wearing black pants and a leather jacket, mirrors the poster for the 1980s cult classic “Desperately Seeking Susan.”

Released in 1985, the movie stars two women, played by Madonna and Rosanna Arquette, who lead different lives but are connected through the personal column of a relationship.

Warner has been working as an agent since 1989, most recently with the Louisville-based Walton Jones Realtors. Last summer, she decided to draw attention to her business by staging and posing in two movie-themed ads — the 1999 film “American Beauty” and the 1996 film “Fargo.”

She said the marketing idea was a fun way for her to draw attention to her services by using humor and people’s memories of classic films.

“Some people don’t get [the ads] but I figure those who do are my demographic,” Warner told Inman in July.

Life after an agent team: The good, the bad and the ugly

Putting in an offer? 4 ways to sway listing agents and sellers