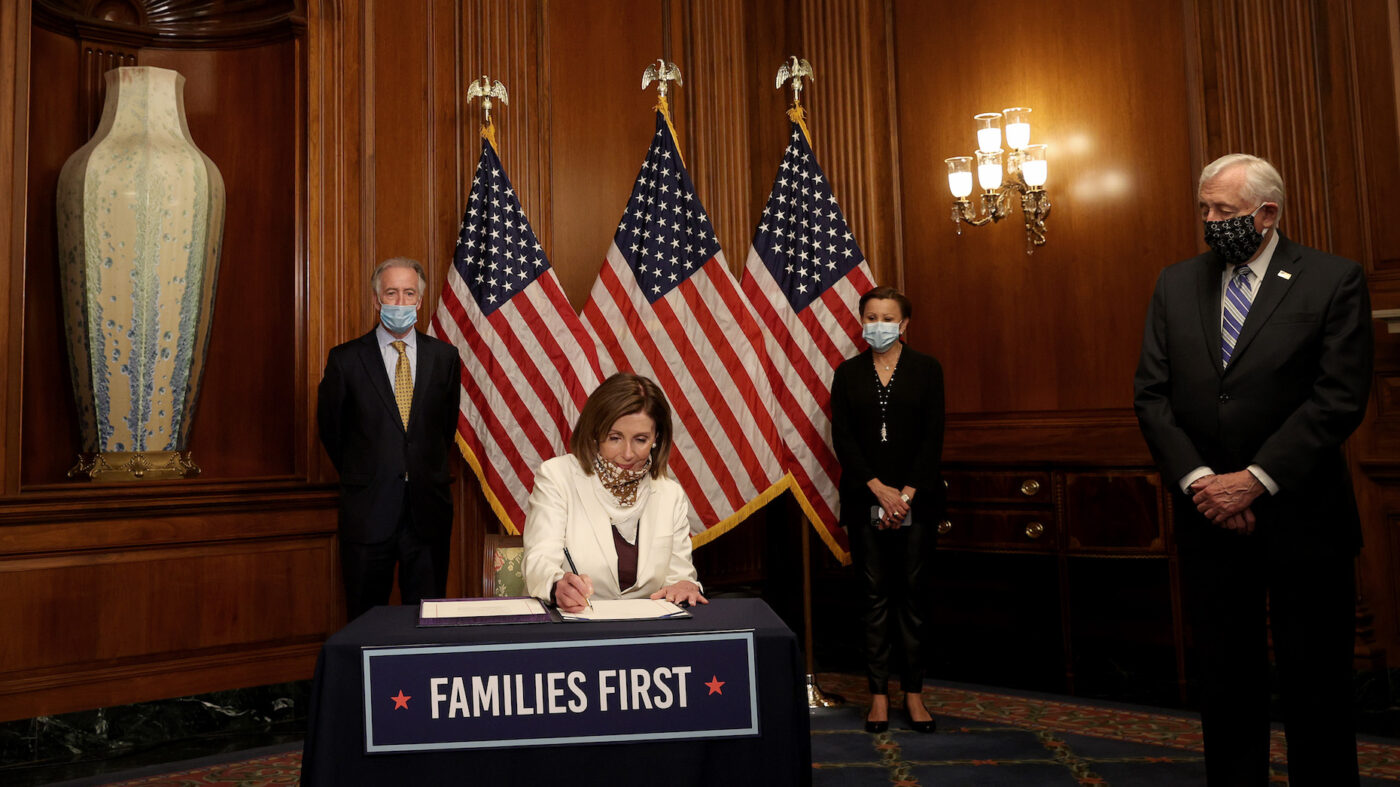 The new stimulus bill includes $310 billion for the Paycheck Protection Program, which is supposed to help small firms through the pandemic.

The House’s approval comes two days after the U.S. Senate also okayed the new stimulus cash. With Congress having signed off, the bill now goes to President Trump for his signature. Trump had previously said he would sign the bill, and reiterated his support Thursday, meaning that the money should begin flowing soon.

Out of the $480 billion the new bill sets aside for stimulus efforts, $310 billion is destined for the Paycheck Protection Program (PPP). The program allows businesses with 500 or fewer employees to get up to 2.5 times their monthly payroll. If the businesses use that money to pay employees, they don’t have to return the funds.

The new stimulus bill’s approval in the House comes one week after the PPP ran out of money. The program was originally created as part of the first stimulus bill last month, and had about $349 billion to distribute among small businesses.

However, the program experienced overwhelming demand. It was also plagued by glitches and unfulfilled requests for money. And many further criticized the program after large corporations such Shake Shack scored millions of dollars in aid (the burger chain later said it would return the money).

As the first round of PPP funding quickly dried up, Congress debated how to replenish the program — though Democrats and Republicans initially clashed over the details. Thursday’s approval by the House lays those conflicts to rest for the time being. According to CNN, the House approved the bill 388 to 5, indicating it has overwhelming bipartisan support.

Loans from the PPP are available to businesses in any industry, but it was particularly appealing to members of the real estate industry thanks to the forgivable nature of the debt, and to the fact that independent contractors were free to apply. The cash is actually being distributed through banks, though, so real estate firms’ ability to actually get funding has varied considerably depending on what lender they used.

Many also believe that $310 billion is still not enough for all the small businesses facing extinction during coronavirus-prompted lockdowns, and that the new funding will quickly run out again.

In the meantime, though, House Speaker Nancy Pelosi celebrated the new stimulus bill in a tweet Thursday, saying it represents “urgently needed assistance to fight this coronavirus and save lives.”

In a statement Thursday, National Association of Realtors President Vince Malta also expressed gratitude to lawmakers for approving more aid, saying that the small business “loan programs have been a lifeline for Realtors fighting to serve clients and pay employees during this crisis.”

Update: This post was updated after publication with news that President Trump had signed the law.