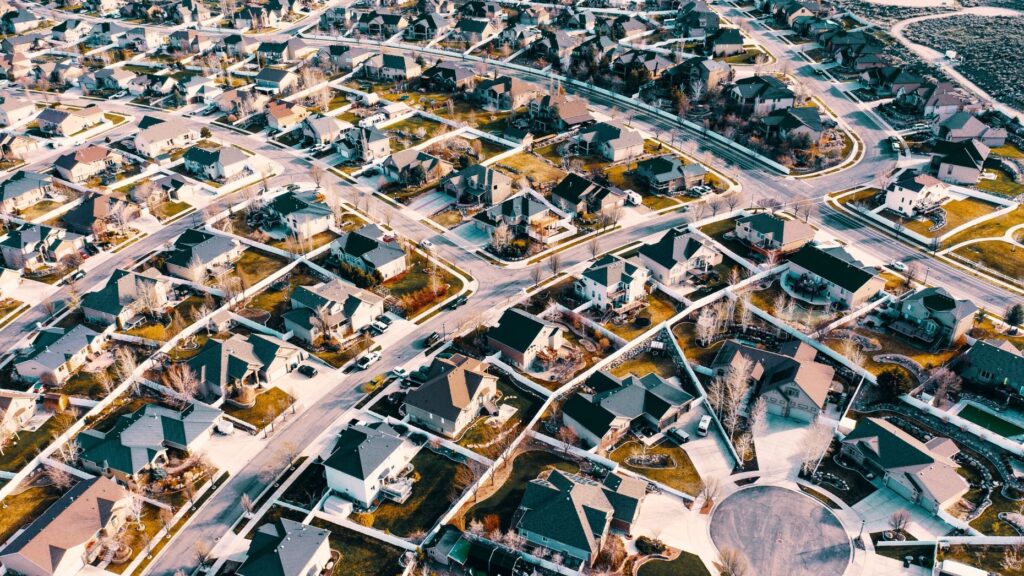 The total number of mortgages in forbearance declined for the fourth consecutive week, from 8.39 percent to 8.18 percent during the week ending July 5.

The total number of mortgages in forbearance declined for the fourth-consecutive week, from 8.39 percent of servicers’ portfolio volume to 8.18 percent during the week ending July 5, 2020, according to the Mortgage Bankers Association’s (MBA) latest forbearance and call volume survey.

Approximately 4.1 million homeowners are now enrolled in forbearance plans, according to the MBA’s estimates. 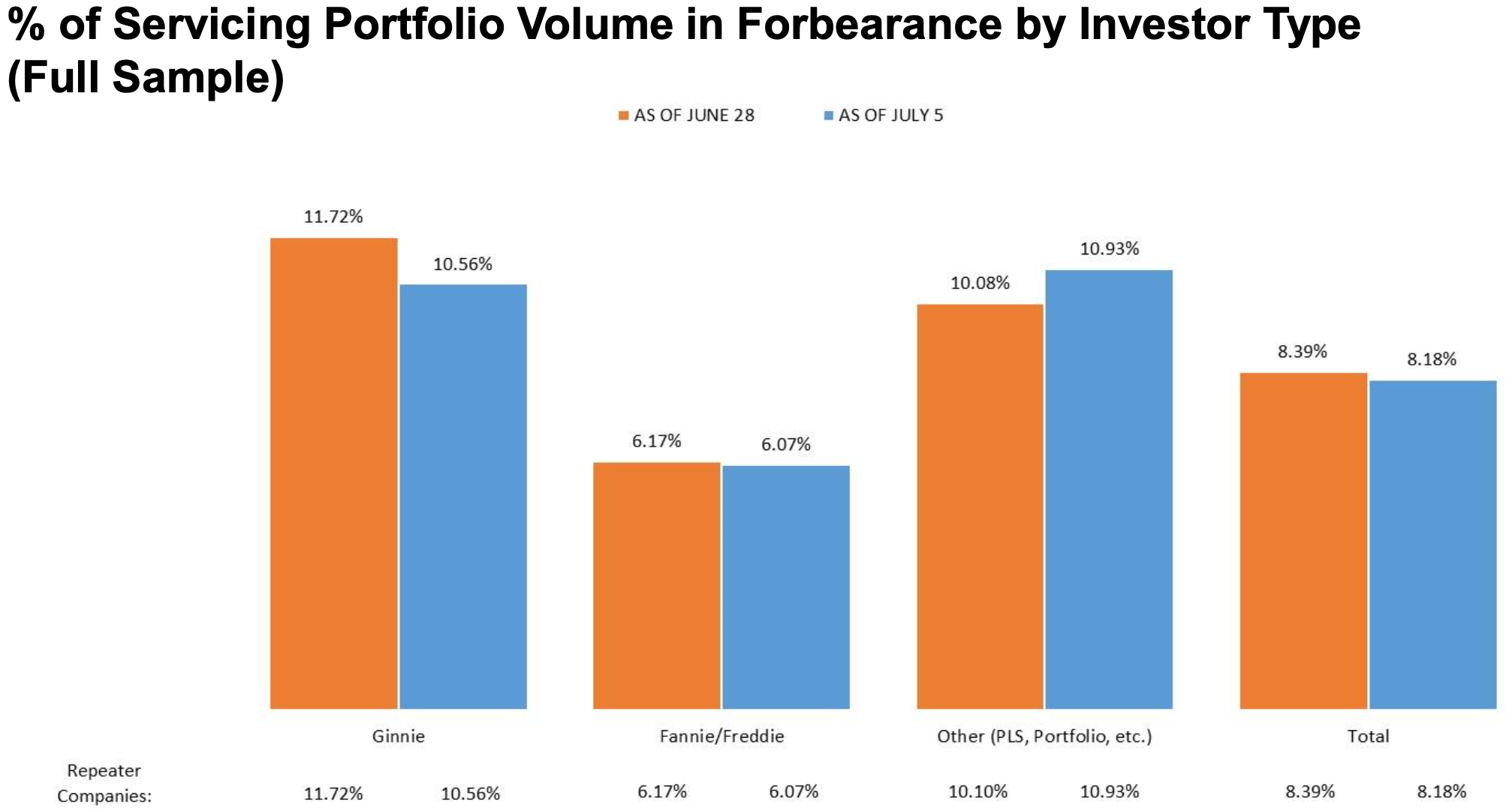 The percentage of Fannie Mae and Freddie Mac loans in forbearance continued to decrease for the fifth-consecutive week, from 6.17 percent to 6.07 percent. Ginnie Mae loans in forbearance declined significantly, from 11.72 percent during the week prior to 10.56 percent.

In contrast, portfolio loans and private-label securities (PLS) loans in forbearance increased from 10.08 percent the week prior to 10.93 percent as loans were bought out of Ginnie Mae pools and brought into bank portfolios.

“The share of loans in forbearance continues to decrease as more workers are brought back from temporary layoffs,” Mike Fratantoni, senior vice president and chief economist of MBA, said in a statement. However, our survey reveals a notable shift in the location of many FHA and VA loans, which have been bought out of Ginnie Mae pools — predominantly by bank servicers — and moved onto bank balance sheets.

“As a result, there was a sharp drop in the share of Ginnie Mae loans in forbearance and an offsetting increase in the share of portfolio loans in forbearance,” Fratantoni added. “These buyouts enable servicers to stop advancing principal and interest payments, and to work with borrowers in the hope that they can begin paying again before they are re-securitized into Ginnie Mae pools.” 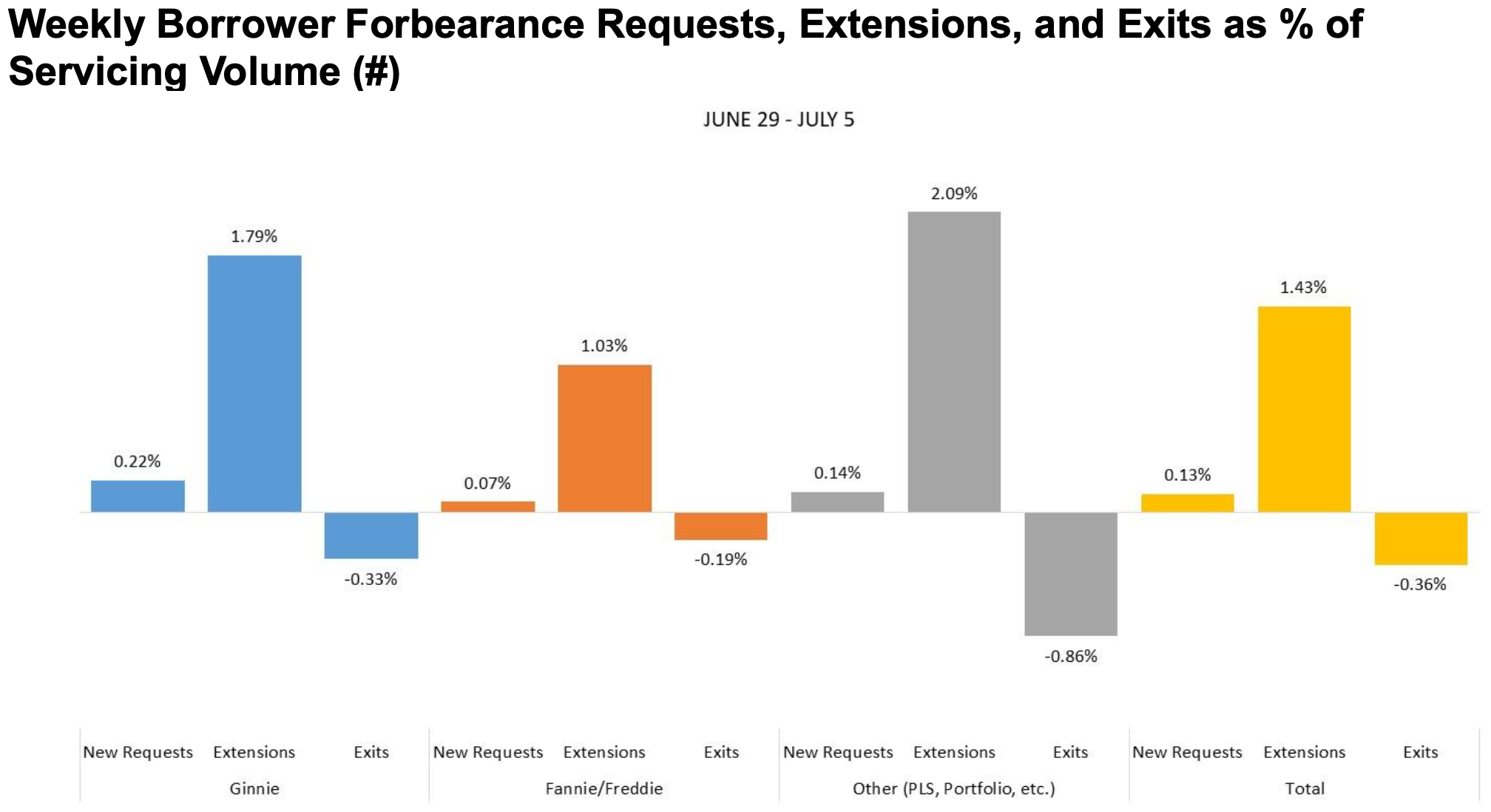 While most loans in forbearance saw a decline this week, total weekly forbearance requests as a percent of servicing portfolio volume did see a slight increase from 0.12 percent the previous week to 0.13 percent.

“Forty-three percent of loans in forbearance are now in an extension following their initial forbearance term, while more than 10 percent of borrowers entered into a deferral plan to exit forbearance — down from 16 percent the week prior,” Fratantoni said. “For those exiting forbearance over the next several months, we expect to see many of the borrowers with [Government-Sponsored Enterprise (GSE)] loans to utilize the deferral option.” 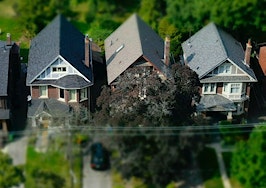 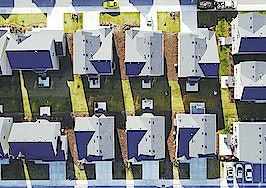