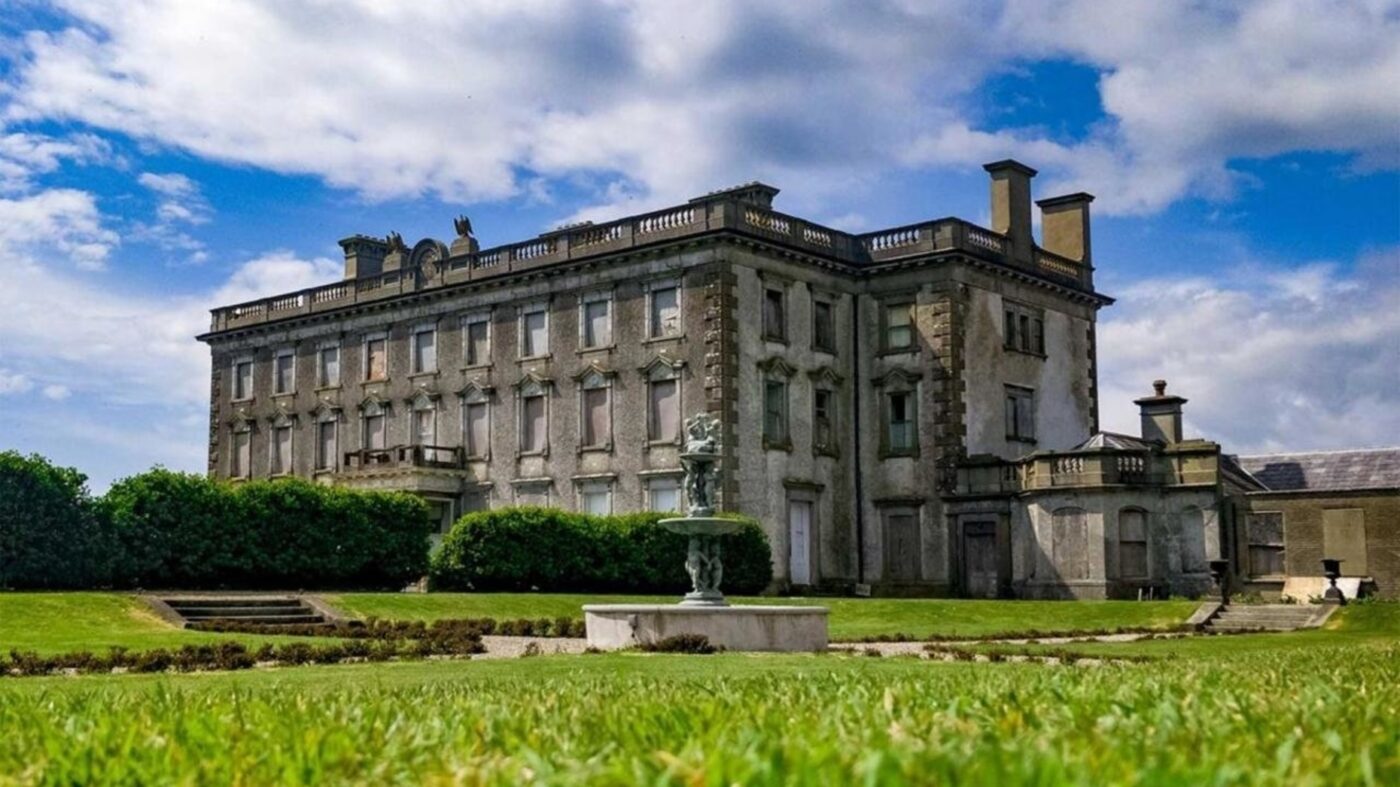 Loftus Hall, a 900-year-old property that regularly hosts ghost tours, is said to have been visited by Satan himself.

Loftus Hall, a property that earned a reputation as the most haunted mansion in Ireland, just hit the market for $2.9 million.

The estate, a part-gothic, part-Palladian manor in southeastern Ireland dating back to 1170, was put on the market for $2.5 million euros (approximately $2.9 million USD). The owners, Aidan and Shane Quigley, bought the property for 625,000 euros in 2011, restored it and have been using it to host ghost tours.

According to longstanding legend, former owners Lord and Lady Tottenham invited a stranger inside on a stormy night in the 1700s. Their daughter Lady Anne developed a crush on the stranger. One night, they were playing cards when she dropped one and bent underneath the table. She saw that the stranger had hooves rather than feet and screamed in fright — the stranger then burst into a cloud of smoke and disappeared.

As outlined in the Irish Examiner, the woman became convinced that she had seen the devil himself in the form of the stranger.

After that, Anne started losing her mind and the family locked her up in the estate’s tapestry room. The rumor goes that Anne, who died a few years after the incident, has occasionally been spotted wandering the halls of the mansion.

The property’s architecture certainly lives up to the spooky legend — a stone facade, long hallways, a dark marble entryway and creaking wooden staircases.

Over the centuries, Loftus Hall has switched hands many times and served as a girls’ school and a hotel. It also has years and years of Irish history behind its walls. It was attacked by English soldiers in 1642 while the family that originally owned it was forced out during Cromwell’s  time in power. It underwent extensive renovations in the 1870s and in the 20th and 21st centuries, was also used for film and television filming.

The Quigleys ran the ghost tours non-stop for years but are now hoping to hand it over to new owners — operating it for business runs a tab of around 250,000 euros (approximtely $294,000 USD) yearly.

The estate sits at 27,124 square feet and over 63 acres of land, which includes gardens and a private beach. Many repairs also need to be done as the house is nearly 900 years old — there are signs of flooding, dilapidated beams and a decaying structure.

Aidan Quigley told Mansion Global that he will not be enlisting a real estate agent and will be trying to sell the house himself by interviewing buyers.

“Loftus Hall is more than a house. It is a business, and we’ve invested so much in the brand, but it also allows people to buy into a part of history,” he  said.

The newest addition to your buyers' wish list: 'Zoom rooms'

Sponsored Content
How I sell in 'hidden gem' markets

Yo homes! The 'Fresh Prince Of Bel-Air' mansion is on Airbnb
Back to top
×
Inmanpot