The California Association of Realtors, the largest state Realtor association in the nation with more than 200,000 members, has hired its first chief diversity, equity and inclusion officer.

Farrah Wilder, a former attorney and licensed real estate agent with real estate brokerage Compass until she joined the trade group this month, will take the lead staff role in supporting C.A.R.’s diversity, equity and inclusion efforts, the trade group said in a press release. C.A.R. said it was not aware of any other state Realtor associations with a similar position on staff. 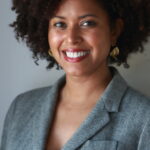 “Since the late 1990s, C.A.R. has had a position focused on diversity issues such as inclusion, affordable housing, and fair lending. Wilder’s hiring supplements these efforts C.A.R. has had for more than two decades,” a C.A.R. spokesperson told Inman via email.

“With the reports from the Long Island investigation and recent social injustice, C.A.R. recognizes there’s much more work to do in the area of fair housing to address the homeownership disparities and gaps that persist today.”

Wilder was a civil rights attorney for five years before getting her real estate license in 2007. She spent three of those years at the U.S. Department of Education’s Office for Civil Rights, according to her LinkedIn profile. Her attorney license has been inactive since 2011. She started off her real estate career at Better Homes and Gardens Real Estate Mason McDuffie and joined Pacific Union International in 2012, which was subsequently bought out by Compass in 2018.

“As a former civil rights attorney and Realtor, Farrah has a proven track record and deep expertise in homeownership issues that impact underserved communities and communities of color,” said C.A.R. CEO Joel Singer in a statement. “With her leadership, C.A.R. hopes to target the longstanding and unacceptable barriers to housing access and achieve measurable positive change for diverse communities throughout the state.”

Wilder will collaborate with those inside and outside C.A.R. “on initiatives that will dramatically heighten awareness, allyship and capabilities across the organization,” the trade group said.

The trade group noted that Wilder has chaired a variety of association committees as a volunteer leader, including serving as the 2018 chair of C.A.R.’s Federal Committee, contributed to the development of residential real estate policy and lobbied lawmakers at all levels of government. Wilder also served on the boards of directors of the Oakland and Oakland Berkeley Association of Realtors (now Bridge Association of Realtors) from 2014 through 2017.

“Farrah has always used her voice and talents to uplift those in her community,” said Eric Wong, 2020 president of the Bridge Association of Realtors, in a statement.

“She was an integral force in reestablishing a housing committee at our association,” Wong added. “Her initial work on that committee was to improve municipal down payment assistance programs to better serve the market, advocate to local policy makers for equity for first-time home buyers of color, provide critical research and feedback for nonprofit housing providers on how to shape their outreach and programs, and create a model grant program for closing cost assistance.

“Farrah’s impact and reach has been immeasurable in the Oakland/Berkeley area. C.A.R. is indeed lucky to have her.” 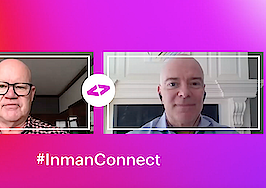 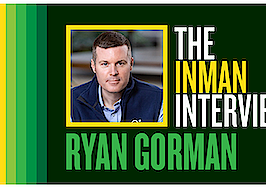 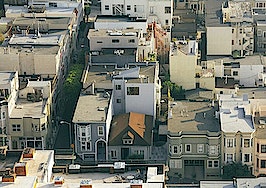