The Mortgage Bankers Association believes that delaying the mandatory compliance date, as proposed by the Consumer Financial Protection Bureau, will not increase access to credit.

Early in March, the Consumer Financial Protection Bureau (CFPB) proposed to delay the mandatory compliance date for its General Qualified Mortgage final rule. Now, the Mortgage Bankers Association is standing against that proposal, saying it would bring uncertainty to the housing market.

The CFPB issued final rules related to qualified mortgage (QM) loans back in December. Lenders are required under the law to determine that consumers have the ability to repay mortgage loans before lenders make those loans. Loans that meet legal standards for QM loans are presumed to be loans for which consumers have such an ability to repay.

Previously, the QM rule required a 43 percent debt-to-income ratio, except for loans backed by the government agencies Fannie Mae and Freddie Mac. The new General QM Final Rule changes this and replaces the current requirement for General QM loans with a limit based on the loan’s pricing. And in the second final rule issued, the Bureau created a new category for QMs, Seasoned QMs.

The new General QM went into effect on March 1, 2021, but was set to become mandatory on July 1, 2021. Now, the CFPB is proposing to extend this date to Oct. 1, 2022, to ensure homeowners struggling with the financial impacts of the COVID-19 pandemic have the options they need.

“At a time when so many consumers are struggling and at risk of losing ground, particularly Black and Hispanic consumers, we need to do all we can to help people stay in their homes and to ensure the availability of responsible, affordable mortgages,” CFPB Acting Director David Uejio said at the time. “In proposing to extend the date by which lenders must comply with the CFPB’s new General QM definition, we are working to provide needed options for both homeowners and lenders during a time of uncertainty and hardship.”

But the Mortgage Bankers Association disagrees with this extension, saying it would not help homeowners and could bring disruption to the housing market.

“While we commend the Bureau for its willingness to take proactive steps to mitigate the effects of the COVID-19 pandemic on the housing finance system, we do not support the proposal to delay the General QM Final Rule’s mandatory compliance date, as it will not expand access to credit and will inject considerable uncertainty into the housing market,” MBA CEO Robert Broeksmit said in a letter to the CFPB. 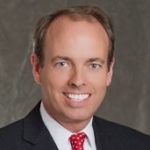 “While MBA understands and shares the Bureau’s desire to assist consumers suffering from the pandemic’s market disruption, we do not believe delaying the mandatory compliance date of the General QM Final Rule is appropriate or would accomplish this goal,” Broeksmit said. “Structured as it is, the proposed rule would not meaningfully expand access to QM loans and seems very unlikely to do so in a way that would benefit borrowers impacted by pandemic. As we do not believe the Bureau’s stated rationale for delaying the mandatory compliance date would achieve its desired impact, there would seem to be no justification for extending the existing timeline.”

In fact, the MBA stated that the new General QM Rule increases access to credit.

Aside from the access to credit portion, the MBA also explained in its letter that delaying mandatory compliance would disrupt the mortgage industry and discourage innovation.

“Prior to the proposed rule’s publication, it was understood that the Temporary GSE QM would be replaced by a price-based QM construct on July 1, 2021,” Broeksmit said. “This knowledge allowed market participants to plan and develop systems to accommodate the transition, including by developing new approaches to reach borrowers based on a framework that did not depend entirely on either a restrictive DTI-based approach or the GSEs’ proprietary underwriting systems. The proposed rule eliminates this certainty by making it unclear how long the price-based QM will remain in effect and, if it is replaced, what alternative the Bureau ultimately will adopt.”

Redfin economist: 'We're going to have pain' while high inflation lasts
Back to top
Only 3 days left to register for Inman Connect Las Vegas before prices go up! Don't miss the premier event for real estate pros.Register Now ×
Limited Time Offer: Get 1 year of Inman Select for $199SUBSCRIBE×
Inmanpot
Log in
If you created your account with Google or Facebook
Don't have an account?
Create an Account
Forgot your password?
No Problem