Title companies saw a surge in 2020, but one economist predicts they may soon become obsolete as blockchain makes its way into the mortgage industry.

Title companies are seeing more business than ever, but could that be about to come to an end? One economist thinks so.

But despite this increase in activity, one economist said title companies could become obsolete as blockchain technology becomes more popular.

“Prediction: Blockchain and NFTs will make title companies obsolete,” Redfin Chief Economist Daryl Fairweather wrote in a Twitter thread. “The market for title companies right now is over $16 billion. The role of the title company is to make sure the home seller actually owns the home and has the right to sell it (an NFT could take care of that).”

Prediction: Blockchain and NFTs will make title companies obsolete. The market for Title companies right now is over $16 billion. 1/4

“Homebuyers purchase title insurance so the lender is protected in case someone comes along and makes an ownership claim to the home (you wouldn’t need that if homeownership was unequivocally verified via an NFT),” Fairweather said. “Title companies maintain escrow accounts so earnest money is held safely until the home sale closes. You wouldn’t need that if earnest money was recorded in a blockchain.”

Blockchain, a subset of distributed ledger technology or DLT, is essentially a methodology of storing and tracking information on a series of blocks which together form a chain of blocks and resemble a ledger, blockchain expert and Symmetry Blockchain Advisors CEO Debbie Hoffman wrote. This ledger is not stored on one server, but on a decentralized database which includes a multitude of computers, or “nodes.”

One of the benefits of such a decentralized database is that it sets a higher standard for a cyberattack due to the fact that more than 51 percent of the computers would have to be simultaneously hacked for such an attack to occur. Furthermore, the decentralized storage of information allows for peer-to-peer business; this means information can be obtained more directly and there may not be a need for a middleman or facilitator of payment or data.

A non-fungible token (NFT) is a unit of data stored on a blockchain that certifies a digital asset to be unique and therefore not interchangeable. NFTs can be used to represent items such as photos, videos, audio and other types of digital files.

And many think blockchain will take over in 2021. Sagent Lending Technologies claims blockchain is no longer “a solution looking for a problem” in housing finance, saying it can wring out 117 basis points of cost from origination through securitization.

If blockchain makes major waves in 2021 and beyond, title companies could become irrelevant, or need to shift their focus or business model going forward. 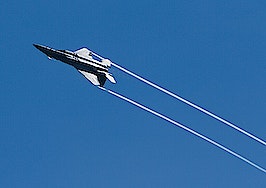