The Inman community will gather virtually for Connect, June 15-17. It’s a powerhouse lineup of speakers, and our focus is on the New Normal: what business looks like on the other side of the pandemic. Let this conversation with one of our June Connect speakers serve as an appetizer and get your ticket to this June’s Inman Connect before prices go up.

Although the pandemic has impacted millions in heart-wrenching ways, it’s also provided unique opportunities to others in the form of remote working and the freedom to move outside of increasingly expensive and crowded coastal hubs. 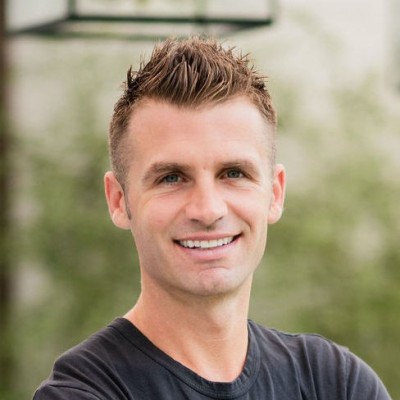 For some homeowners, that meant finding a new primary home in cheaper, nearby suburbs. For others, that meant finding the perfect second home to escape the restrictions of everyday life. However, second-home buyers found their journey to be more difficult than ever before with booming demand and inventory shortages hitting second-home markets harder than the average American city.

Even with these challenges, Pacaso co-founder and CEO Austin Allison believes there’s plenty of opportunity in the second-home market, thanks to alternative financing and ownership models like the one Pacaso helps facilitate.

Here’s what he had to say about the impact of the pandemic on the second-home buyers and misunderstandings about co-ownership and what it means for consumers.

Inman: The pandemic sparked what we’ve come to call, at least at Inman, “The Great Reshuffling.” How has that reshuffling impacted the demand for second homes?

Allison: At a high level, the pandemic has introduced a lot of flexibility in people’s lives, more than what existed before. That is causing families to rethink how and where they live and work. And for many families who now have the freedom to either on a permanent basis or semi-permanent basis work remotely, it means that the idea of being able to use a second home is more feasible than it ever was before.

What about the supply side? Are second-home buyers facing the same level of competition as buyers who are looking for a primary home?

We’ve seen a reduction in inventory, and this trend is more pronounced in second-home markets. We were already in a state of low inventory pre-pandemic, but post-pandemic, the inventory levels decreased significantly.

Nationally, the number of active listings is down roughly 50 percent year over year, which is huge, especially when we were already in a state of low inventory. It’s tough, and it’s driving up prices and making it harder for people to realize that dream of second-home ownership.

Outside of price, what are some other impacts the pandemic has had on the second-home market? What are the buying trends you’re noticing with your customer base?

Now, I’m no longer an outlier there. There are lots of people who are moving into some of these markets that have historically been second-home markets.

The other thing that’s happening with the classic second-home buyer, is there’s a lot more of them. In parts of Napa Valley, where we operate, for example, it’s not uncommon to see more than 50 percent of homes being purchased in the region by second homeowners.

Also, classic second-home buyers want proximity to their primary home. About 70 percent of people who are looking for a second home through Pacaso are looking for a second home within a reasonable drive, which usually means 200 to 300 miles, at least on the West Coast. Meanwhile, driving patterns are a little bit different as you get further East and people are comfortable driving a bit further.

Another thing that we’re anticipating and starting to see is that as things start to open up, and people become more comfortable traveling, we do expect to see kind of a surge and an increase in interest in fly-to markets. One example of that would be Hawaii, which is a place that you obviously can’t drive to.

We’re also seeing new sort of secondary markets that may be locally relevant, but not nationally known, that are also seeing a big uptick in interest. People are now looking all over to find that special place they can call a second home.

What about the financial barriers to second-home ownership? Homebuyers had to contend with stricter lending standards just to purchase a primary home. It’s not hard to imagine that struggle being more intense for second-home buyers.

Most people above a certain household income level have always aspired to own a second home. It’s almost primal in nature, after food and primary shelter, to think about a second home.

But historically, most families have not been able to realize that dream. It’s very expensive to own a second home and justify owning 100 percent of something that you’re only getting to use 10 percent of the time.

I think [this justification issue] is why we’re seeing so much demand for second-home co-ownership because it makes the second-home dream accessible at a lower price. It’s also easier to justify owning an eighth of a second home, which is more aligned with how much you actually use it.

Could you give some insight into how co-ownership works? I read past Inman stories about Pacaso and the main criticism is that it sounds a lot like timeshares. How can agents walk their clients through the process of co-ownership and help them decide if it’s the right move?

It’s a great question. [Co-ownership] is actually very different than a timeshare. It’s most analogous to do-it-yourself co-ownership, which is when a group of friends or family members decide to own a house together. That practice is quite common, and it’s been around for decades and decades, particularly in second-home markets where you have friends buying together or multi-generational families inheriting property.

Our model is no different. It’s true property ownership unlike a timeshare, which is effectively the right to use a hotel room or condo for a period of time. Imagine if you’re an owner in the Marriott Vacation Club and the Marriott went out of business. You and 15,000 other people would only have a piece of paper that says that you owned the right to use the Marriott. There’s no underlying intrinsic value.

If you were to snap your fingers to make Pacaso as the co-ownership manager go away, you still own a house. You and your other co-owners could just sell your property independent of Pacaso.

For real estate agents, this is a new tool that empowers more people on the buy-side to realize their dream of second-home ownership. And on the listing side, it’s a new tool that empowers sellers to sell part of their home. There are many second-home owners who own 100 percent of their homes they only use 10 percent of the time.

They don’t want to sell the home because they love it, but they also don’t need to own all of it. So, Pacaso is a tool that helps real estate agents win more listings and it transacts just like a normal real estate deal. We handle all the details associated with the co-ownership model. We put together the LLC that owns the property [and] we manage all the details. We also have an owner app with scheduling software that empowers owners to share the home and all that good stuff.

Again, for the real estate agent, working with Pacaso is like handing out a referral, except you get full commission. Pacaso pays 3 percent on all transactions, even in a market like Southern California, where the norm for a co-op agent commission would be 2 to 2.5 percent.

Beyond Pacaso, there’s been a lot of talk about alternative financing models and all these different ways to be able to own a home and get the wealth-building benefits. What are your thoughts on the future of this part of the industry? What solutions still need to be made?

The thing that makes second homes so unaffordable, which is effectively what alternative financing seeks to solve, is that these homes are expensive. Supply is limited and demand is high, which makes them even more expensive and highly underutilized. So co-ownership is kind of like alternative financing in the sense that it’s empowering people to put less money down to own a second home.

I’m sure there will be additional innovation that happens in the space [and] there’s already a lot of stuff happening around creative ways to finance homes, sharing equity as homes appreciate, and fractional sort of deposit concepts that empower new homebuyers to sort of co-own the homes with their parents.

In the second home space, I think the biggest thing that we can do right now to make homes more affordable, is to make better use of the housing stock. And the way to do that is is through co-ownership. 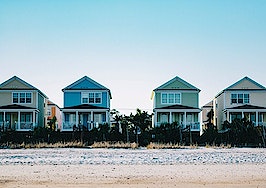 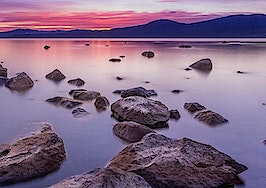 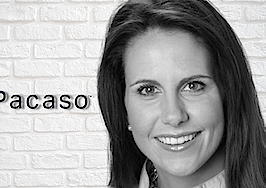 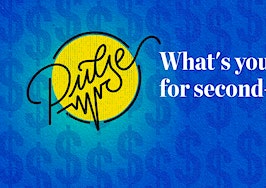