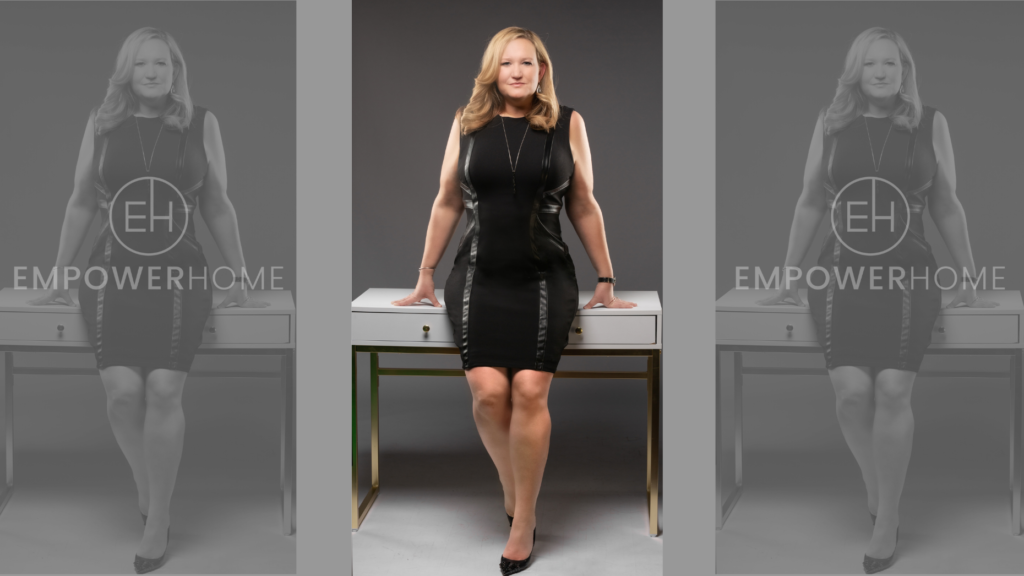 by Sean Moudry
for EMPOWERHome

“I’ve been hoping someone would come up with a solution to companies like Redfin and Zillow that are undermining the Realtor,” said Reynolds.

In a recent announcement, Reynolds shared how she came to the conclusion that she and her team would lead the fight against the technology companies and limited-service brokerages to ensure the value of the Realtor is preserved, and their clients receive the highest level of service.

“Market disruptors lacking the belief in the power of the local realtor are coming after our livelihood.”

Market pressures from limited-service competitors have forced many agents to reduce their commission in order to earn any business at all, causing what the industry has coined “commission compression.”

These companies continue to raise millions of dollars to further their efforts. All while many real estate brokerages are seeing less market share and lower profits than ever before.

“There were over 1.5 million licensed Realtors in 2021 and there were over 6 million homes sold last year. This means on average, each Realtor had only four sales— making it one of the closest to “poverty” level incomes in America,” said Reynolds. “Someone needs to step up and ensure real estate agents remain relevant or agents will be out of business in the next ten to twenty years.”

The system is broken

A primary reason traditional real estate brokerages struggle to crack the code and become disruptors themselves, is because they lack the ability to get in front of buyers and sellers at a high level. They also are not adapting fast enough to be able to compete, leaving it up to the agents to attract and service clients, and now it may be too late for them to catch up.

As Reynolds said, “Technology companies have the ability and the dollars to get eyes and clicks from the consumers. However, the biggest risk of all is that they aim to eliminate the Realtor altogether, because they don’t believe in the power of a fiduciary.”

The solution is for someone to step up and provide the leadership and services to empower agents to scale their businesses fast. This person or company must have the know-how to get in front of and convert buyers and sellers into clients, and most importantly the inexorable belief in the fiduciary value of the Realtor.

In a recent company-wide meeting, standing in front of 230 of her team members, Reynolds said “I’ve waited and waited for someone to STEP-UP.”

Reynolds soon realized she had to stop waiting and start acting.

“The only company that can step up and take on these disruptors, has to have all three of these things,” said Reynolds.

Now, there is only one company with all three: EmpowerHome. 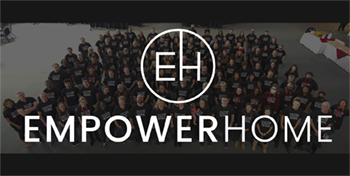 The Reynolds Team was founded in 1988 by Sarah’s mom, Debbie Reynolds, and led by Sarah for over the last decade, is a household name in the DC Metro market. The licensed and trademarked consumer programs and patent-pending processes that have led to The Reynolds Teams’ growth became something they sought to expand, starting in 2016. Through The Reynolds Team Network, Sarah and her Team have provided these proven programs along with marketing, advertising, and inside sales, amongst other services to agent partners and teams across multiple locations.

Serving ten markets throughout the U.S, The Reynolds Team Network has a track record of getting agent partners in front of buyers and sellers, with 80% of closings (over 1 billion in sales volume in the last 12 months!) coming through their lead pillars and Inside Sales Department. This has led to them having the highest gross commission income per location out of all expansion teams within Keller Williams, the largest real estate brokerage in the world. In each market where The Reynolds Team Network has launched, they have taken market share at a rapid pace, all while partnering with local experts who have the heart to serve clients at a high level.

To scale their efforts it became necessary to pivot their real estate expansion business into a full servicing company. This new company is specifically designed to help agents, teams, and businesses achieve rapid growth so they can not only compete, but thrive in the midst of industry change.

“We will lead the industry and take on companies that threaten to eliminate and cheapen the value of a realtor. We have a responsibility to protect our industry. We will do this through EMPOWERHOME.” said Reynolds.

“What I love about Sarah is her undying commitment to the agent and the industry.” said fellow Realtor and PLACE Co-Founder Ben Kinney. “It takes a lot of leadership and vision to build businesses as big as Sarah has built with EmpowerHome —- we are excited to see that vision be a part of the change this industry is requiring.”

The Reynolds Team Network, now EMPOWERHOME, is the only expansion network that provides every resource an agent or team will need to take market share and grow rapidly. These resources are centralized in one location, leveraging economies of scale to execute profitably at a high level with a leadership team and departments that specialize in each service provided.

Over the last decade, Reynolds and her leadership team have perfected the execution of these services, ensuring that everything is in place to get agents in front of more buyers and sellers at a high level.

Gary Keller, founder and Chairman of Keller Williams, said, “I’ve personally witnessed Sarah and her business growth for the last decade, and she is truly one of the most successful individuals at execution and the pursuit of excellence I’ve ever known.” 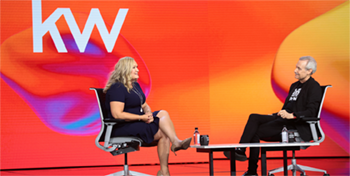 Reynolds understands that for any agent or team to be successful against disruption, they too have to become a disruptor and be able to provide more value.

“I launched EMPOWERHOME as the agent’s best chance to compete against large, heavily funded technology companies and limited-service brokerages,” Reynolds said. “This industry has provided me with so many opportunities, and I have stood on the shoulders of giants. Now it’s our responsibility to take on the challenge that is facing our industry today. To that, we say… challenge accepted.”